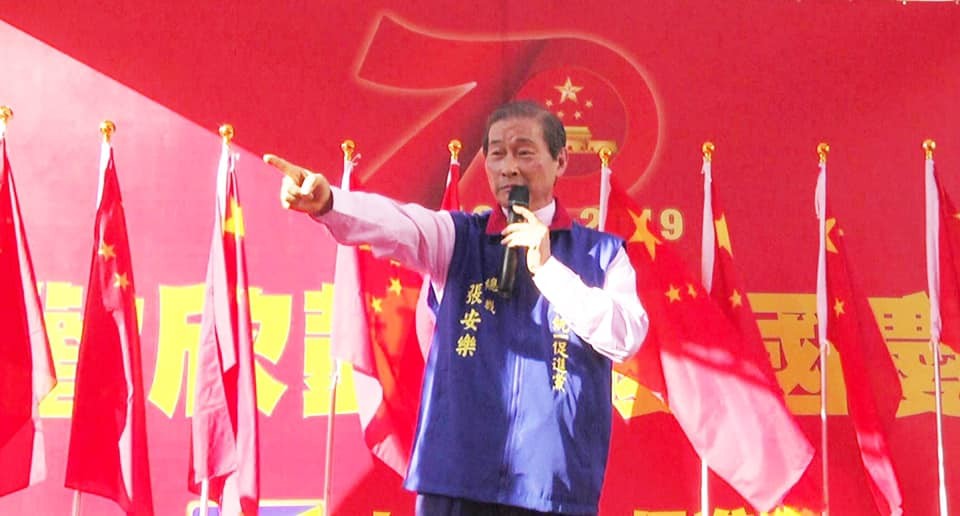 TAIPEI (Taiwan News) — Former gang leader and head of the Chinese Unity Promotion Party (CUPP, 統促黨) Chang An-le (張安樂), aka the "White Wolf," on Monday (June 8) announced that he will be leading a rally in front of the de facto American embassy in Taipei on Friday (June 12) to "enforce justice on behalf of heaven" for George Floyd.

As protests continue across the U.S. over the death of George Floyd, Chang on his Facebook page on Monday wrote that "in order to protest against the serious violation of human rights and provoking of ethnic antagonism by the U.S. government, the Chinese Unity Promotion Party will issue a solemn statement. We sincerely invite people with lofty ideals to participate in the grand event and join us in enforcing justice on behalf of heaven."

The CUPP is a pro-Chinese Communist Party (CCP) organization in Taiwan and its mission is to promote the CCP and unite Taiwan with China. The party actively promotes the "one country, two systems" framework and often can be seen waving the flag of communist China, causing many public disturbances over the years with its aggressive protesting tactics.

One of the more memorable incidents was when Chang brought a coffin to the Legislative Yuan to protest what he perceived to be Premier Su Tseng-chang's (蘇貞昌) willingness to fight to the last man in a war with China. However, his political stunt went awry during a scuffle with police when he accidentally fell into the coffin.

The rally is slated to be held in front of the new American Institute in Taiwan (AIT) in Taipei City's Neihu District starting at 10 a.m. on Friday morning. Members of the Facebook group "辣台派挺蔡英文" condemned Chang's planned rally as a ploy by the Chinese Communist Party (CCP) to take advantage of racial tensions in the U.S.

"The leadership behind the protest is very clear."

"Does anyone think the U.S. is afraid of the Bamboo Union [gang] or the Chinese Unity Promotion Party?"

"The AIT has the U.S. Marines, do you want to be a punching bag?"

Below is White Wolf's announcement of the rally: