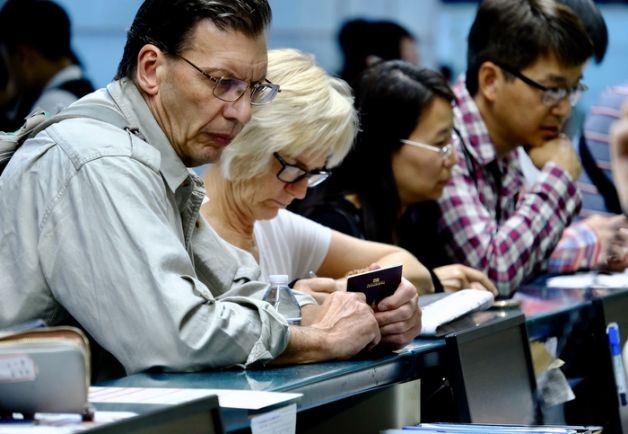 TAIPEI (Taiwan News) — After Taiwan opens its borders to travelers, they will be required to pass a polymerase chain reaction (PCR) test for the Wuhan coronavirus (COVID-19) before they will be allowed to enter the country, the Central Epidemic Command Center (CECC) announced on Monday (June 8).

During a press conference on Monday, Minister of Health and Welfare and CECC head Chen Shih-chung (陳時中) said that when Taiwan eases its border controls, foreign visitors will be required to test negative in a PCR test before they can enter the country. In addition, after entering Taiwan, Chen said that they will also be subject to follow-up testing and self-health management measures, depending on the activities that they engage in while in the country.

Some question the CECC's claim that the key to borders reopening is the wearing of masks by Taiwanese and argue that the key should be a better border testing system. Chen responded by saying that airport testing has its effectiveness, but cannot guarantee that 100 percent of people carrying the virus will be detected.

Chen said whether looking at the experience of other countries or Taiwan, both are the same. Taiwan's quarantine staff spotted about 100 confirmed cases, but another 100 were discovered during home isolation, while others tested positive after completing their 14-day quarantine.

The CECC head said that successful detection requires several layers of screening, and there is no way to succeed in epidemic prevention with a single method. Only careful inspection at all stages will ensure the prevention of the spread of the disease.

"When foreigners want to open up [Taiwan's borders], they must test negative with the PCR test," said Chen, according to ETtoday. He said that CECC will not implement mass testing on Taiwanese entering the country from abroad because the government is obligated to treat them if they are infected.

However, Chen said the government is not obligated to treat infected foreign travelers. He said that if sick foreign passengers are allowed to enter without screening, they could quickly start a local outbreak.

In order to prevent foreign nationals from spreading the disease in Taiwan, Chen said that testing is a key line of defense that must be maintained at airports.