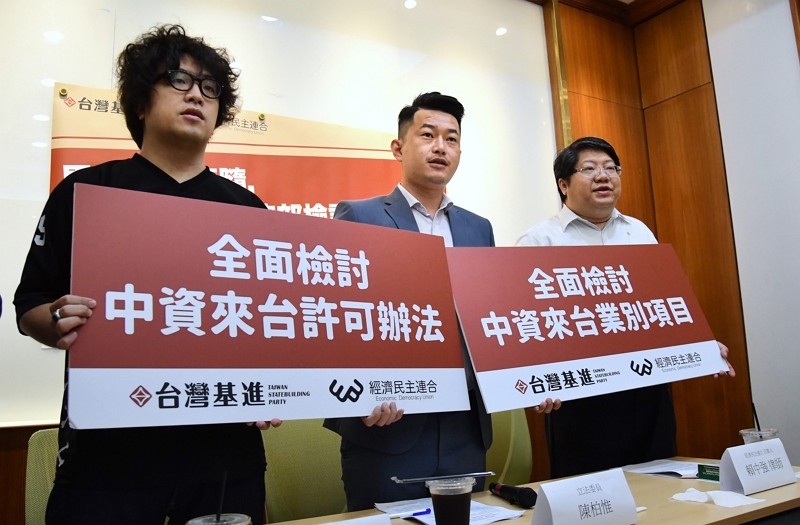 TAIPEI (Taiwan News) — Legislator Chen Po-wei (陳柏惟) of the Taiwan Statebuilding Party (TSP) joined a number of critics on Monday (June 8) calling for stricter rules regarding Chinese investment in Taiwan as the island country seeks to reduce reliance on China.

There is an urgent need to review a regulation pertaining to investment in Taiwan conducted by Chinese people, companies, and organizations, a regulation that has not been revisited since 2015, said Chen at a press conference. He was accompanied by Lai Chung-chiang (賴中強), convenor of the civic group Economic Democracy Union (經濟民主連合), and Shen Pao-yang (沈伯洋), assistant professor of the National Taipei University’s Graduate School of Criminology.

According to Lai, Taiwan opened up a number of areas for Chinese investment between 2008 and 2016 during President Ma Ying-jeou's (馬英九) administration. Lai was a supporter of the Sunflower Student Movement in 2014 that protested the forced passage of a trade pact with China.

As a result of President Ma's policies, Chinese have been allowed to invest in domestic sectors such as manufacturing, public construction, public transportation, IT services, and new urban development projects, Lai stated. This runs contrary to President Tsai Ing-wen's (蔡英文) plans to cut back dependence on China, CNA quoted him as saying.

Shen also took the opportunity to point out that infiltration activities by Chinese perpetrators have increased since the coronavirus outbreak. According to him, a growing number of Chinese accounts have been found antagonizing netizens on a range of online platforms in attempts to sow seeds of discord in Taiwanese society.