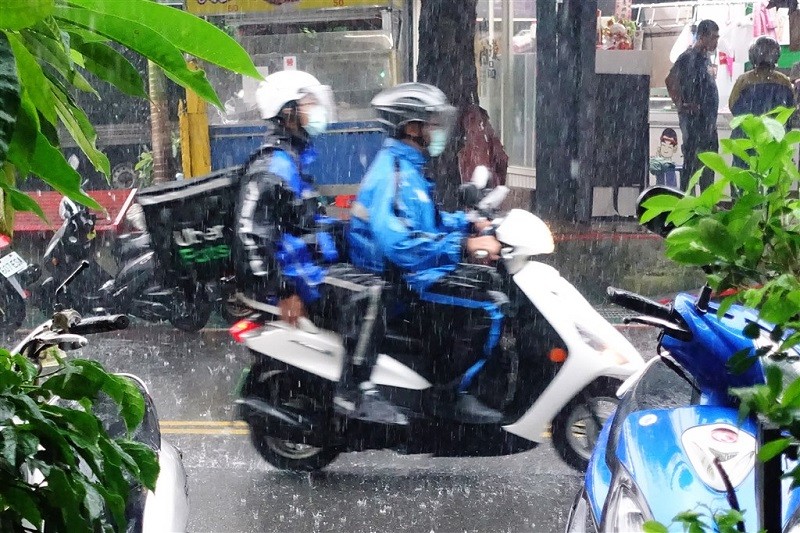 The Central Weather Bureau (CWB) on Sunday evening issued a heavy rain advisory for 16 cities and counties across Taiwan, as a plum rain front approached the country.

With the arrival of the front, northern parts of Taiwan, Nantou County, Yilan County and mountainous areas north of Chiayi County can expect heavy downpours, gusty winds and thunderstorms Sunday night into Monday, the CWB said.

An extremely heavy rain warning, which means 200 millimeters over 24 hours or 100 millimeters in a three-hour period, was issued at 5:45 p.m. for Nantou, Chiayi and Hualien counties.

A heavy rain alert was issued for Keelung, Taipei, New Taipei, Taoyuan, Hsinchu City and County, Miaoli, Taichung, Yunlin, Tainan, Kaohsiung, Pingtung and Yilan, warning of accumulated rainfall of 80 millimeters for more over a 24-hour period or 40 millimeters within an hour.

The plum rains occur during the East Asian rainy season and are caused by fronts in the region that usually arrive in late spring and early summer.

They will ease off Tuesday, when the plum rain front departs, and cloudy to sunny skies with occasional showers can be expected, he said.

Meanwhile, the CWB has issued a "yellow" heat warning for Taitung, saying daytime temperatures in the county are expected to rise to 36 degrees Celsius around noon Monday.

Wu also warned of high temperatures across the country, saying the arrival of an intense warm air mass will send the mercury to highs of 36 degrees Wednesday to Friday.