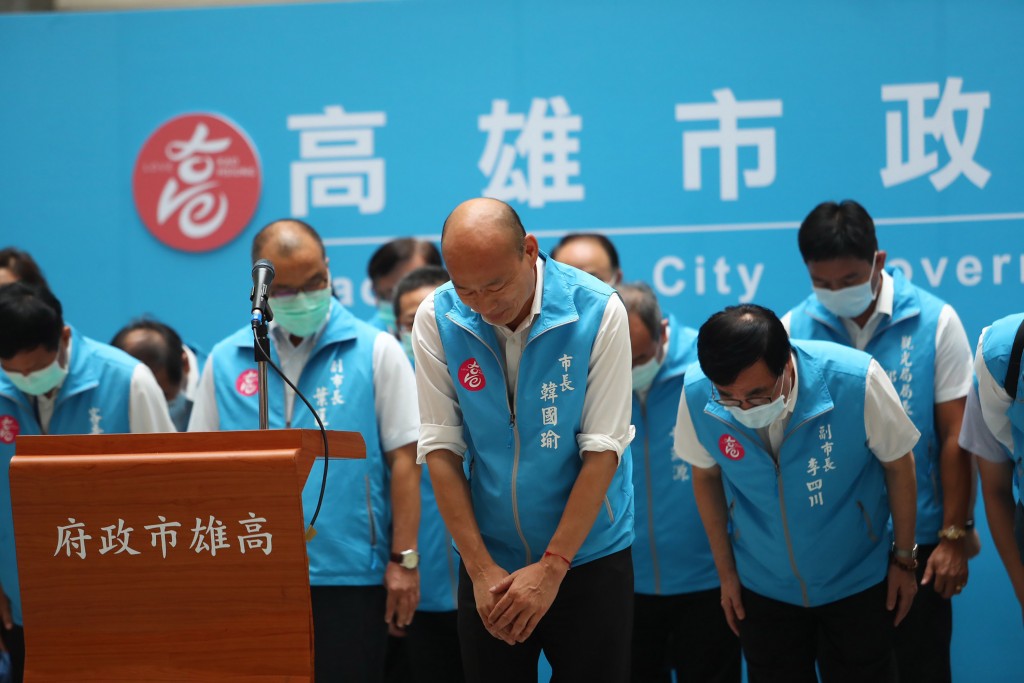 A total of 42 percent, far more than the required minimum 25 percent of eligible voters (574,996 people), showed up to cast a valid ballot, and the final number of votes agreeing with the recall motion exceeded the number of those opposed by 939,090 to 25,051, CNA reported. Never before has such a high elected government official been targeted by a recall vote.

In November 2018, Han received about 890,000 votes to make him mayor, fewer than the number of votes kicking him out of office Saturday. The complete turnaround in public support followed his failure to turn grandiose promises into real achievements, reports said. Several of his projects, including a Ferris wheel and a United States-backed amusement park, never materialized.

Following the recall vote, the central government will replace Han with an interim mayor within seven days, before new mayoral elections can be held within three months of the proclamation of Saturday’s result. Han will not be allowed to run in any mayoral election in the city for four years.

One alternative scenario could see Han launch legal action against the validity of the result, which might tie up the outcome in court for a significant amount of time, during which time no new election could be held. In this case, Han would still be replaced by an interim mayor, who would stay on until the legal challenge is resolved.

During the final weeks of the campaign, the KMT mayor made attempts to have the recall vote canceled through the courts, but each of his challenges was met with rejection.

When the result became clear, Han led his city government team, all dressed in blue jackets, to a news conference to thank his supporters. The mayor, who took office in December 2018, accused his detractors of distorting the image of his team, which he called the best in the country. In his speech, he alleged that relentless rumors and criticism had contributed to his downfall.

While no candidates for the next election have emerged yet, one possibility would be Han’s main opponent in the 2018 vote, Chen Chi-mai (陳其邁) of the Democratic Progressive Party (DPP), which ruled Kaohsiung for 20 years until Han’s victory. Chen has since been serving as the country’s vice premier.