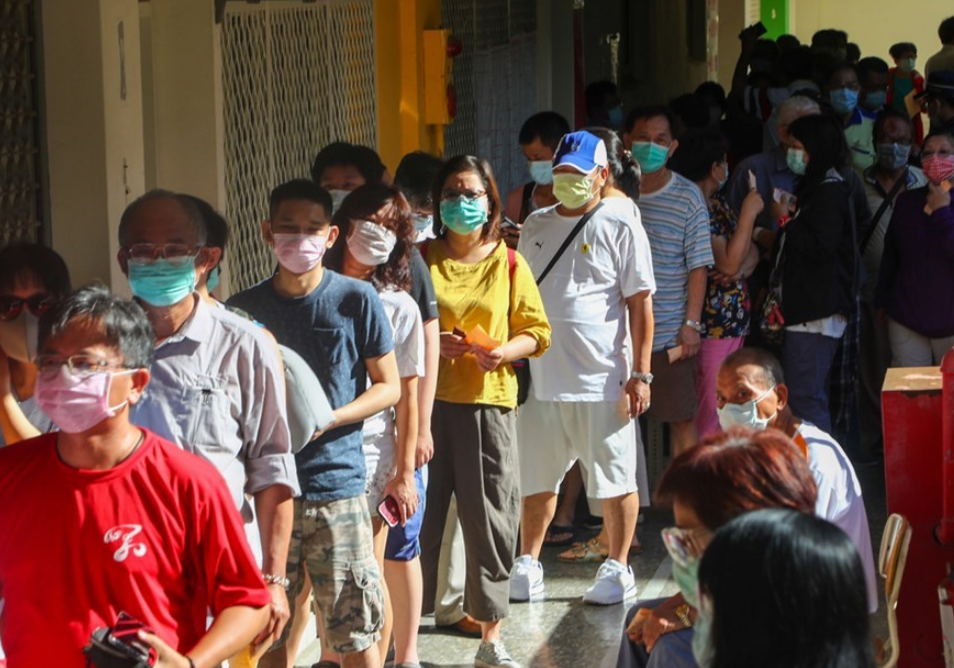 The required minimum 25 percent of eligible voters, or 574,996 people, have to show up to make the recall count. Meanwhile, the number of votes agreeing with the recall motion needs to exceed the number of those cast by opponents.

By 5 p.m., an hour after voting stations closed, the tally stood at 301,570 votes in favor of the recall, against 8,626, according to figures shown by cable station TVBS.

Local media reported high numbers of passengers on trains and buses into Kaohsiung Friday and Saturday. This indicates that many citizens working or studying in other parts of the country were returning to the city in order to vote.

Han has called on his supporters to stay away from the balloting, leading observers to speculate that a high turnout would favor his opponents.

The former KMT lawmaker won a surprise landslide victory in the November 2018 local elections, ending 20 years or rule by the Democratic Progressive Party (DPP). However, the failure to realize some of his grander promises, such as the construction of a Ferris wheel and amusement park soon cooled public enthusiasm.

After he won the KMT nomination for the Jan. 11 presidential election, questions emerged about his attitude to China, especially as demonstrations rocked Hong Kong and the public grew increasingly worried about Beijing’s influence on Kuo. After his defeat in the presidential ballot and the outbreak of the Wuhan coronavirus (COVID-19) pandemic, Han was rarely seen in public.

During a lengthy process required by law, activists in a group called “We Care Kaohsiung” collected sufficient signatures for a recall vote, which was eventually timed for Saturday.

The voting is taking place at 1,823 polling stations across the southern city, Taiwan’s third-most populated, between 8 a.m. and 4 p.m. The results are expected to become known during the evening.

An estimated 10,000 police officers have been drafted in to police the event. The city experienced sunny weather during the morning, but heavy thundershowers lashed several districts during the afternoon.

While Han himself did not cast a ballot, his DPP predecessor and his main rival in the 2018 mayoral election did. According to media reports, there was a noted presence of younger voters, many of them returned from other parts of the country.

If Han survives the recall, he will be allowed to continue running the city until the end of his term in December 2022, without any new recall votes. If he loses, the central government, run by the DPP, will have to name an interim mayor and new mayoral elections will have to take place within three months.