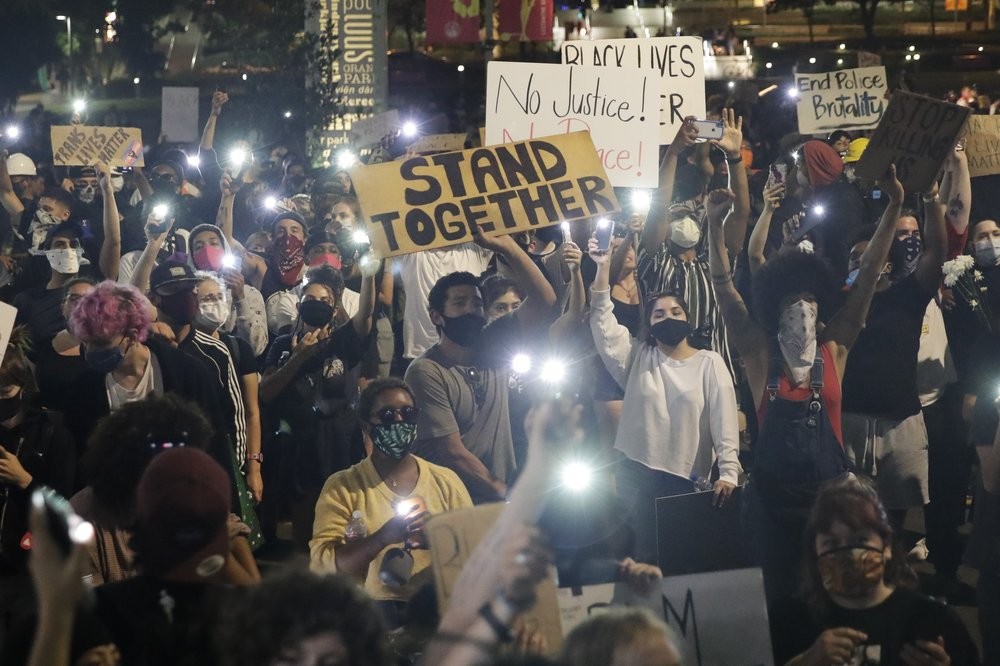 TAIPEI (Taiwan News) — Taiwan's Ministry of Foreign Affairs (MOFA) on Thursday (June 4) responded to the ongoing U.S. protests against racial inequality and expressed trust in the American democratic system and the wisdom of the U.S. citizens to resolve the issue of racism.

As demonstrations for racial justice continue to erupt in cities worldwide, MOFA Spokeswoman Joanne Ou (歐江安) at a daily press conference Thursday expressed hope that the U.S. government and its people would handle the matter peacefully. She stressed that the Taiwanese government believes the American judicial system will bring justice to those who deserve it.

Ou said the Taiwanese government is well aware of the protests and "firmly opposes" discrimination of any kind. She noted that the four police officers involved in the killing of George Floyd have all been arrested and that the U.S. is a democratic nation with the ability to face its domestic problems with transparency and honesty.

Ou also emphasized Taiwan's support for U.S. citizens to voice their opinions, adding that the power of the people is great. She urged members of the global community to treat all instances of discrimination, injustice, and violation of human rights with "seriousness" and hold oppressors responsible, reported Radio Taiwan International.

When asked about the contrast between the U.S. protests and the Hong Kong anti-extradition bill protests, Ou emphasized that the main difference is in the way the two governments handle police brutality. She said the American police officers were charged after inflicting violence, while most of the Hong Kong police had faced no consequences for their actions, reported Yahoo News.

The four officers involved in the killing of George Floyd. (AP photo)