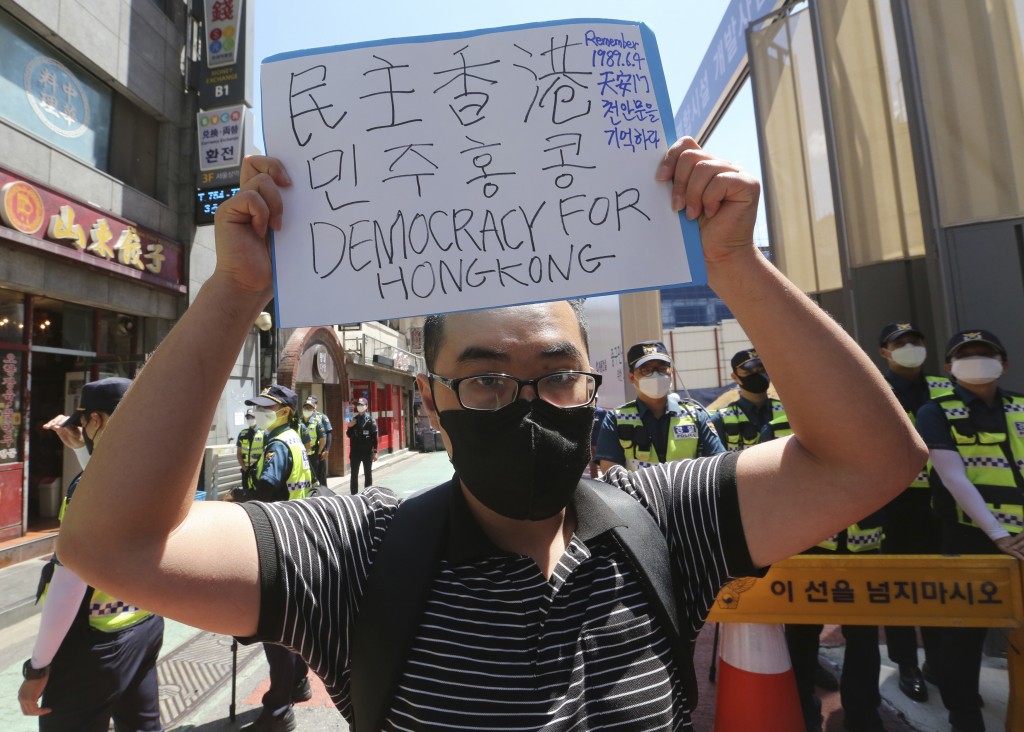 DW: Hong Kong authorities say the ban on this year's Tiananmen vigil is due to coronavirus restrictions. Do you really think it is the case?

The Chinese government recently revealed its national security law for Hong Kong. I think the ban on the Tiananmen vigil is a political move by Hong Kong Chief Executive Carrie Lam, who wants to express her loyalty to Beijing.

At the same time, it is also quite convenient for the Hong Kong government to ban the vigil as restrictions on public gatherings [due to the coronavirus pandemic] are still in place. It's a perfect excuse for the government.

It is an absurd excuse though. Schools have reopened and businesses have resumed operations in Hong Kong. But the authorities are determined to ban all kinds of public gatherings, including rallies against the national security law.

By banning the vigil, the authorities want to tell the world that Hong Kong now has a "one country, one system." People are losing the freedom that they enjoyed over the last three decades.

Do you think the vigil will be allowed next year?

After the enforcement of the national security law in Hong Kong, all remaining freedom in the city will be taken away.

Who will have the authority to interpret what constitutes sedition, subversion, foreign intervention or terrorism? It's the Chinese Communist Party (CCP). If courts in Hong Kong make a judgment contrary to the wishes of the CCP, Beijing can always reinterpret the Basic Law. Depending on the interpretation of the word "subversion," they could jail human rights lawyers, intellectuals, or even people selling wine to commemorate the Tiananmen Square massacre.

You played a key role in the 1989 June Fourth Movement in Beijing. At the time, Hong Kong was a safe haven for student activists from China. What is now left of the movement?

The June Fourth Movement in 1989 was a touching moment for all people in Hong Kong. It was a political awakening for many Hong Kongers.

Another historical moment for Hong Kong was the "Operation Yellowbird." The Hong Kong-based operation offered refuge for students and pro-democracy activists in the city. It created a special image for Hong Kong.

We have always tried to fight for more democracy, even during British colonial rule. However, the British handed us over to the Chinese Communist Party regime without any guarantee for democracy. Whatever we got is now being trampled upon by Beijing, yet the British government is not doing anything.

We want people to remember the 30-year-long tradition of the Tiananmen vigil. The momentum of this event becomes stronger every year. The vigil also represents Hong Kong people's persistent fight for democracy in China.

Your organization called on Hong Kong people to continue the June Fourth tradition by organizing small-scale vigils in different parts of the city. How is it possible when there is a ban in place?

Since we can't hold a rally in Victoria Park, we are asking people to make their own decisions about how they want to commemorate June Fourth. One option is that they can go to any corner of Hong Kong and light a candle. We hope people will light candles across Hong Kong.

Our organization has tried to minimize the risk of violating the restrictions on public gathering amid the pandemic, and we have asked people not to gather in one place. The candle represents remembrance and condemnation of the massacre, and it also symbolizes the current situation in Hong Kong and defiance of the CCP. The candlelight will send a strong message to the world that people in Hong Kong will continue the tradition.

Lee Cheuk-Yan is a former legislator and activist in Hong Kong. He has been the co-organizer of Hong Kong's annual Tiananmen vigil over the last thirty years.