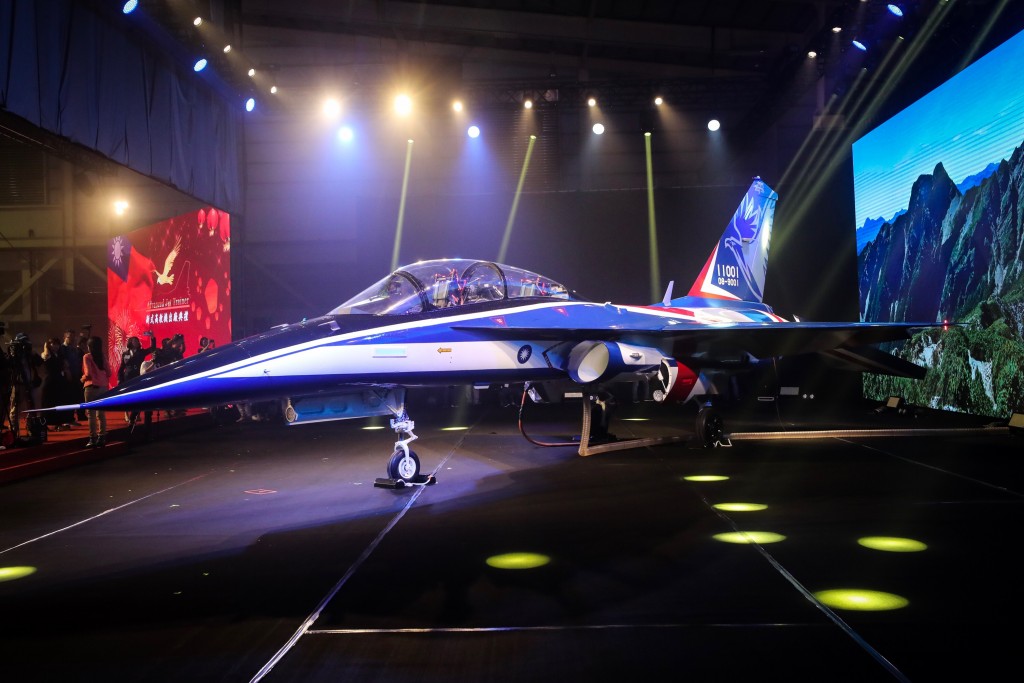 The jet had previously implemented a series of static tests. On Tuesday morning, it rolled out of AIDC’s secret hangar at Ching Chuan Kang (清泉崗) Air Force Base, ready for its runway test, Liberty Times reported. The first test was conducted at 9 a.m., followed by another trial in the afternoon, in which an F-CK-1 IDF slowly followed behind to commemorate the new jet’s development milestone.

Personnel from the Ministry of National Defense, Air Force, and AIDC watched intently as the aircraft gradually accelerated and traversed the tarmac before finally coming to a stop.

AIDC officials pointed out that although some deficiencies still need to be addressed, the jet's first flight test will still be scheduled for the end of June. President Tsai Ing-wen (蔡英文) is expected to attend and observe the momentous occasion.

Currently, a fighter pilot must fly a propeller plane before moving on to the AT-3 and finally, the F-5. Soon, the pilot can fly a fighter plane after completing training on a propeller aircraft and then the Brave Eagle jet trainer.