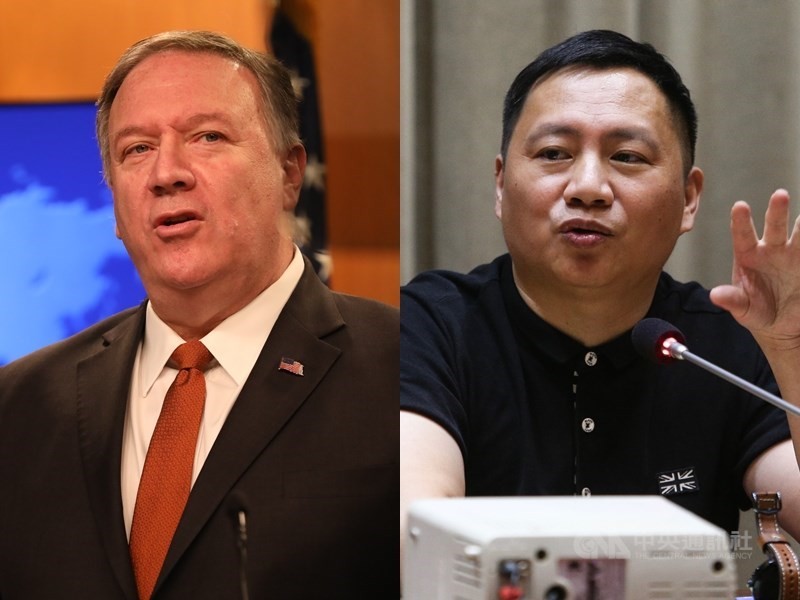 The meeting came on the eve of the 31st anniversary of the bloody repression of the democracy movement by Chinese communist troops. The "June 4 Incident," as the clashes are known in Chinese, led to sanctions against Beijing which were later watered down.

One of the leaders Pompeo met with Tuesday was Wang Dan (王丹), who spent years living and teaching in Taiwan, according to CNA. The report also named writer Su Xiaokang (蘇曉康), student activist Li Lanju (李蘭菊), and Tsinghua University student leader Henry Li (李恒青) as having been part of the delegation meeting the secretary of state.

While the meeting was listed on his agenda, Voice of America reported he had not publicly named the Tiananmen survivors he had met.

In a tweet the same day, the U.S. official noted that Hong Kong had banned this year's Tiananmen vigil for the first time in 30 years. "If there is any doubt about Beijing's intent, it is to deny Hong Kongers a voice and a choice, making them the same as mainlanders. So much for two systems," Pompeo wrote, referring to China's 1997 promise to respect "one country, two systems" for 50 years.