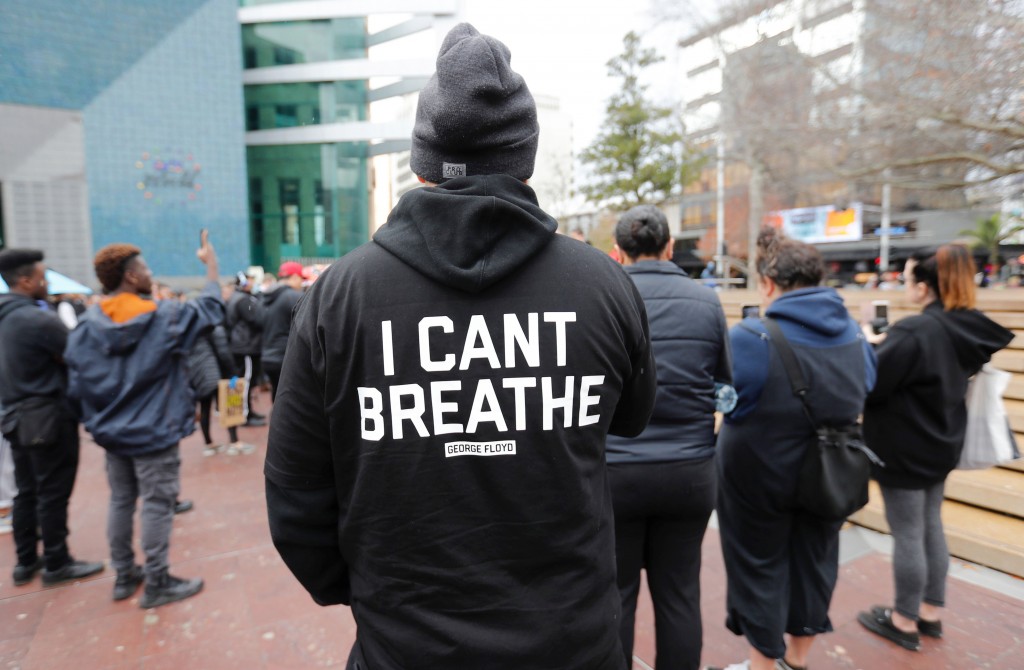 There is no question that the images of unrest and demonstrations in the United States and Hong Kong are similar.

We see streets packed with protesters as tear gas and rubber bullets fly. Policemen press demonstrators to the ground with their knees, and flaming barricades burn through the night.

In decrying the demonstrators, US President Donald Trump uses rhetoric similar to what Beijing says about Hong Kong.

The demonstrators are "thugs." If there is looting, shooting is allowed. Trump even threatened US governors with a likely illegal internal deployment of the US armed forces. Beijing has repeatedly threatened to unleash the People's Liberation Army in Hong Kong to intimidate protesters.

Under these conditions, Chinese propaganda has an easy job of accusing the US of hypocrisy and double standards.

After all, the US government has been supporting the protests in Hong Kong, but is now condemning supposedly similar protests at home.

Floyd's death at the hands of Minneapolis police on May 25 sparked unrest in dozens of US cities.

Hu Xijin, editor-in-chief of the English-language Communist Party mouthpiece Global Times, compared the protests in the US with those in Hong Kong in a video on Twitter.

"There are of course different reasons for the riots, but their similarities are overwhelming: they all defy the law, subvert order and are destructive," he said. "Violence in Hong Kong is justified and the violence in the US is unjust. This kind of thinking is intolerable."

While accusing the US of double standards, China's propaganda apparatus also heaps praise on the Chinese government.

China's pundits say that Beijing — unlike Washington — would not interfere in the internal affairs of the US and fuel the demonstrations by supporting protesters.

Even Hong Kong's Chief Executive Carrie Lam is using the unrest in the US as a political opportunity.

"We have recently seen double standards most clearly with the riots in the United States," Lam said. "We can see how local authorities have reacted. But last year when we had similar riots in Hong Kong, what was the US' position?" Lam said Tuesday.

However, even if Beijing and its loyalists in Hong Kong try to emphasize the parallels and blur the differences between the protests, it is precisely the differences that matter most.

While holding police responsible for excessive force continues to be a problem the US, the four police officers involved in the killing of George Floyd have been fired. The officer who kneeled on Floyd's neck has been charged with third degree murder and manslaughter. This shows that power in the US is subject to accountability.

The situation was quite different in Hong Kong, where police widely applied disproportionate force against demonstrators. The pro-democracy movement has been tirelessly demanding accountability from the police, but Beijing will never allow Hong Kong's executive to admit culpability.

And in contrast to the Chinese media's reporting on Hong Kong in mainland China, protests in the US are reported nationwide, and different points of view are mirrored critically.

The opinion that demonstrators are left-wing agitators is represented, as is the conviction that the protests are a fight for equality and against racism. This is all thanks to the free press in the US.

In mainland China, the protests in Hong Kong were also reported, but only one perspective was given: Hong Kong's pro-democracy demonstrators are foreign-controlled terrorists.

Power and the people

Even if Beijing insists otherwise, the similar images from Hong Kong and the US belie very important social differences.

In Hong Kong, the social divisions are ordered from the top down by a ruling class that acts as the long arm of power from Beijing. The protests that began exactly one year ago, with millions of people on the streets, were an expression of the people versus the party.

In the US, the current tension is inter-social and plays out across social milieus along the lines of the country's historical struggle with racism and the political rift between the left and right.

In the US, people are fighting for recognition in a battered democracy. In China, and its authoritarian system, which is increasingly being imposed on Hong Kong, people only know the forced peace of a dictatorship.