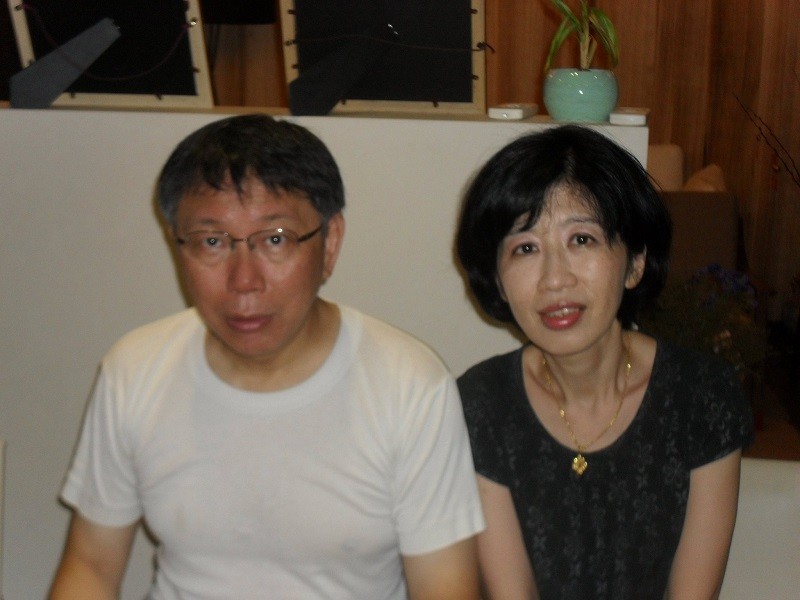 TAIPEI (Taiwan News) — Peggy Chen (陳佩琪), wife of Taipei Mayor Ko Wen-je (柯文哲), and a councilwoman have been butting heads over Taiwan's claim that it warned the World Health Organization (WHO) about possible human-to-human transmission of COVID-19.

Chen took to Facebook on Sunday (May 31) to criticize as "far-fetched" the Ministry of Health and Welfare's (MOHW) claim that it sent an e-mail to the WHO warning about the new coronavirus epidemic in Wuhan, China, according to a report in China Times.

In response, Taipei City Councilor Chien Hsu-pei (簡舒培) of the Democratic Progressive Party (DPP) complained about Chen during a city council meeting, saying that her comment did not make sense and asking that the mayor's wife avoid further comment on the matter, lest it affect city administration. To appease the councilwoman, Mayor Ko said that he "will ask her to talk less," according to China Times.

Noting that she is a doctor at Taipei City Hospital, Chen said that if she had made any wrong comments, the city council can send a letter to the hospital and ask them to fire her.

Chen later asked the councilwoman whether doctors are entitled to express their opinions about matters related to the pandemic, Taiwan's response, or the WHO.

The councilwoman posted to Facebook Tuesday to counterattack Chen, saying that she has been totally unbecoming in her role as the mayor's wife and has seriously affected the city government's image, according to Mirror Media.