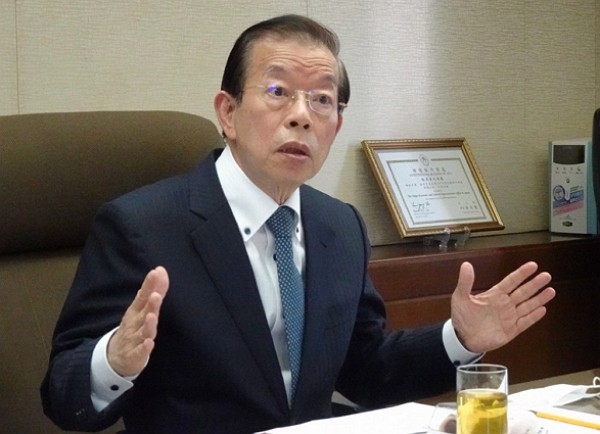 TAIPEI (Taiwan News) — The Taiwanese representative in Japan, Frank Hsieh (謝長廷), on Monday (June 1) shared his take on Japan's planned reopening to selected countries and offered possible explanations of why Taiwan was not included in the initial draft.

According to CNA, the Japanese government has proposed a tourism plan that would allow travelers from selected countries with low risks of coronavirus infection, including Thailand, Vietnam, Australia, and New Zealand. The decision was reported after businesses, schools, cinemas, and sports clubs in Tokyo resumed operation on Monday.

Although many Taiwanese have responded to the news with disappointment, the country's Central Epidemic Command Center (CECC) head Chen Shih-chung (陳時中) said that the Japanese authorities "have their considerations" and that the Taiwanese government would continue its negotiation with local authorities. Meanwhile, a few Taiwanese netizens have also pointed out that Japan's pandemic situation has not fully stabilized and that it might be better to avoid travelling there.

In a Facebook post published Monday, Hsieh said members of the global community are struggling to find a balance between their economies and virus containment. He added that whether a country would be a suitable partner for establishing a travel bubble will be determined by three factors: its current pandemic situation, its willingness to establish reciprocal travel policies with its partnering countries, and its diplomatic relations with them.

The Taiwanese envoy said there is no doubt that Taiwan has demonstrated its capability in pandemic control, so it could not be the reason for its exclusion from Japan's border control relaxation. However, he urged the Taiwanese Ministry of Foreign Affairs (MOFA) to continue enhancing its relationship with Japanese authorities to eliminate political factors that could interfere with the welfare of the island nation.

Meanwhile, Hsieh emphasized that public consensus should be sought on Taiwan's border control plan for international travelers. He said that Taiwanese officials should cautiously weigh the risks of establishing travel bubbles with countries that have not fully contained the spread of the virus, including Japan.

Hsieh explained that Japan's decision to disallow Taiwanese travelers is not final and that it should not be Taiwan's main concern. He added that minimizing the number of infections should remain the top priority for all citizens in the country, reported ETtoday.