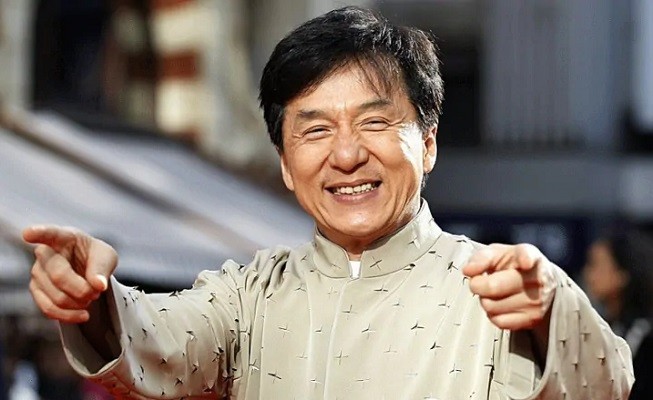 On Thursday (May 28), China's rubber-stamp legislature, the National People's Congress (NPC), passed a new heavy-handed security law to crush dissent in Hong Kong. The next day, Chan joined 2,616 "people in the cultural and performing arts" and 110 cultural groups in signing a statement which read, "We fully understand the importance of safeguarding national security for Hong Kong and support the decision of the National People's Congress on Hong Kong's national security law."

The statement backed by Chan also read that the signatories hoped that when the legislation is enacted it will "fill loopholes" in national security, enable relevant parties to fully communicate with all sectors of society to dispel doubts, and "protect the industry's normal creative freedom and space to develop." The statement also called on all sectors of society to "enhance inclusive understanding and bring Hong Kong back to the right path of civilization and the rule of law, and start again."

In response, Taiwanese netizens accused him of "bootlicking the CCP," and repeated a comment made by Chan about Hong Kong in 2009 in which he said, "If you're too free, you're like the way Hong Kong is now. It's very chaotic. Taiwan is also chaotic... I'm gradually beginning to feel that we Chinese need to be controlled." Out of disgust with Chan's latest antics, one netizen wrote "I've never seen such scum. What he just demonstrated is what is known as a two-faced scumbag."

Other netizens pointed out the hypocrisy of his comment about "having too much freedom."

"Hey, Mr. Big Star, have you ever gone down to see how the lower class lives in fear of the totalitarian evil forces of the CCP?"

"It's because of having too much freedom that this kind of dog leg would appear."

"You had affairs and your son smoked pot. You're too free aren't you?"

"It [Hong Kong] could never be as chaotic as his private life."

Chan is much reviled in Taiwan for his infidelity to his Taiwanese wife and criticism he has made against Taiwan's democracy over the years. As the pro-democracy protests intensified in June of last year, Chan denied knowledge of their existence, saying "I only just found out yesterday that there was a big parade in Hong Kong. I don't know anything about it."

However, over the weekend, a number of Hong Kong celebrities denied that they had endorsed the new law. Hong Kong singer Ram Chiang (蔣志光), Taiwanese actress Hsu Hsi-yuan (徐熙媛), and Hong Kong pianist Jacqueline Li (李巧靈) all denied supporting China's national security law and claimed their names were used without their consent. Statement signed by Chen and other celebrities. (Weibo photo)