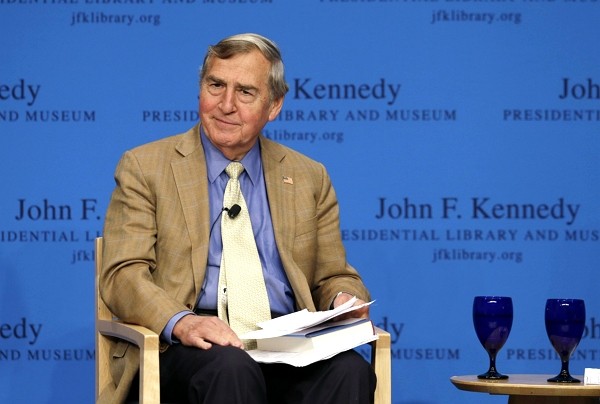 TAIPEI (Taiwan News) — As tensions between the U.S. and China continue to escalate, Harvard University political science professor Graham Allison on Saturday (May 30) warned that Taiwan's tireless pursuit of its independence may result in Beijing's military retaliation.

During an interview with Voice of America, the political science guru pointed out that the U.S. opposition to the new Hong Kong national security law has enraged the Chinese government, which has been trying to shift the blame for its own mishandling of the COVID-19 pandemic to the western superpower. He said it is likely that the Taiwanese government has considered taking advantage of the situation to pursue its independence agenda, but doing so is highly risky and could sacrifice the island nation's current sovereignty.

Allison noted that Beijing's introduction of the new security law shows the emptiness of its "one country, two systems" proposal and indicates that the Chinese Communist Party (CCP) has renounced its promise to respect Hong Kong's autonomy. As a result, he said the Taiwanese authorities would naturally adopt stronger measures to escape the CCP's control and protect the country's democracy.

However, Allison warned that the lack of international sanctions may lead Beijing into believing that it could overtake Hong Kong and Taiwan without consequences. He explained that the U.S. would then be forced to join the battle once Beijing's troops cross the Taiwan Strait, leading to catastrophic global warfare.

Allison emphasized that Taiwan is in a dangerous position and that the only reason it has not been attacked by Beijing is because of the CCP's uncertainty regarding the global community's response. He emphasized that how international leaders react to Beijing's tightening grip on Hong Kong would give a preview of Taiwan's future, reported Liberty Times.