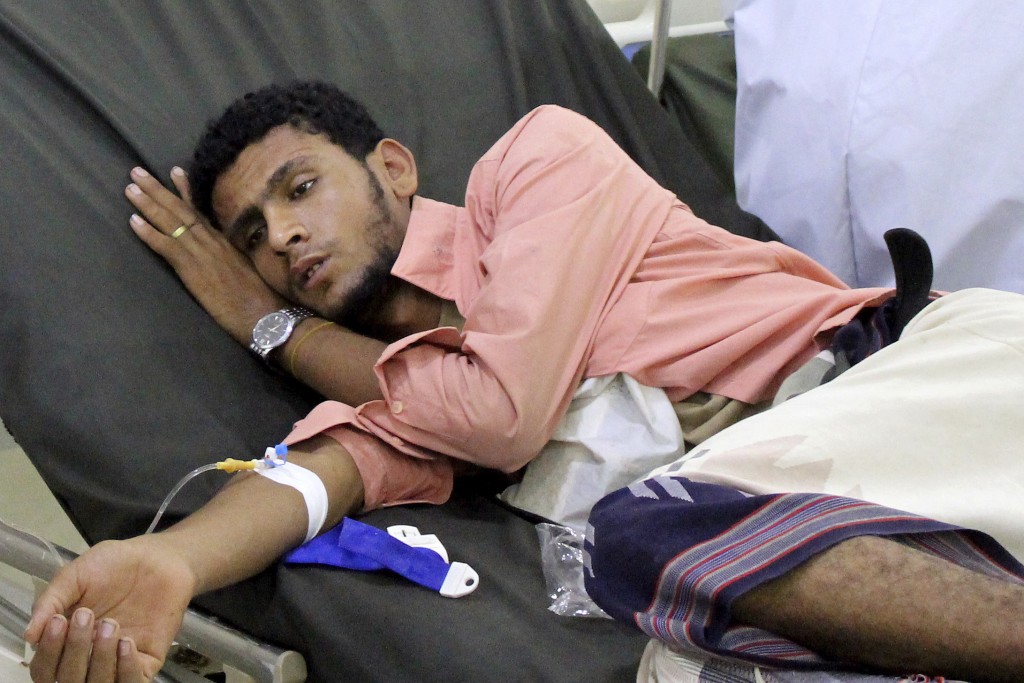 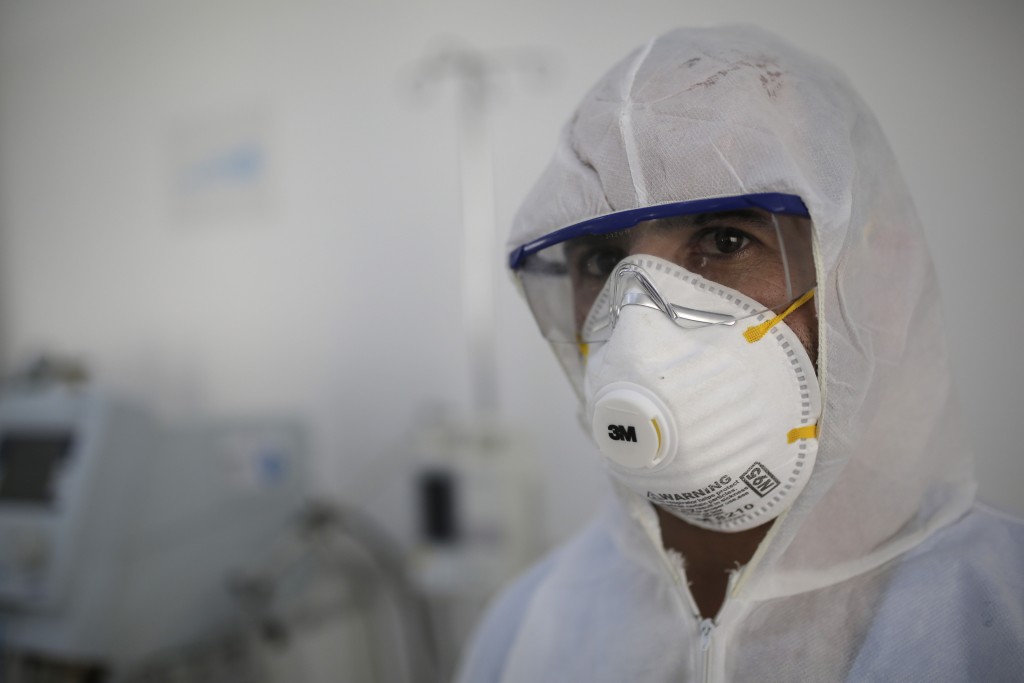 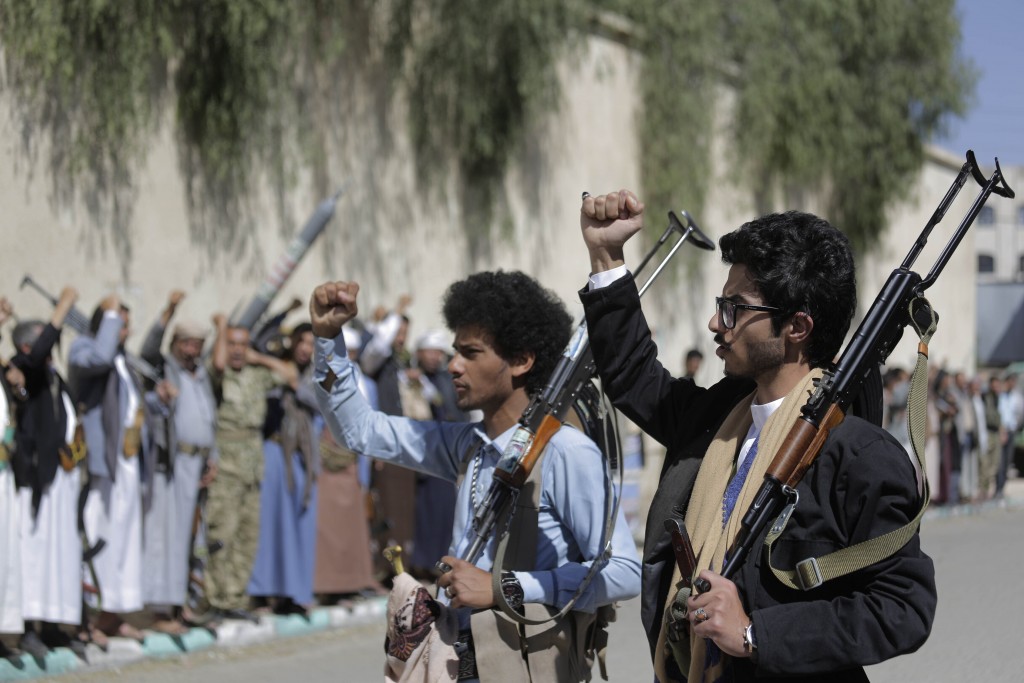 CAIRO (AP) — Aid organizations are making an urgent plea for funding to shore up their operations in war-torn Yemen, saying they have already been forced to stop some of their work even as the coronavirus rips through the country.

Some 75% of U.N. programs in Yemen have had to shut their doors or reduce operations. The global body's World Food Program had to cut rations in half and U.N.-funded health services were reduced in 189 out of 369 hospitals nationwide.

“It’s almost impossible to look a family in the face, to look them in the eyes and say, ‘I’m sorry but the food that you need in order to survive we have to cut in half,’” Lise Grande, resident U.N. coordinator for Yemen, told The Associated Press.

The dwindling funds are the result of several factors, but among the top reasons is obstruction by Yemen’s Houthi rebels, who control the capital, Sanaa, and other territories. The United States, one of the largest donors, decreased its aid to Yemen earlier this year, citing interference by the Houthis.

It’s yet to be seen whether the Houthis will allow monitoring and oversight or give U.N. agencies the space to operate. A U.N. pledging conference for Yemen on Tuesday seeks $2.41 billion to cover essential activities from June to December.

Grande said the Houthis are working to become more transparent, and that she hopes this will encourage donor countries to give aid.

Her optimism, however, comes as the Houthis face heavy criticism for suppressing information about the number of COVID-19 cases and fatalities in areas they control, while putting no mitigation measures in place.

Tuesday's conference will be co-hosted for the first time by Saudi Arabia — a major player in Yemen’s civil war since it first unleashed a bombing campaign in 2015 to try to push back the Iranian-backed Houthis who had seized the northern half of the country.

Critics question the Saudis' high-profile role in rallying humanitarian support even as they continue to wage a war — as do the Houthis — that has created the world’s worst humanitarian crisis.

Maysaa Shuja al-Deen, a Yemeni researcher and a non-resident fellow at the Sana’a Center for Strategic Studies, said the kingdom is trying to repair its international image by changing the conversation.

Saudi Arabia “has always tried to change the narrative of the war and present itself as a backer of the legitimate government, not part of the conflict,” she said.

In past years, the kingdom has been one of the top donors for U.N. humanitarian aid operations in Yemen. The Saudi ambassador to Yemen, Mohammed al-Jaber, said the kingdom will allocate half a billion dollars this year to support U.N. programs, including $25 million for a COVID-19 response plan.

The U.N. itself has also investigated allegations of corruption and diversion of aid in Yemen in its own ranks.

Reports indicate that the coronavirus is spreading at an alarming rate throughout the country.

Among the slashed programs is financial support to thousands of health workers who haven’t received salaries from the government for nearly three years. Grande said that just a week before the first coronavirus case was announced in Yemen, aid agencies had to stop paying health workers.

Without salaries, medical staff won’t be able to provide health services to patients amid the pandemic.

Yemen has been caught in a grinding war since 2014 when Houthi rebels descended from their northern enclave and took over Sanaa, forcing the internationally recognized president to flee. In the spring of 2015, a U.S.-backed, Saudi-led coalition began a destructive air campaign to dislodge the Houthis while imposing a land, sea and air embargo on Yemen.

The air war and fighting on the ground has killed more than 100,000 people, shut down or destroyed half of Yemen’s health facilities, and driven 4 million Yemenis from their homes. Cholera epidemics and severe malnutrition among children have led to thousands of additional deaths.

As the war enters its sixth year, with no sign of a viable cease-fire, the suffering looks set to continue. Fighting has continued unabated along several front lines in Yemen, including in Marib, an oil-rich eastern province, threatening new waves of displacement.

The U.N.’s massive aid program, totaling $8.35 billion since 2015, is vital to keeping many Yemenis alive. Ten million people are on the brink of famine and 80% of the 30 million population are in need of aid, according to the U.N.

With the coronavirus spreading, more money is needed.

Since April, authorities in areas controlled by Yemen’s internationally recognized government reported 283 cases, including 85 deaths. The Houthis declared only four cases, including one death.

The World Health Organization believes that there is a significant underestimation of the outbreak, which could further hinder efforts to get supplies into Yemen that are needed to contain the virus.

Richard Brennan, the WHO’s regional emergency director, told the AP that he believes the deaths are in the hundreds and cases in the thousands, based on what he’s heard from numerous health care providers. But he said the lack of funding means the organization’s health programs are hanging by a thread.

The International Rescue Committee, an aid group, said Yemen is conducting just 31 tests per one million people, among the world's lowest scores.

With increasing needs and fewer funds, the U.N. refugee agency will have to stop cash assistance and shelter programs for more than 50,000 displaced families by August, said spokeswoman Heba Kanso. She said the agency will be forced to end its partnership with dozens of Yemeni NGOs that will have let go more than 1,500 national staff.

Relief agencies worry that donors will give less as many countries struggle their own virus outbreaks. But they warn that the world’s worst humanitarian crisis can indeed get much worse.

“The world's attention is diverted elsewhere and these are the vulnerable among the most vulnerable on the planet, and we need a commitment,” said Brennan.