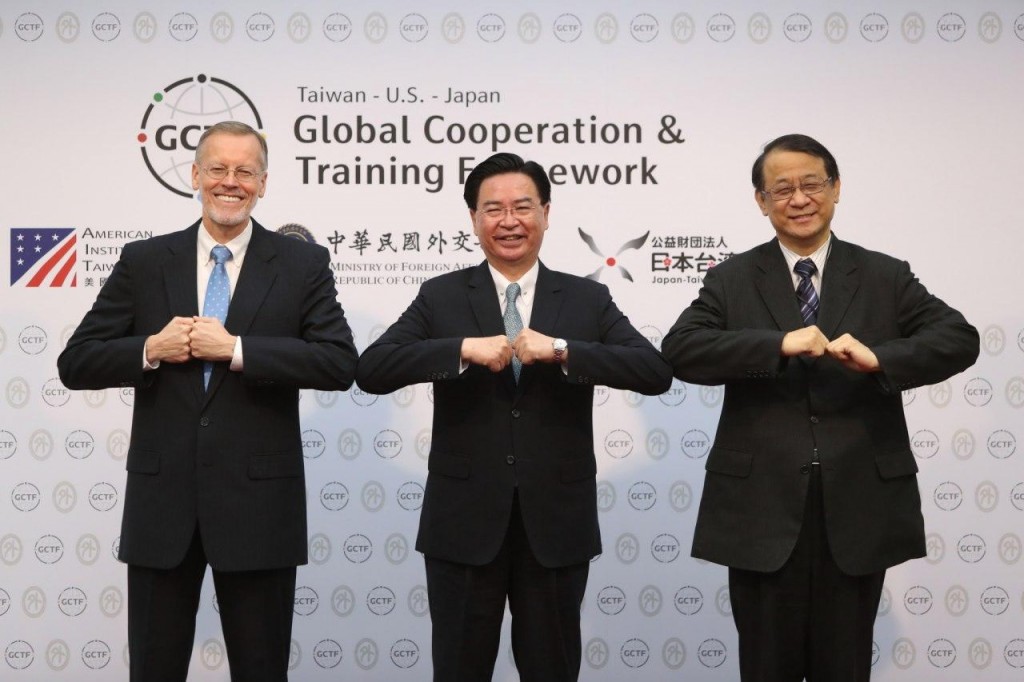 TAIPEI (Taiwan News) — Taiwan, the U.S., and Japan celebrated the fifth anniversary of the Global Cooperation and Training Framework (GCTF) on Monday (June 1), pledging to expand cooperation and include more partners in the joint program.

The GCTF was initiated by the U.S. and Taiwan in 2015 with the aim of fostering cooperation between Taiwan, the U.S., and regional countries. More than 500 government officials and experts from 38 nations have taken part in the 23 workshops, with a wide array of topics having been covered over the course of five years.

The GCTF events have touched upon public health, women's empowerment, alternative energy, media literacy, the digital economy, law enforcement collaborations, and information security, among other topics. Japan, since last year, has become a GCTF partner, with other nations, such as Sweden and Australia, having joined to co-host events that mostly took place in Taipei.

At the press conference held on Monday morning, Taiwan's Foreign Minister Joseph Wu (吳釗燮), Director of the American Institute in Taiwan (AIT) Brent Christensen, and Japanese Representative to Taiwan Hiroyasu Izumi, issued a joint statement, pledging to expand the GCTF's operations and strengthen cooperation between the three nations as well as with other partners.

Wu said he had tripled the Ministry of Foreign Affairs' (MOFA) budget for the GCTF program after taking charge of the ministry in hopes of facilitating more collaborations between Taiwan and other countries. A GCTF secretariat, which will be responsible for holding events and building an alumni network, will be created under MOFA's Department of North American Affairs.

After a forum on the preservation of Austronesian languages held in Taiwan's ally Palau last September proved successful, Wu said on Monday that the ministry is preparing to hold other GCTF events in Latin America, where a majority of Taiwan's allies are located.

"I am proud to say that in 2015 I had a hand in creating the Global Cooperation and Training Framework," remarked Christensen, referring to his previous assignment as the AIT deputy director. "I can also say that the GCTF has been one of the most durable and sustainable contributions to the U.S.-Taiwan partnership, and really to the world.”

The AIT director described the GCTF as being "free from political motives, designed solely to help professionals benefit from Taiwan's experience, expertise, and generosity," and he hinted at the contrast between the program and the World Health Assembly, the World Health Organization's decision-making body. The UN health agency did not invite Taiwan to the WHA virtual sessions in May due to Chinese pressure, even though several major countries had voiced support for Taiwan's participation and praised the island nation's coronavirus (COVID-19) response.

The Japanese representative said the Japanese government is looking forward to expanding collaborations with Taiwan. He suggested that Japan and Taiwan should walk on the same path in the face of future challenges.