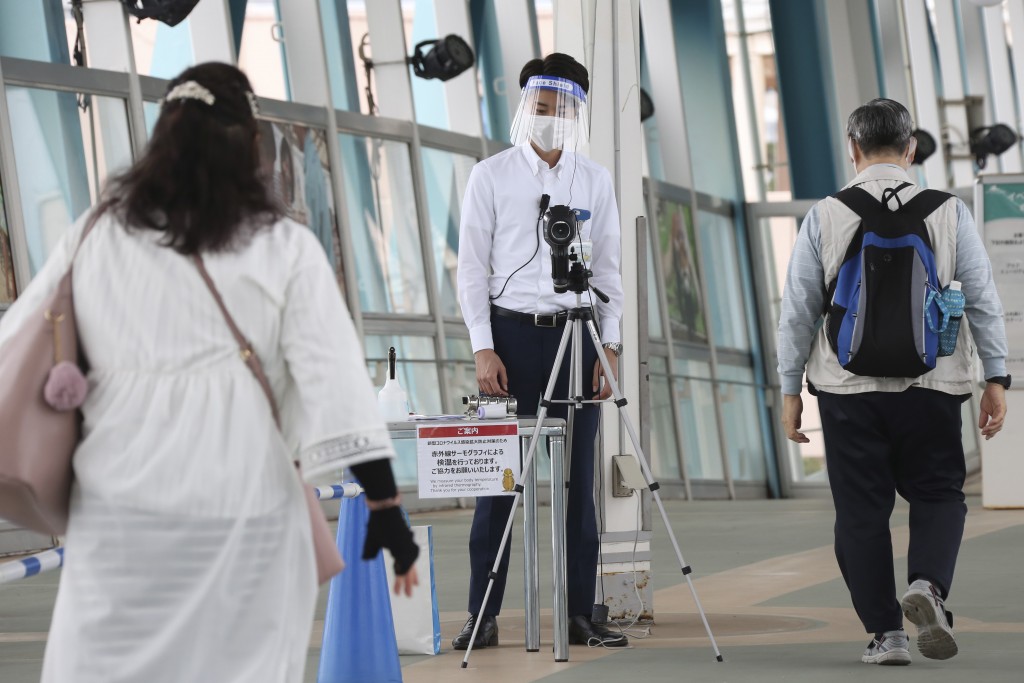 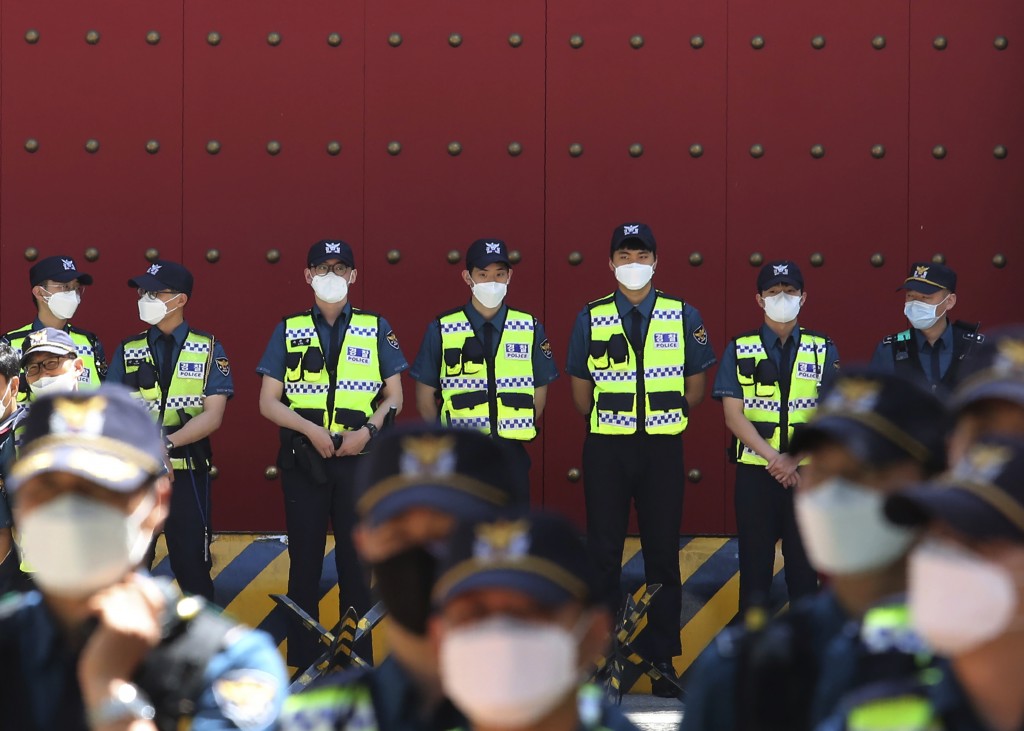 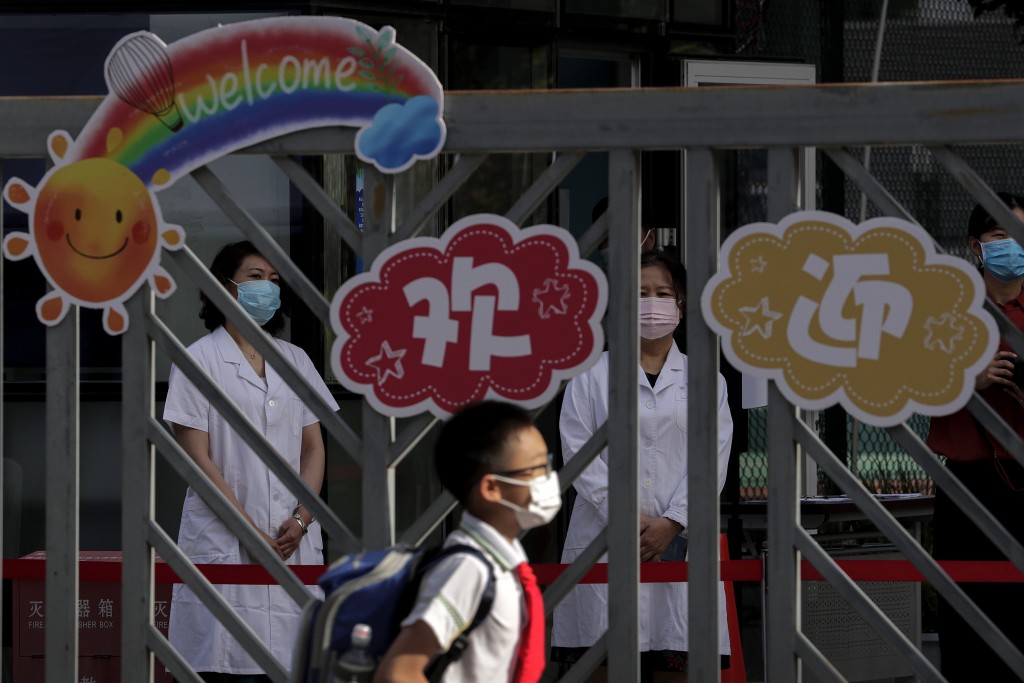 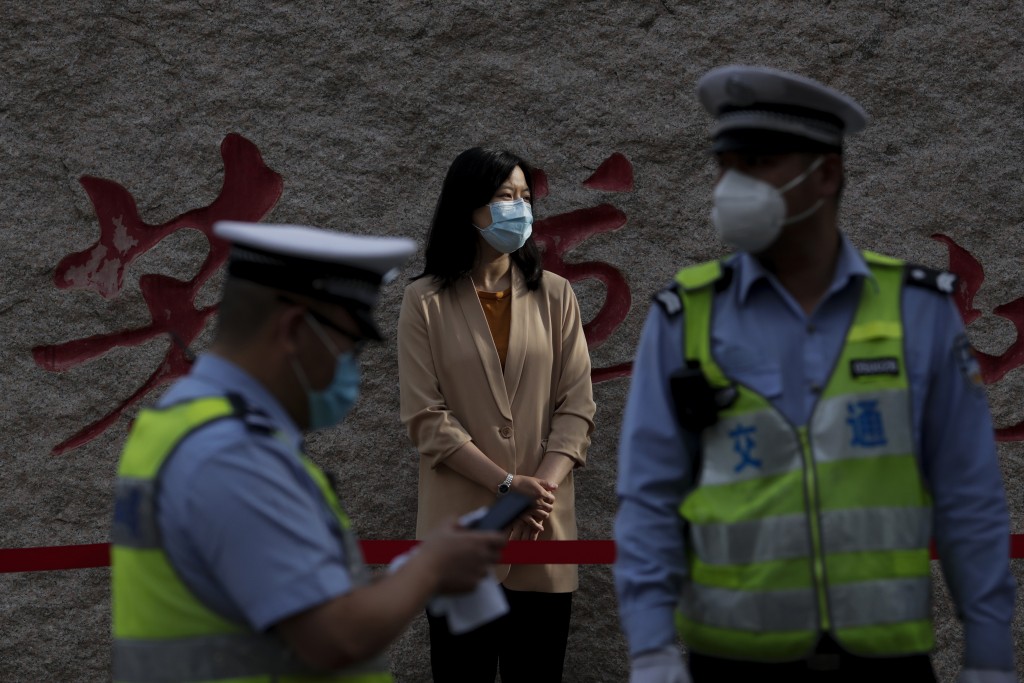 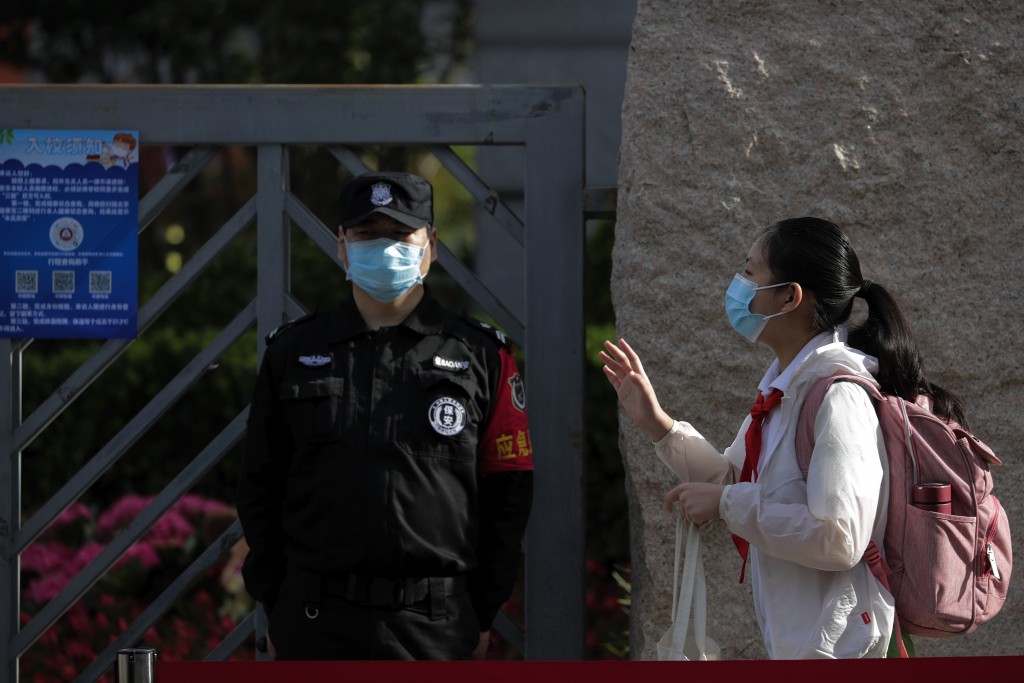 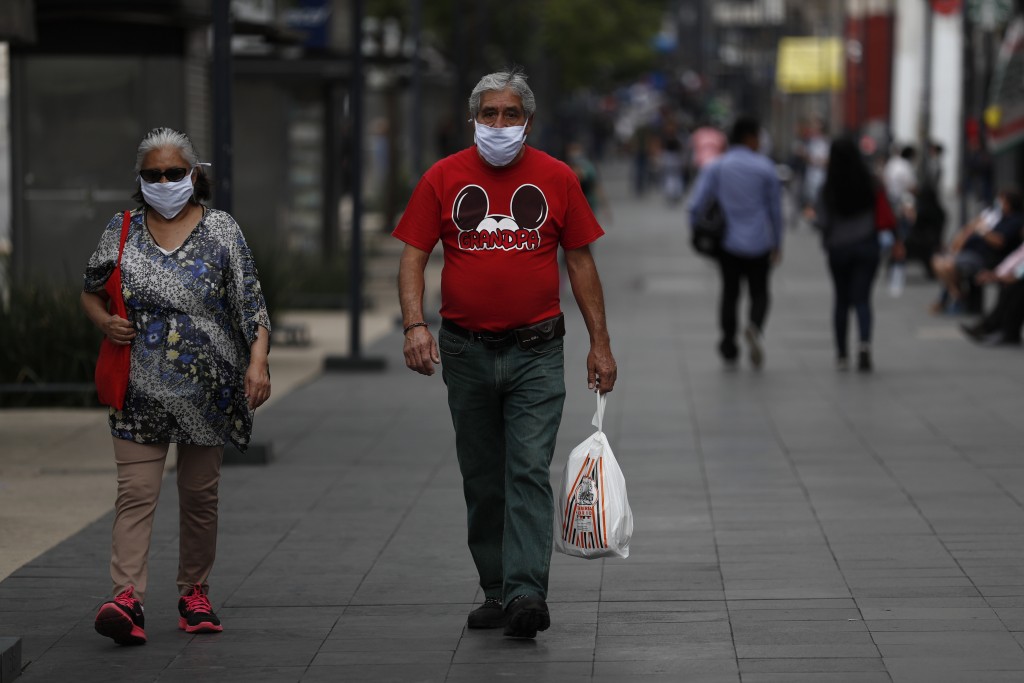 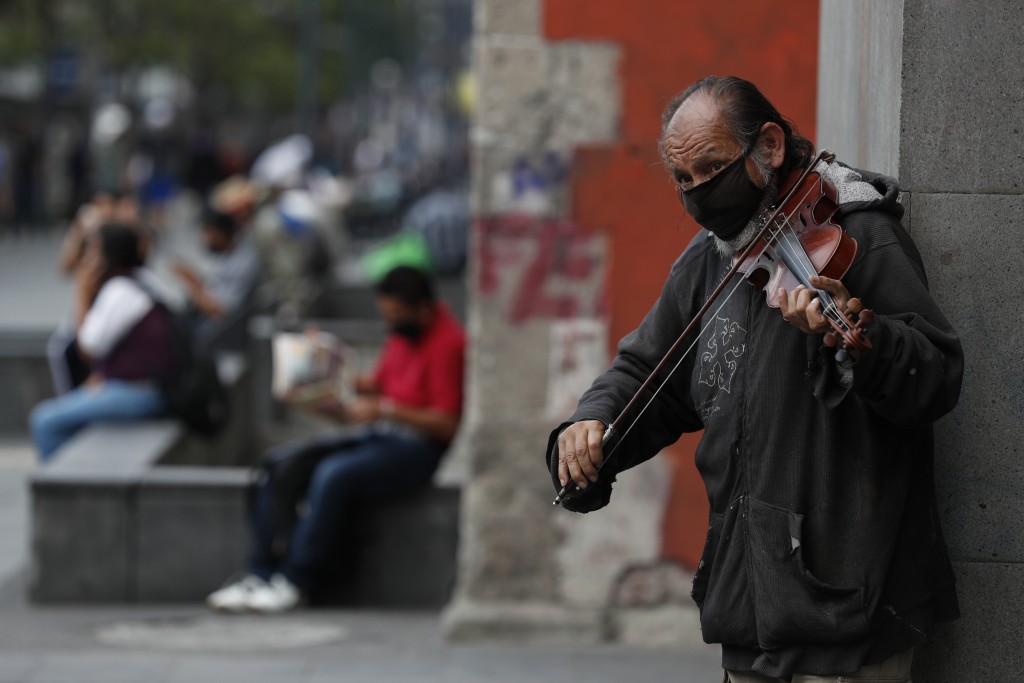 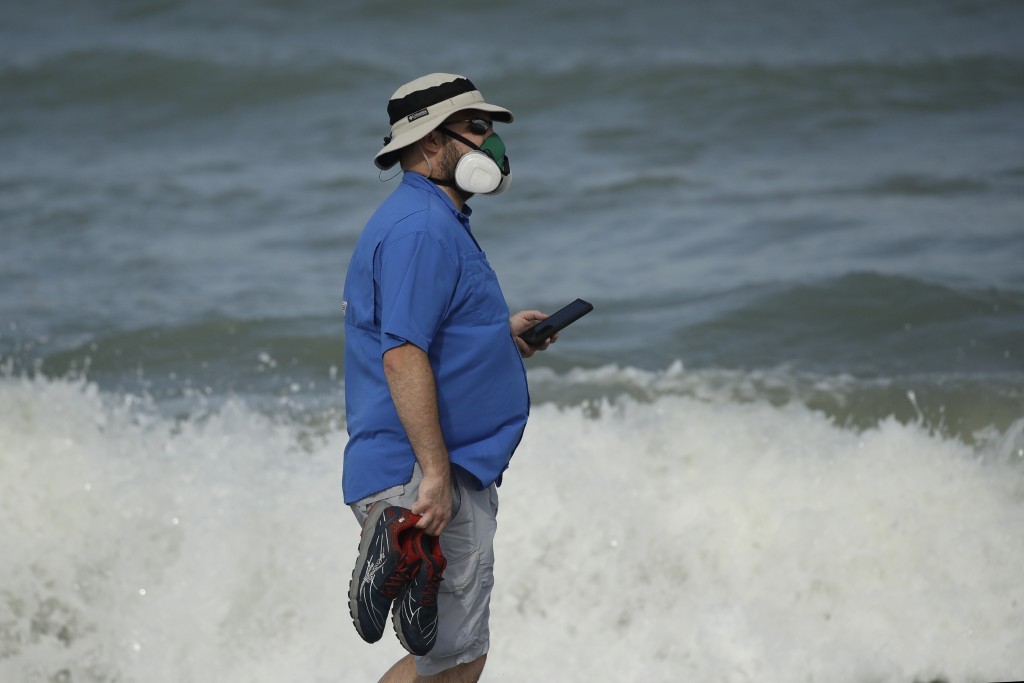 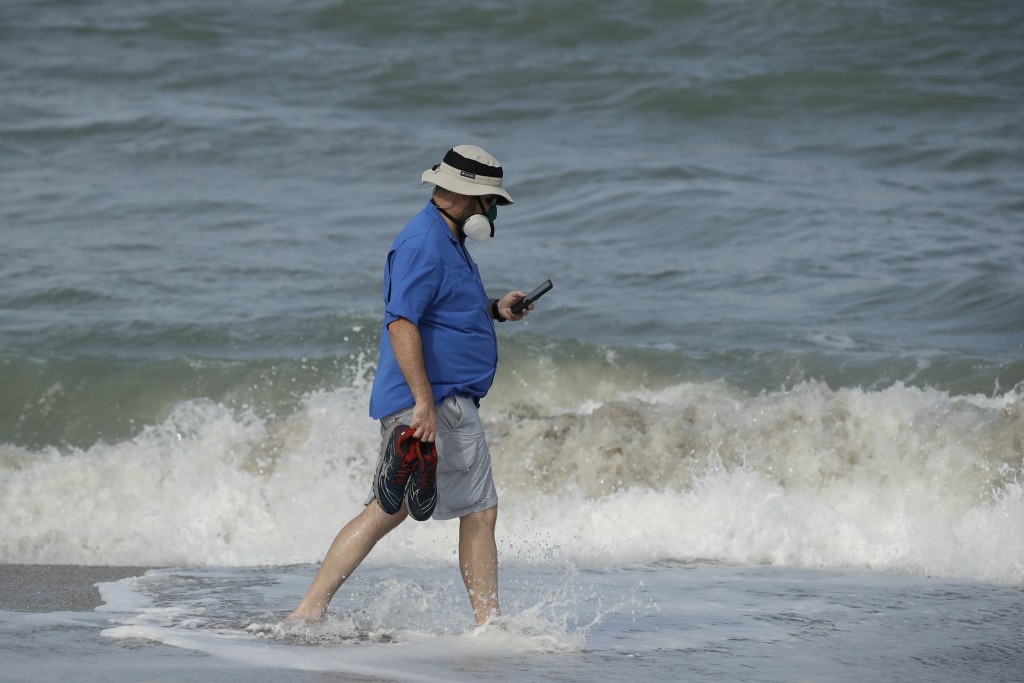 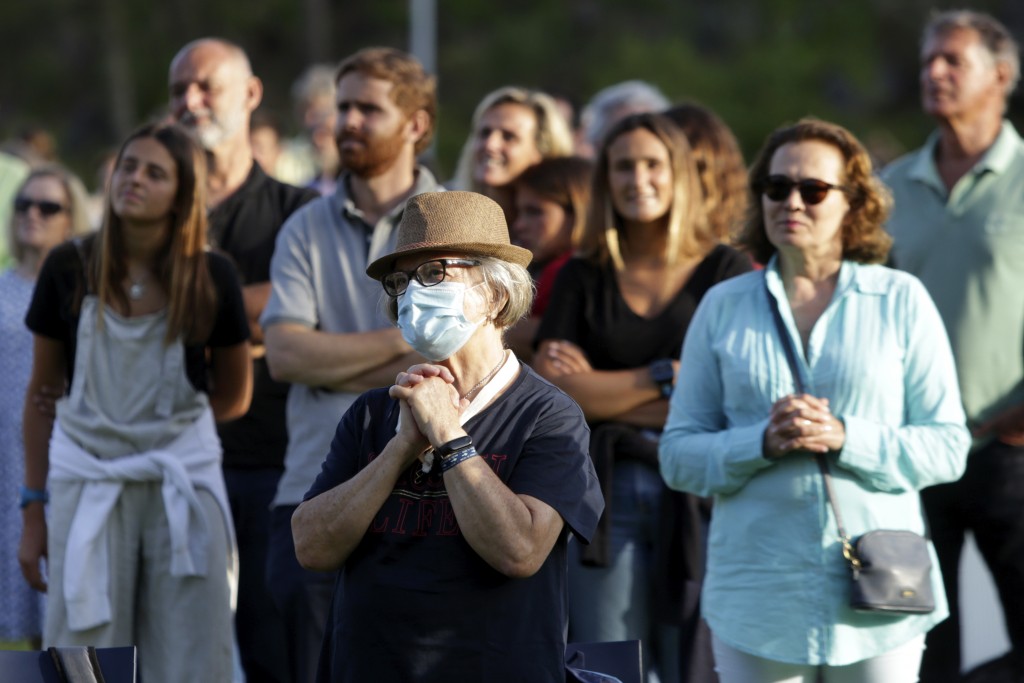 MIAMI (AP) — Protests around the U.S. against police brutality have sparked fears of a further spread of the coronavirus, while South Korea is reporting a steady rise in cases around the capital after appearing to bring the outbreak under control.

The often-violent protests over the death of George Floyd, a black man who was pinned at the neck by a white Minneapolis police officer, are raising fears of new virus outbreaks in a country that has more confirmed infections and deaths than any other.

South Korea has reported 238 cases of the coronavirus over the past five days, most of them in the Seoul metropolitan area, causing alarm in a country that had eased up on social distancing and started to send millions of children back to school. Hundreds of infections have been linked to nightspots, restaurants and a massive e-commerce warehouse near Seoul. The 35 new cases reported Monday include 30 around Seoul.

Protests over Floyd’s death have shaken the U.S. from New York to Los Angeles. Demonstrators are packed cheek to jowl, many without masks, many chanting, shouting or singing. The virus is dispersed by microscopic droplets in the air when people cough, sneeze, talk or sing.

“There’s no question that when you put hundreds or thousands of people together in close proximity, when we have got this virus all over the streets ... it’s not healthy,” Maryland Gov. Larry Hogan said Sunday on CNN’s “State of the Union.”

The U.S. has seen more than 1.7 million infections and over 104,000 deaths in the pandemic, which has disproportionately affected racial minorities in a nation that does not have universal health care.

In London, thousands of people marched Sunday, chanting “No justice! No peace!” while carrying signs reading “Justice for George Floyd” and “Racism is a global issue.” Britain has had nearly 38,500 virus deaths, the second-most in the world after the United States.

Other protests were held in Berlin and Copenhagen, Denmark.

Around 6.1 million infections have been reported worldwide, with about 370,000 people dying, according to a tally by Johns Hopkins University. The true death toll is believed to be significantly higher, since many victims died of the virus without ever being tested.

China, where the global pandemic is believed to have originated late last year, reported 16 new cases on Monday, all in travelers newly arrived from abroad.

With local transmissions having fallen to virtually zero, much of the country has reopened for business and Monday saw the further restart of classes in middle and high schools. Kindergartners and fourth- and fifth-graders will be allowed back next week as part of a staggered opening to prevent the further spread of the virus.

South African President Cyril Ramaphosa says that China has pledged to make available 30 million COVID-19 testing kits per month to African countries, which are facing a shortage of the materials to test for the disease.

The U.S. has sent to Brazil more than 2 million doses of a malaria drug touted by President Donald Trump as potentially protecting against and treating the coronavirus, despite a lack of scientific evidence. Brazil, Latin America’s hardest-hit country, continues to see a surge in virus cases, and last week Trump announced that the U.S. was restricting travel from the country.

Traffic jams and crowds of commuters are back in the Philippine capital, which shifted to a more relaxed quarantine in a high-stakes gamble to slowly reopen the economy while fighting the coronavirus outbreak.

The situation worsened Sunday in India, where new cases topped 8,000 for the first time and 193 more deaths were reported. Despite that, India is still easing restrictions on shops and public transport in more states beginning Monday, although subways and schools will remain closed.

In Saudi Arabia, mosques reopened Sunday for the first time in more than two months, but Islam’s holiest site in Mecca remained closed. In Jerusalem, throngs of worshippers waited outside the Al-Aqsa Mosque before it reopened. Many wore surgical masks and waited for temperature checks as they entered.

In Bogota, Colombia's capital, authorities were locking down an area of nearly 1.5 million people as cases continued to rise, while Egypt on Sunday reported its highest-ever number of infections and deaths from the virus — 46 over the previous 24 hours, with 1,536 confirmed cases.

In Spain, Prime Minister Pedro Sánchez said Sunday that he would ask Parliament for a final two-week extension of the nation’s state of emergency that is set to expire on June 7. That allows the government to keep ordering lockdown measures to control its coronavirus outbreak, which has claimed at least 27,000 lives, many of them in overwhelmed nursing homes.

During a Mass at the Vatican to mark Pentecost Sunday, Pope Francis cautioned people against being pessimistic as they emerge from coronavirus lockdowns.

Italy on Sunday registered 355 new coronavirus cases and 75 deaths, some of the lowest such numbers since the nation’s lockdown against the pandemic began in early March.

Two hospitals for coronavirus patients were opened in Istanbul as Turkey’s number of new cases fell to its lowest since the peak of the outbreak.

And at California's Yosemite National Park, closed to the public for nearly three months, student journalists who put out the Yosemite Valley School newspaper are charming their community with stories of cleaner water and more active and abundant wildlife.

Kirka reported from London and Gorondi reported from Budapest, Hungary. AP reporters from around the world contributed to this report.