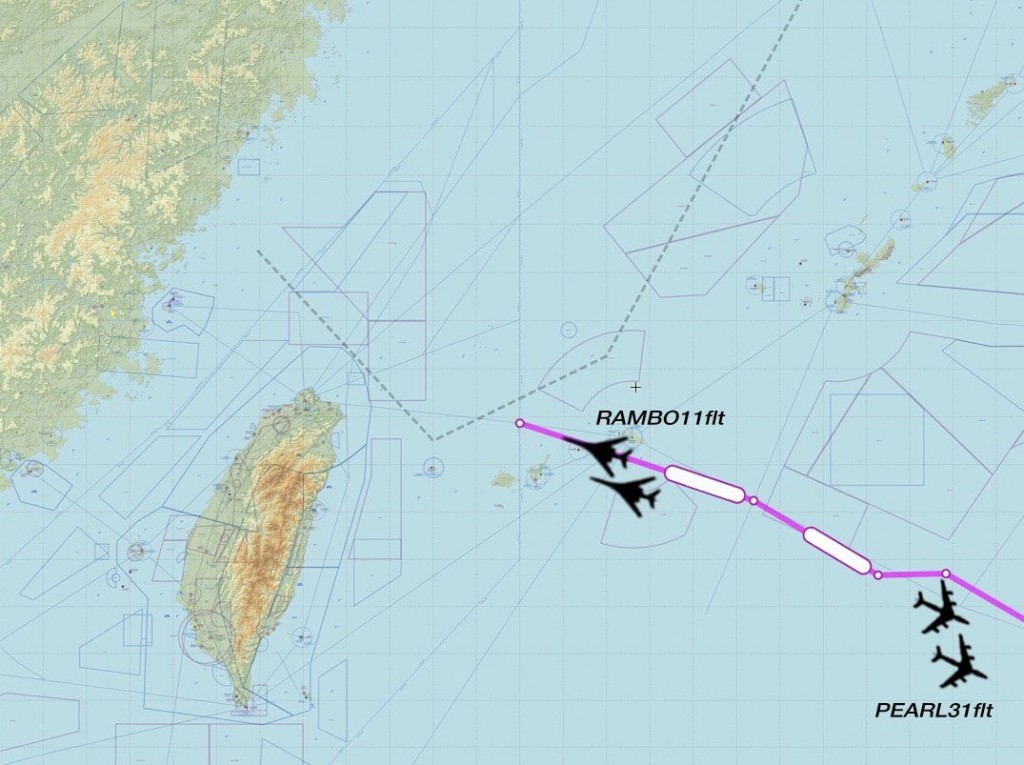 On Sunday (May 31), Twitter user Golf9, who specializes in airband monitoring, radar spotting, and aircraft spotting, reported that two B-1B Lancers and two Boeing KC-135 Stratotankers had taken off from Andersen Air Force Base in Guam and flown into the East China Sea near the northeast corner of Taiwan. Taiwanese and Chinese authorities have yet to issue an official response to the patrol.

After refueling the bombers, the two tankers headed back to base in Guam. Meanwhile, the two Lancers turned northeast, flying over the Northern Pacific on a flightpath bound for Alaska.

The flights were the first since President Trump announced Friday (May 29) that the U.S. is ending Hong Kong's special trade status in response to China's new draconian security law directed at the territory. He also announced the U.S. withdrawal from the WHO, new restrictions on Chinese nationals affiliated with the People's Liberation Army (PLA) studying in the U.S., and an investigation into Chinese companies listed on U.S. financial markets. RAMBO11flt(2xB-1B) that out from Andersen is flying into East China sea near the Taiwan area.