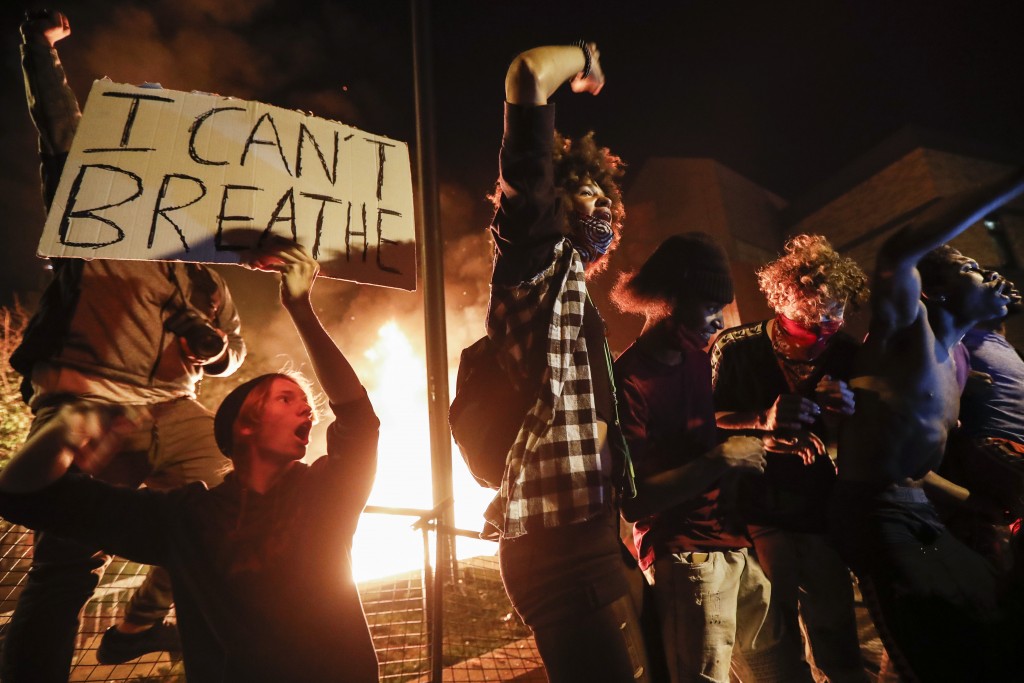 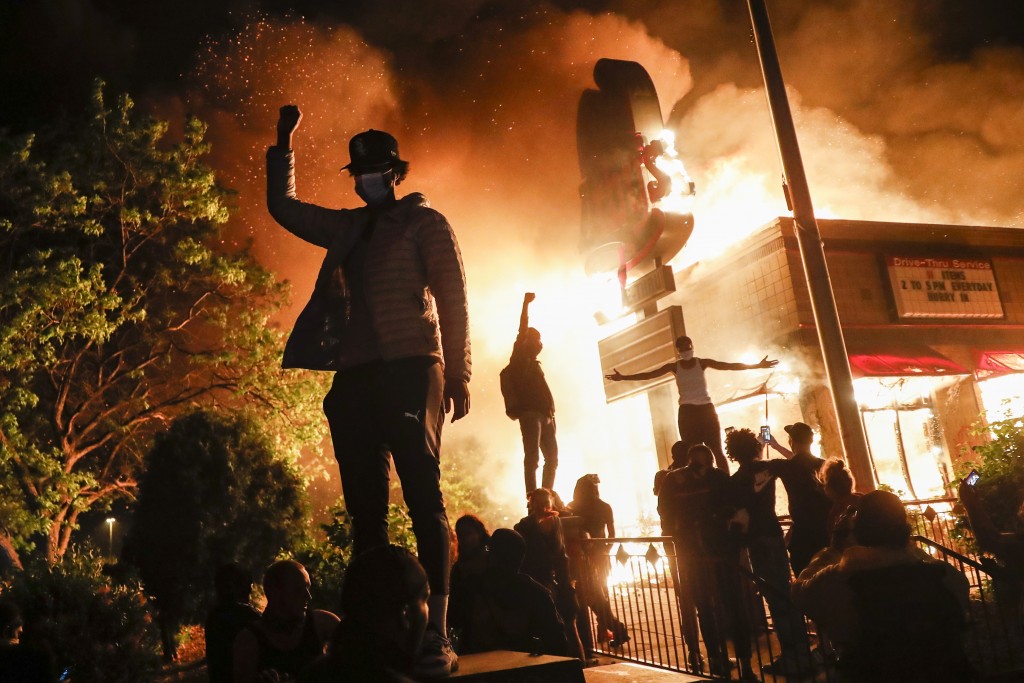 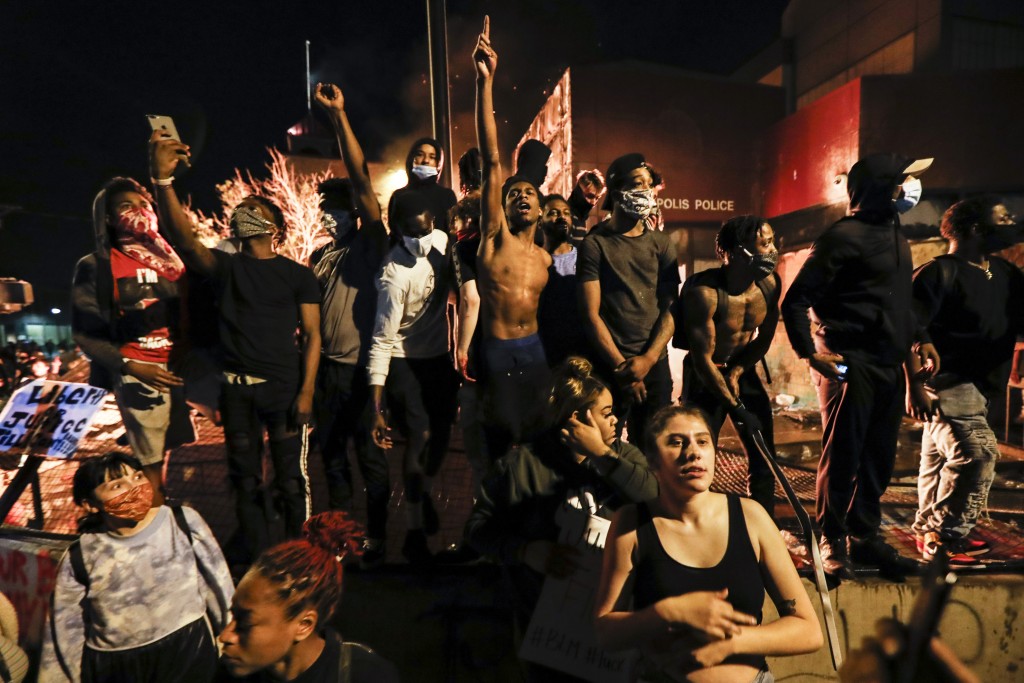 MINNEAPOLIS (AP) — Years of dialogue about police and criminal justice reforms in Minneapolis had improved the relationship between the African American community and law enforcement, activists say — before the police killing this week of George Floyd, a handcuffed black man who died after a white officer pressed his knee into Floyd’s neck for several minutes as he pleaded for air.

Floyd's death and footage of the officer pressing a knee into his neck for several minutes have unleashed protests and violent clashes with law enforcement — exposing simmering frustration and the fact that there’s much work still ahead, several advocates and leaders told The Associated Press.

“Progress and change can ebb and flow,” said Jeremiah Ellison, who won a City Council seat after participating in past protests against police killings of African Americans in Minnesota.

The four nights of unrest this week — including the torching of a police station that officers abandoned — “proved to me that we’ve regressed to the point of 2015,” Ellison said, referring to the year that also saw protests after the death of Jamar Clark, a black man killed by police.

Minneapolis — a city of nearly 430,000 that is 60% white, 19% black and 9% Hispanic — has a long history of economic and educational disparities that have marginalized black residents for decades, despite its reputation for progressive values. It is one of the most segregated cities in the country for its size, and schools suffer from stubborn achievement gaps.

The city appointed its first black chief of police nearly three years ago, after slow progress toward making the department more inclusive. Earlier this year, a statewide task force made up of activists, people representing victims of police brutality, and law enforcement leaders released recommendations for policing reforms.

That task force was formed in the wake of several high-profile fatal shootings of black men by police in the Minneapolis area. Those included Clark, who was killed during a struggle with two white Minneapolis officers, and Philando Castile, who was fatally shot by a Hispanic suburban police officer during a traffic stop in 2016.

While Nekima Levy Armstrong, a civil rights lawyer and former president of the Minneapolis NAACP, acknowledges that progress, she said that many old habits are still entrenched.

The city’s police department of more than 800 officers is still predominantly white, she said. The department did not respond to a request for up-to-date figures, but the Star Tribune reported in 2014 that the force, including cadets in field training, was 78.9% white, 9.2% black, 5.2% Asian, 4.1% Hispanic and 2.5% American Indian.

Some leaders, including former Mayor R.T. Rybak and state Sen. Jeff Hayden, have blamed the city's police union in recent days for fostering a culture that protects brutal officers and resists efforts at reform. The union's president, Lt. Bob Kroll, did not return a call seeking comment.

The eruption of anger in Minneapolis reflects frustration over these realities, despite some progress, said Teqen Zéa-Aida, a longtime activist in the city.

But the images themselves also demanded a “public response,” he said, though he pushed for protests to happen online given the risks of gatherings during the coronavirus pandemic.

“We saw his eyes ... we saw a lynching. George Floyd is Emmett Till, 2020,” he said, referring to the black 14-year-old who was abducted, beaten and killed in 1955 after he was accused of whistling at a white woman in Mississippi, a lynching that helped spur the civil rights movement.

Bystander video and photos of the arrest showed Floyd on the ground, while Officer Derek Chauvin kneels on his neck, ignoring his pleas for help. Two other officers appear to help hold him down, and a fourth attempts to keep space around the scene.

Police initially said they arrested Floyd because he matched the description of a man suspected of passing a counterfeit $20 bill at a grocery store and that he resisted arrest. Police were trying to put Floyd in a squad car when he stiffened up and fell to the ground, saying he was claustrophobic, according to the criminal complaint detailing charges against Chauvin.

In addition to igniting the turmoil in Minneapolis, Floyd’s death has garnered national attention, and it drew comparisons to the case of Eric Garner, a black man who died in 2014 in New York after he was placed in a chokehold by police and also said he could not breathe.

The delay in Chauvin's arrest may have also helped to drive the protests, which turned markedly more violent than those that followed the deaths of either Clark or Castile. Authorities arrested Chauvin and charged him Friday with third-degree murder and second-degree manslaughter. His attorney had no comment when reached by the AP. The other three officers involved have not been charged, but the investigation is continuing. All four were fired Tuesday shortly after the video began circulating.

Some activists and community leaders said they expected the protests to continue to push for the arrests of and charges for the three other officers.

“We must get to the underlying solutions or we will be right back here in a fairly short time,” said Keith Ellison, the state's first African American attorney general, whose son is the Minneapolis city councilman. “We’ve got to literally shift policing.”

Ramsey County Undersheriff Bill Finney, who in 1992 became the first African American police chief in Minnesota when he was appointed to the job in neighboring St. Paul, said even when the relationship between police and the black community improves, all sides must guard against complacency.

“You have to constantly make deposits into the community bank of goodwill,” Finney said. “You want to get to a place where the community stops considering you as ‘the police’ and starts seeing you as their police.”