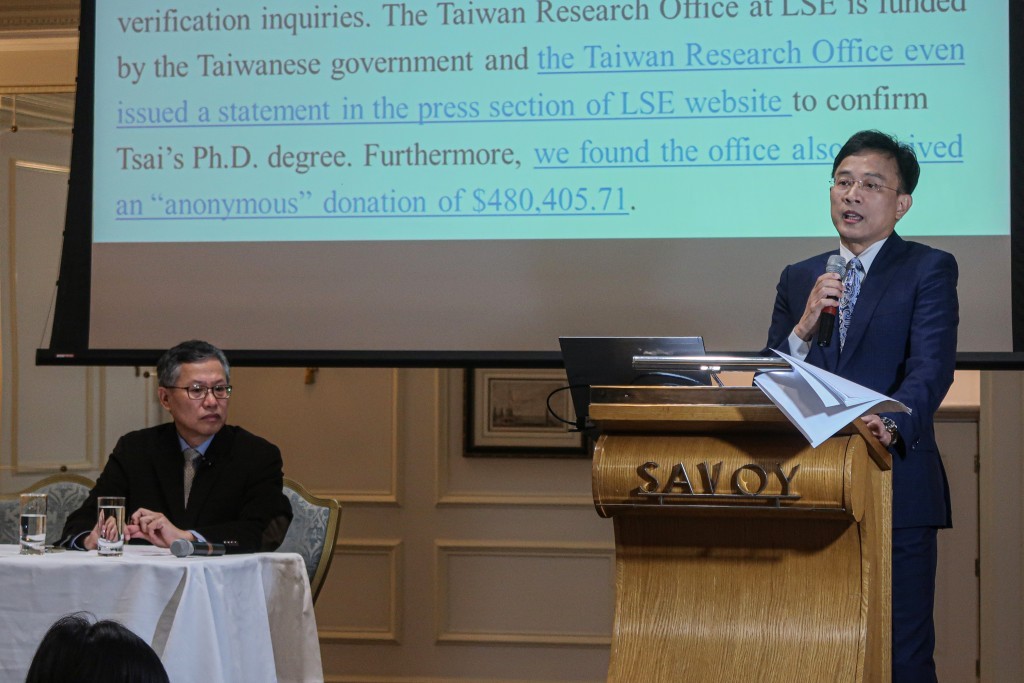 TAIPEI (Taiwan News) — The judge in the opening of the court trial centering on allegations that President Tsai Ing-wen’s (蔡英文) Ph.D. degree from the London School of Economics and Political Science (LSE) was false told a presidential spokesman Friday (May 29) that he should not take the fall for the president.

Spokesman Xavier Chang (張惇涵) said in September 2019 that media personality Dennis Peng’s (彭文正) allegations were untrue, leading to the former TV host to file a defamation suit against him. On Friday, the court held its first session in the defamation trial.

Peng told the session that he had taught news at National Taiwan University for 20 years. He said that Chang’s allegations against him amounted to reproaching a doctor for having no medical expertise and administering the wrong medicine, UDN reported.

The presidential spokesman responded that his task was to prepare statements in response to news and comments. He confirmed that President Tsai did not have to vet his work before he published it.

The judge then told Chang that he should not take responsibility for the issue, UDN reported. Asked whether the president approved of his legal action against Peng, the spokesman said that if seriously untrue allegations were made about the LSE diploma, the Presidential Office was allowed to take the issue to court.