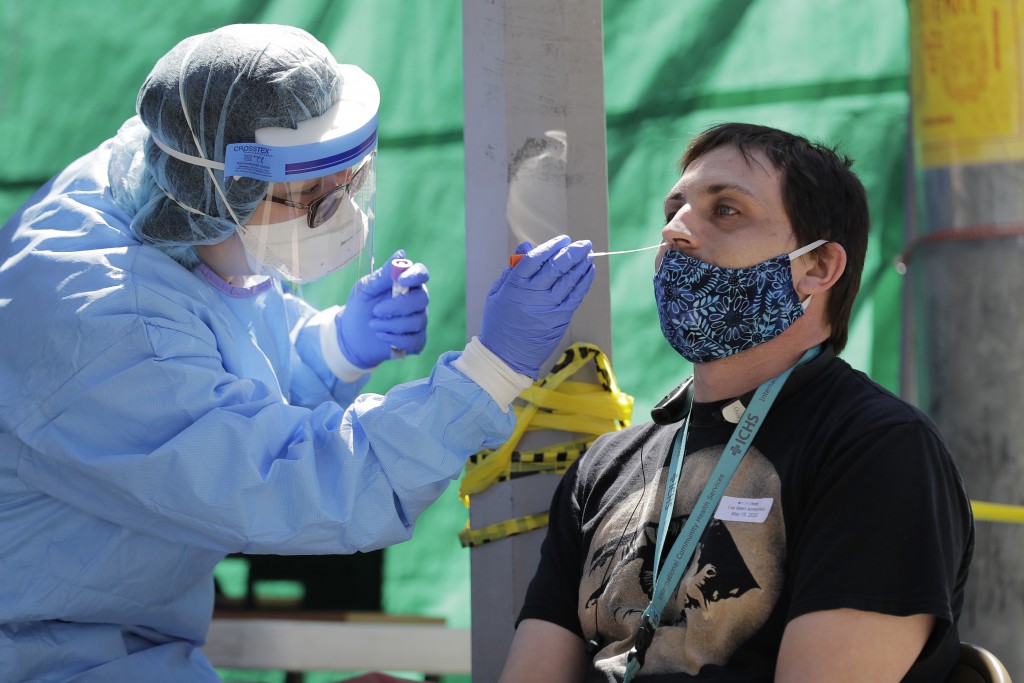 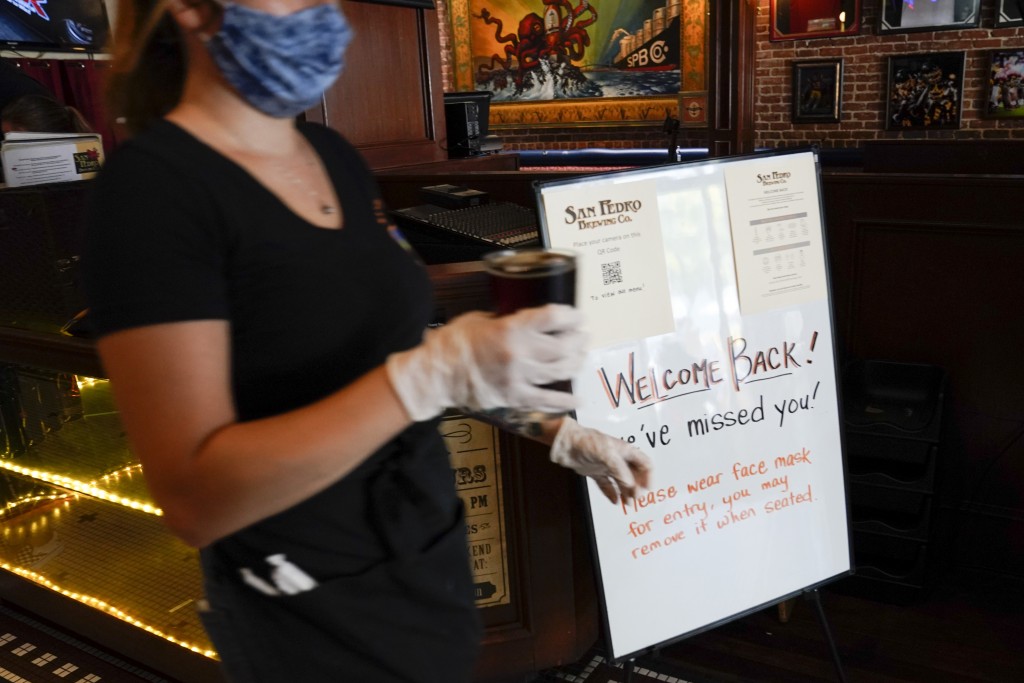 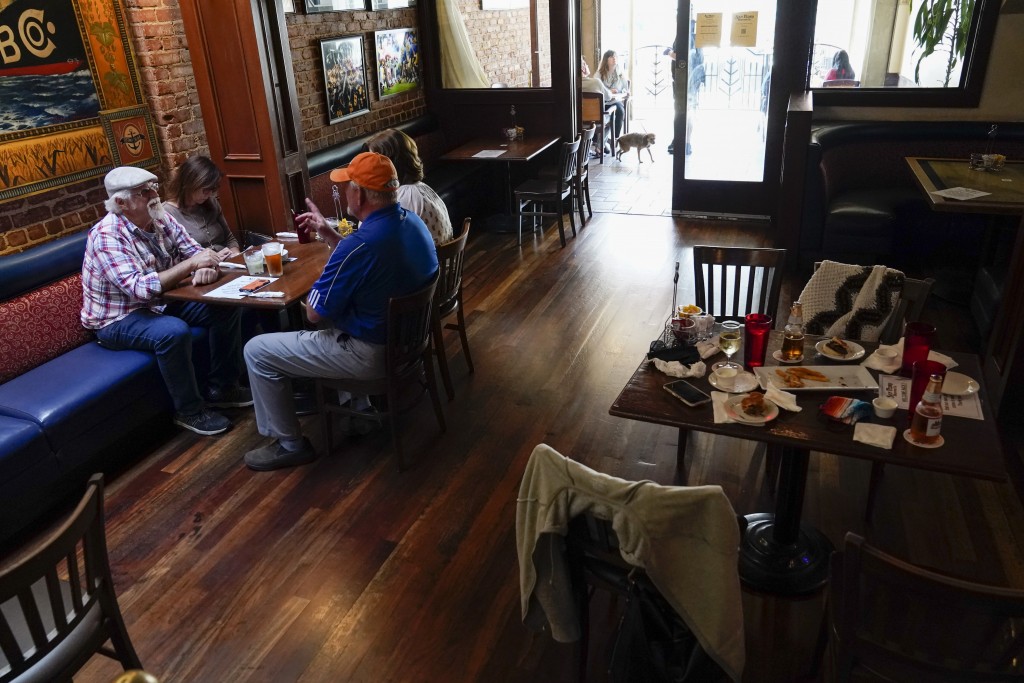 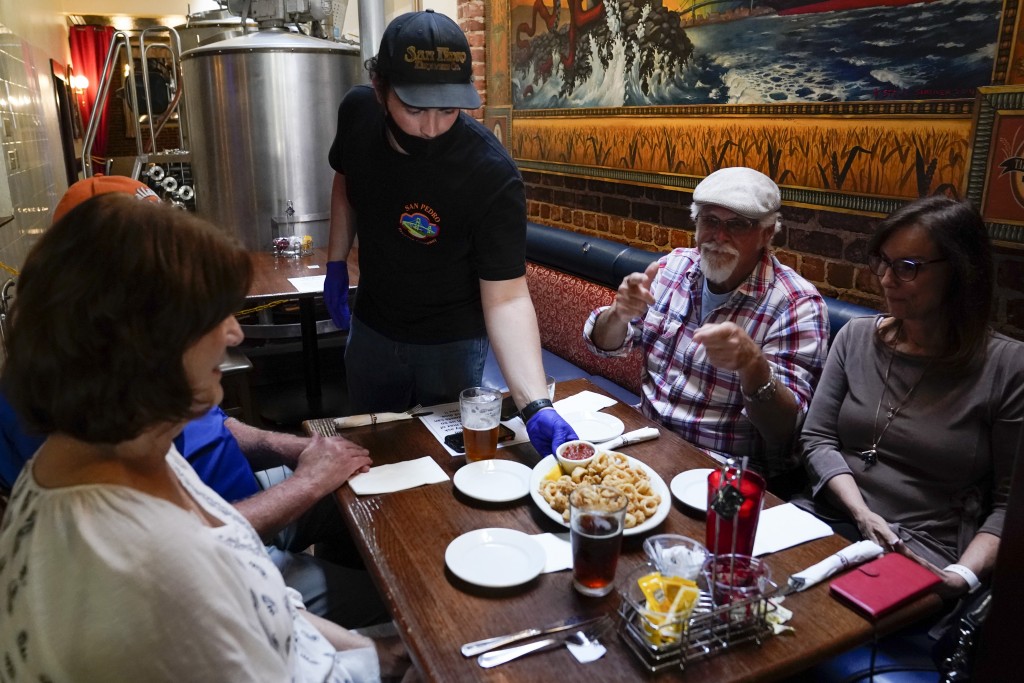 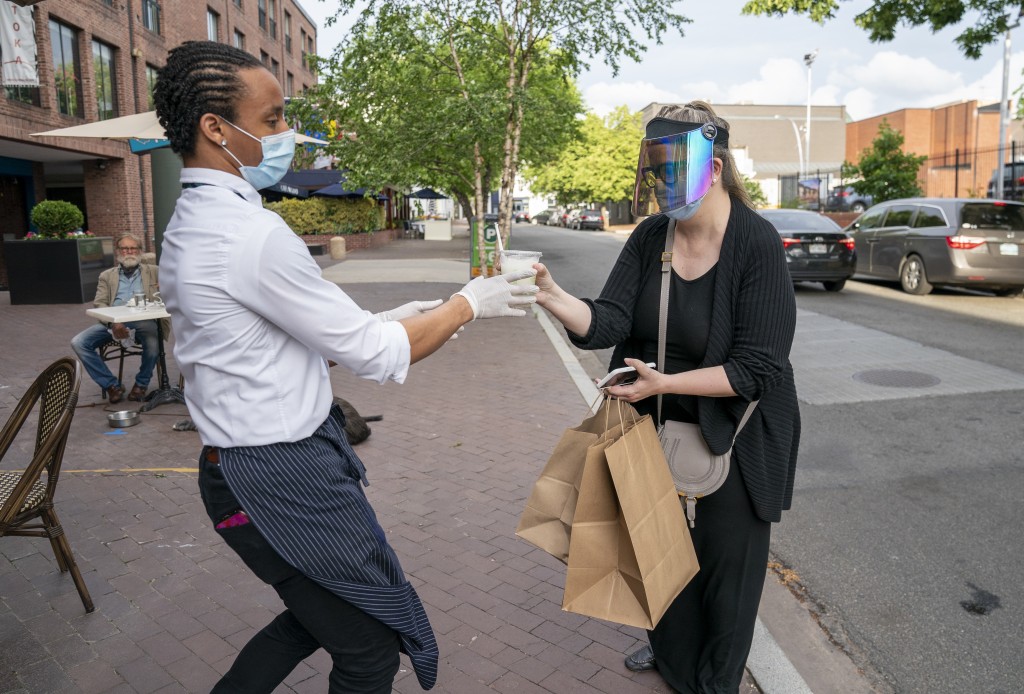 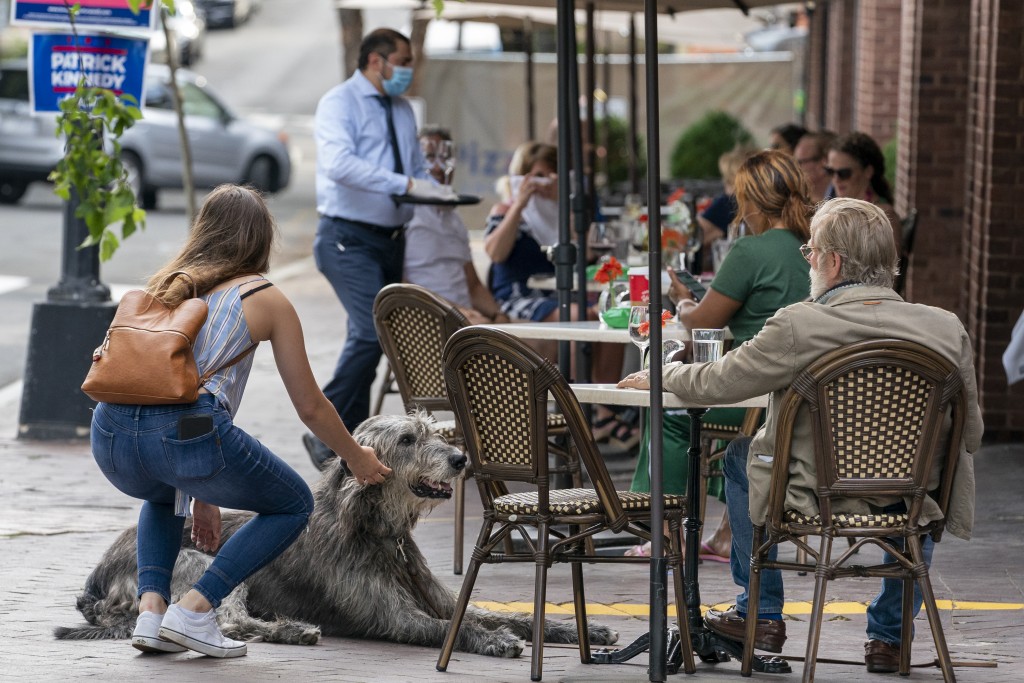 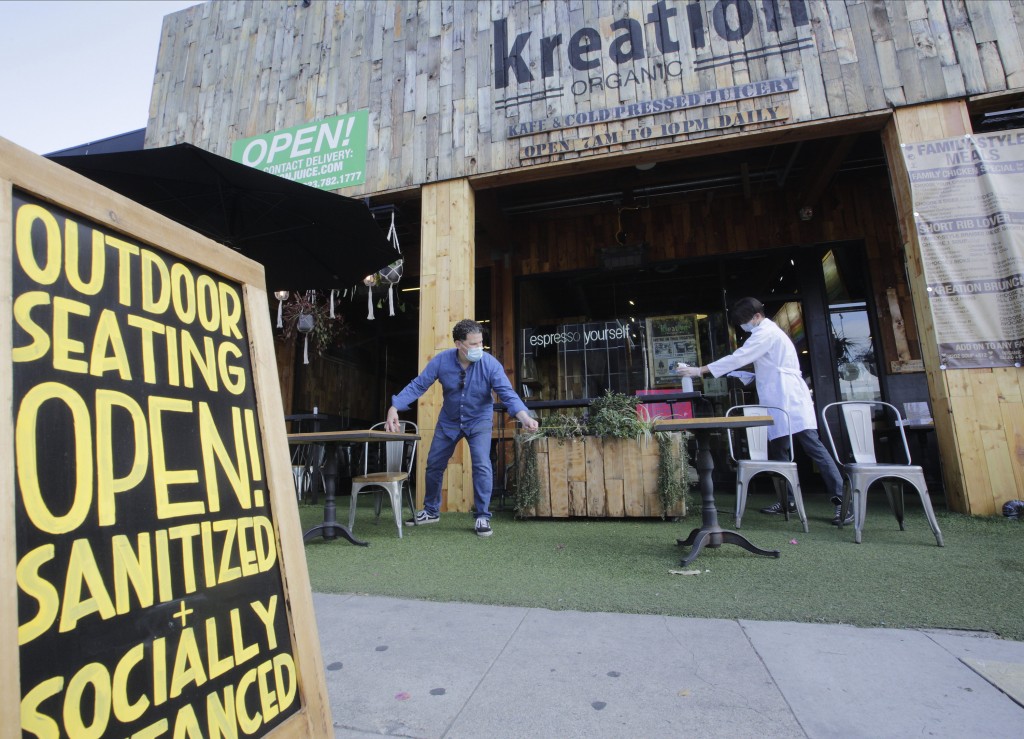 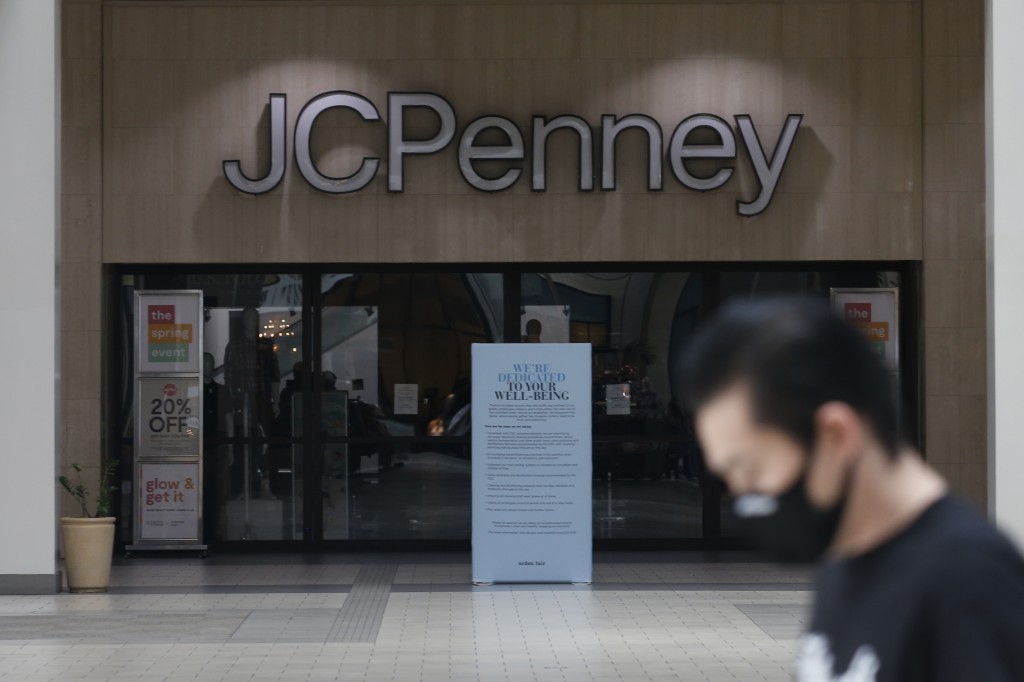 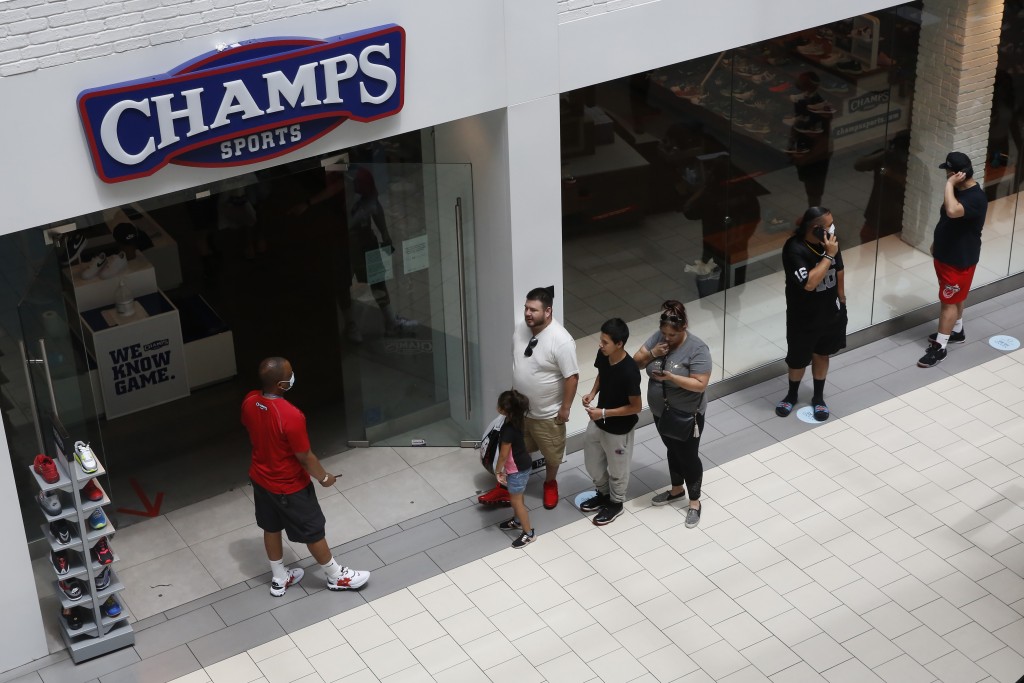 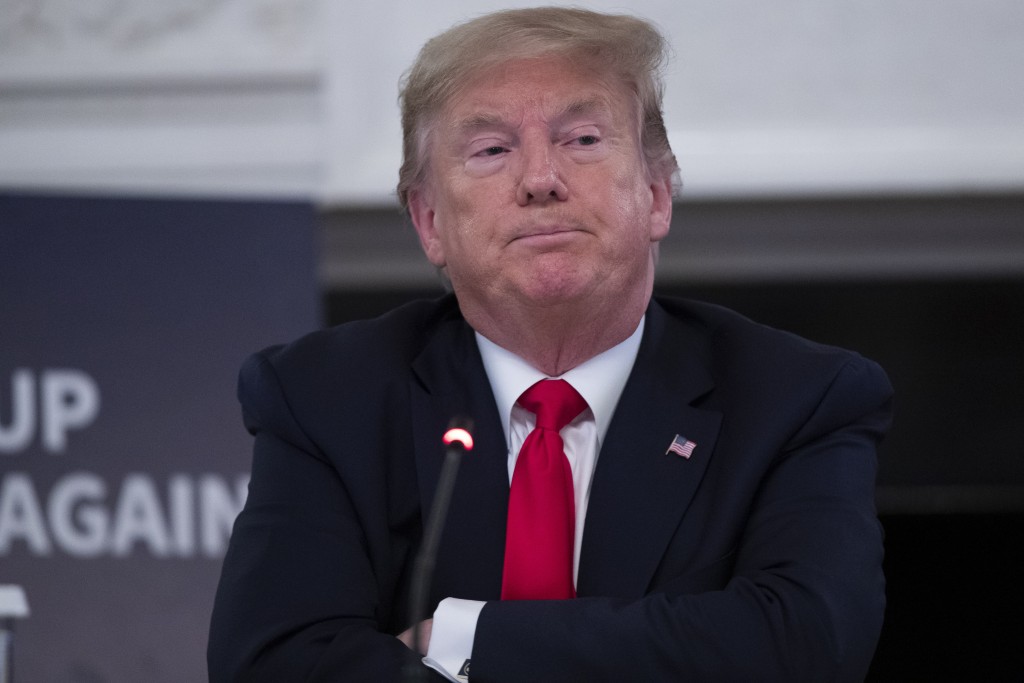 WASHINGTON (AP) — Grim employment and spending numbers darkened the prospects for a speedy recovery in the U.S. as the economic devastation from the coronavirus pandemic continues to spread, even as states moved to reopen more sectors.

President Donald Trump meanwhile announced that the United States will end its support for the World Health Organization, charging it didn’t respond adequately to the pandemic because of China’s “total control” over the U.N. agency.

Trump said Chinese officials “ignored” their reporting obligations to the WHO and pressured the agency to mislead the world when the virus was first discovered.

The U.S. is the largest source of financial support for the WHO, and its exit is expected to significantly weaken the organization. Trump said the U.S. would be “redirecting” the money to “other worldwide and deserving urgent global public health needs,” without providing specifics.

Asian countries have also been tentatively moving toward a return to a kind of normalcy. Around 400 German managers, workers and their families began returning to China aboard charter flights as multinational companies in the world’s second-largest economy seek to get their operations running again.

“We know there is a huge demand in the German business community to get more foreign employees back to China,” said Jens Hildebrandt, executive director of the German Chamber of Commerce in North China.

China reported reported four new confirmed cases on Saturday, all brought from outside the country, and no new deaths. Just 63 people remained in treatment.

South Korea reported 39 new cases on Saturday, most of them in the densely populated Seoul metropolitan area where officials have linked the infections to warehouse workers. Authorities have so far maintained the phased reopening of schools in the hope that the recent transmissions could be contained quickly.

U.S. Commerce Department statistics released Friday showed a record-shattering 13.6% drop in spending in April, a day after a federal jobs report showed another 2 million-plus Americans went out of work last week. Consumer spending is the primary driver of the U.S. economy.

The figures showed that consumers are unable or reluctant to spend, as wages and salaries — normally the key component of overall income — sank by an annualized $740 billion in April.

The latest job-loss figures from the U.S. Labor Department brought to 41 million the running total of Americans who have filed for unemployment since shutdowns took hold in mid-March.

The bad economic news in the U.S. was echoed in Europe, where an extensive social welfare net was showing signs of fraying, as protests erupted for a second day in Spain against layoffs by French carmaker Renault and Italy’s chief central banker warned that “uncertainty is rife.”

However, Italy’s Health Ministry reported no critical coronavirus infection spikes in any region, giving a positive go-ahead for the planned June 3 reopening of Italy to inter-regional travel by Italians and Europeans alike.

Russia's government, meanwhile, presented updated coronavirus statistics to include deaths of those who tested positive for the virus but died of other causes.

U.S. cities and states are under increasing pressure reopen, especially for service industries that had seen customer numbers evaporate. New Orleans, however, will likely ease restrictions on gatherings and businesses more slowly than the rest of Louisiana, a city health official said Friday.

Florida hopes to revive its tourism industry, with Universal Orlando planning to reopen its hotels on June 2. SeaWorld plans to start receiving visitors again beginning June 11 and Walt Disney World announced it will begin reopening in phases on July 11.

With most of Las Vegas's businesses and all casinos shuttered through April, state regulators reported Friday that monthly gambling tax revenues were down nearly 100% compared with a year ago. Tourism officials tallied fewer than 107,000 visitors to Las Vegas during the month, down 97% from a year ago.

In Missouri, officials said they were trying to notify “mass numbers of unknown people” after someone who attended crowded pool parties Memorial Day weekend at the Lake of the Ozarks tested positive for COVID-19. Video of the parties circulated widely online, with many people criticizing revelers for flouting social distancing guidelines.

A federal public health study released Friday concluded that the spark that started the U.S. coronavirus epidemic arrived during a three-week window from mid-January to early February, before the nation halted travel from China.

Worldwide, the virus has infected about 5.9 million people and killed about 360,000, according to a tally by Johns Hopkins University. The true dimensions of the disaster are widely believed to be significantly greater, with experts saying many victims died without ever being tested.

Sewell reported from Cincinnati. Associated Press writer Holly Ramer in Concord, New Hampshire, and AP reporters from around the world contributed to this report.