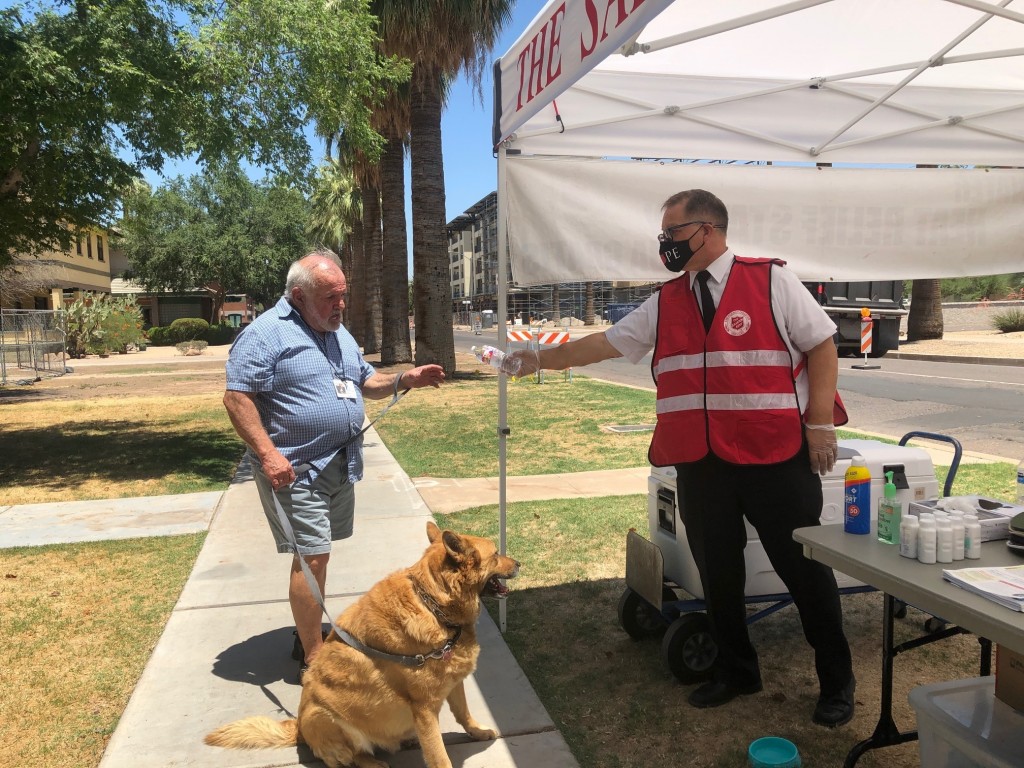 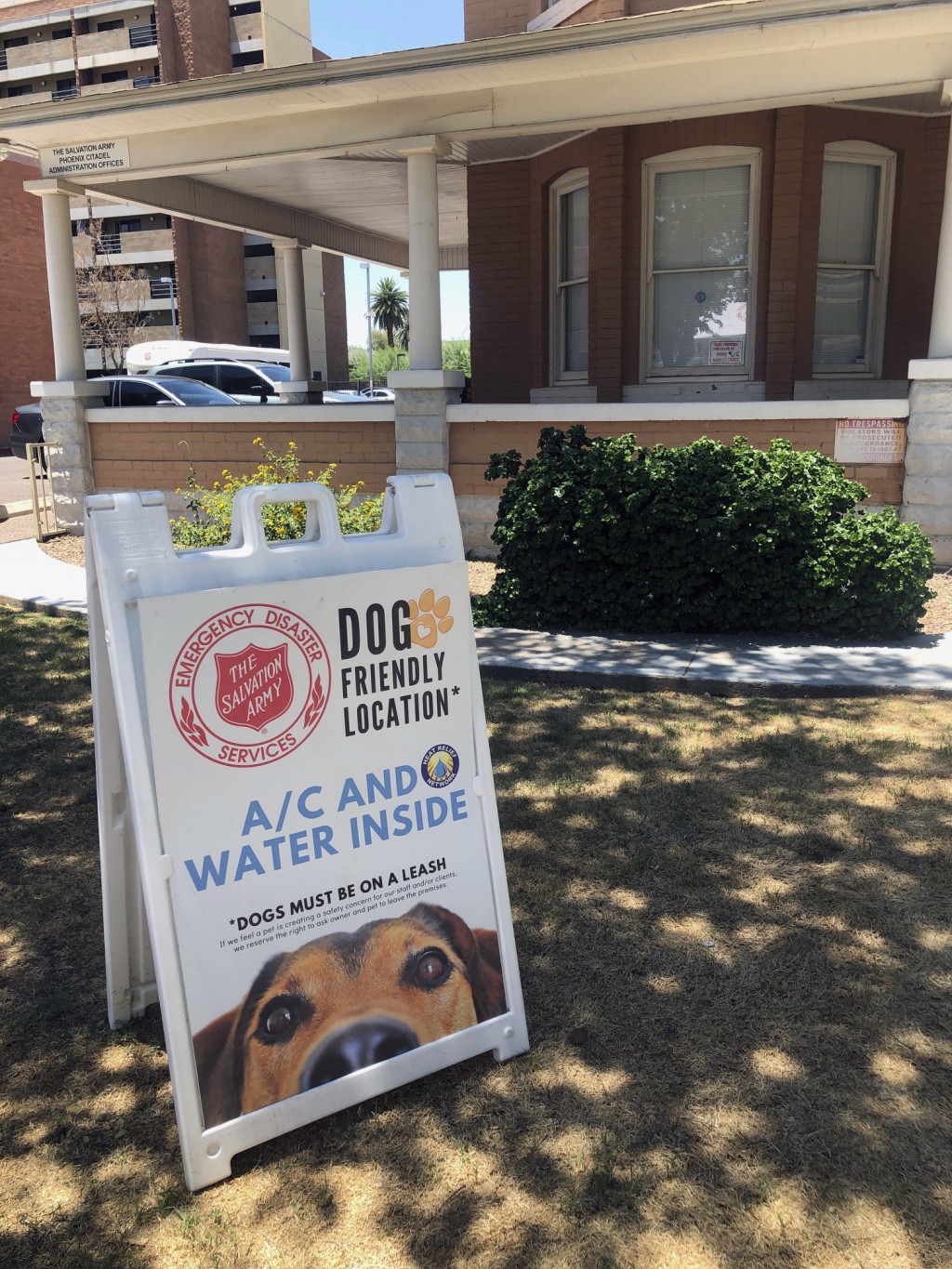 PHOENIX (AP) — Trying to stay safe during a global pandemic is hard enough, but people in Southwest desert cities like Phoenix and Las Vegas where temperatures can soar into the triple digits are also trying to protect themselves from the brutal heat.

With many government-run spaces like libraries and community centers still closed this week to prevent the spread of coronavirus, the Salvation Army and other nonprofit groups are shouldering a big load of the responsibility for ensuring people stay cool and hydrated amid an extreme heat warning in some parts of the southwestern U.S.

At a dozen of their sites in metro Phoenix, Salvation Army staff and volunteers Thursday asked people to wear masks, clean their hands with the alcohol-based sanitizer gel provided and stay at least 6 feet (2 meters) away from others as a precaution amid the virus outbreak.

”There are still few places where our homeless can go," Salvation Army Major David Yardley said at the group's downtown center. “Here, they can get some water, get out of the heat."

Phoenix malls and some restaurants are just starting to reopen after being closed for more than two months for social distancing to stop the virus from spreading. Some of the city's most popular cooling center sites remain closed, including the large Burton Barr Public Library in central Phoenix.

While homeless people comprise the bulk of those using the cooling stations, Yardley said they are open to everyone. He said he worried about elderly people who may turn off their air conditioning to save money or who don't have the cash to fix broken units.

“Everyone needs to check on their seniors,” he said.

Blistering temperatures can endanger health, and can lead to heat exhaustion, heat stroke and even death. The daily high temperatures in Phoenix were forecast to hit 110 degrees (43C) or very close to it during the extreme heat warning in effect through Sunday, National Weather Service forecasters said.

The federal agency advised people to drink plenty of fluids, stay out of the sun and remain in air-conditioned areas to prevent heat-related illness.

There were 197 heat-related illnesses last year in Maricopa County, where Phoenix is located, up from 183 in 2018, according to county statistics.

In metro Las Vegas, where an excessive heat warning is in effect until Friday evening, four heat relief stations were open.

Nevada’s Clark County said precautionary protocols like screening, social distancing and mask wearing were in effect at the sites in Las Vegas, Henderson and Mesquite, Nevada.