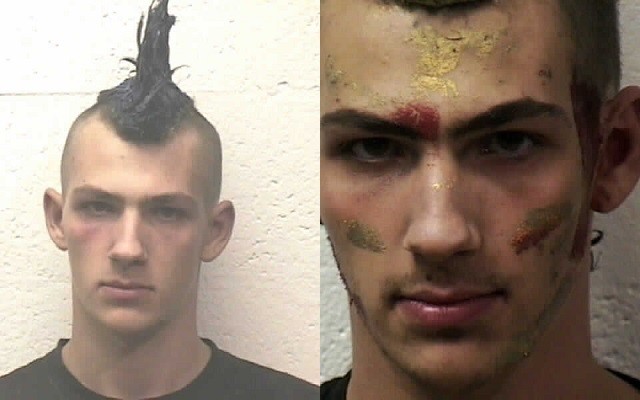 TAIPEI (Taiwan News) — American YouTuber Nathan Rich, who goes by the handle Hot Pot King (火鍋大王), could find himself in hot water with the Chinese authorities if they ever explore his criminal record, and Chinese netizens have already started to question some elements of his resume.

Since starting his YouTube channel in 2015, Rich has amassed 475,000 subscribers, many of whom are Chinese, no small feat considering that the platform has been blocked in the communist country since 2007. In his videos, Rich plays the part of the model foreigner who "really understands China" and appeases his nationalist Chinese followers by condemning Hong Kong pro-democracy protesters as "terrorists," parroting the Chinese Communist Party (CCP) mantra that Taiwan is part of China, chastising the U.S. for its folly in engaging in a trade war with China, and peddling conspiracy theories that the coronavirus started in America.

In a video telling his alleged "rags-to-riches-story," Rich says that he was raised by a single mother who was a fanatical follower of Scientology. He alleges that he suffered extensive abuse at Scientology boarding schools and that this was what contributed to his poor grades and truancy at the time.

After graduating from Scientology boarding school the Mace Kingsley Ranch at the age of 17, he ran away from home and was disowned for refusing to remain with the religious cult. Rich then started wandering around the U.S. as a punk rocker, and it was during this period that his troubles with the law began.

His citations and arrests primarily involved damaging property, public intoxication, driving while under the influence, criminal conspiracy, traffic violations, and most seriously, possession of heroin. All but one of Rich's crimes took place in Albuquerque, New Mexico, with the exception of drug charges in Rio Rancho.

On Oct. 1, 2000, Rich was arrested for criminal damage of over US$1,000, conspiracy, driving under the influence, and not having a driver's license or insurance for his vehicle. In the mug shot taken that day, Rich can be seen sporting a mohawk, and a description of tattoos lists the word "The" on his left thumb, "City" on the fingers of his left and, "In" on his right thumb, and "Slut" on the fingers of his right hand. Two weeks later on October 14, he was arrested again for criminal damage and conspiracy charges. In the mugshot for this arrest, the residue of gold and red spraypaint can be seen on his face.

In a video about Rich's troubled youth after leaving Mace Kingsley Ranch, one of his relatives mentioned that he had been caught sniffing spraypaint in an Albertson's grocery store. It appears that this was the same or a similar incident as the one mentioned in the video. On April 25, 2001, Rich was cited for drinking in public. He was cited for the same violation again on October 26, as well as for violating a premise liability ordinance.

On Nov. 28, 2002, he was arrested for driving with a suspended or revoked license and not wearing a seatbelt. The image below is his mugshot for this arrest: On Oct. 14, 2003, Rich hit rock bottom as he was charged with possession of a controlled substance — heroin — and drug paraphernalia. In this case, he pleaded guilty on both counts on Aug. 30, 2004.

The court record states that police in Rio Rancho, New Mexico, on October 14 found that Rich had a number of items of drug paraphernalia, including a syringe, spoon, cotton pill, and foil bindle with the intention of using it to introduce the drug into his system, which is a misdemeanor. Police also found that he had heroin on his person, which is a 4th-degree felony.

Rich said that it was during this dark period that a friend told him that he should "do computers," and this inspired him to pursue a career in network administration. He claims that he became so highly skilled at managing networks for companies that he eventually reached the one million dollar milestone. Wikipedia page in 2019 showing his net worth and role as CTO at Base FX. (Zhihu sceenshot)

In 2019, the Nathan Rich Wikipedia page listed his net worth as US$1 million dollars. However, Chinese netizens on Zhihu discovered that an editing war broke out over the page because he was the main source for most of the initial information written there.

Rich had allegedly used the name "Diaozhadelaowai," and this name was flagged for violating Wikipedia's policy against self-promotion and the article was marked for deletion. Editors came to the conclusion that the article should not be deleted entirely due to his documented participation in Scientology, but information such as his net worth and work as a CTO for Base FX was removed.

On his IMDB page, Rich claims credit for dozens of recent films as the CTO of Base FX, including "The Wandering Earth" which screened in 2019. However, the company issued a statement in which it wrote that Rich had resigned from the company in 2018, had not been involved in special effects work when he worked at the firm, and was not on the team responsible for the film's special effects. (Screenshot of Base FX statement posted on Weibo)

Rich later clarified that he listed the film on his IMDB page because he was the CTO when work had started on the film, even though he did not participate directly in the project. Actor and composer Gong Geer, who produced the film, on Weibo wrote that Rich had no involvement in the film and that Base FX itself had only carried out the preliminary design, storyboard drawing, as well as Previz development, and was not involved in the post-production of visual effects.

Two years after leaving Base FX, Rich continues to credit himself for numerous film productions associated with the company up to the present. Rich's credits for film projects for the company on IMDB go as far back as 2015.

Problematically, on July 1, 2013, the city of Beijing began requiring all foreigners wanting to apply for a working visa in the city to present a non-criminal record certificate. As Rich began working around two years after the regulation went into effect, and given his long list of criminal offenses previously mentioned in this article, it would appear that he was directly violating Chinese law.

His drug felony would be especially frowned upon in China, a country where Chinese and foreigners alike can receive the death penalty for drug trafficking. In addition, his tattoos, which are still visible on his fingers, became illegal on China's airwaves in early 2018.

The documents and information regarding Rich's criminal background is on the public record and was obtained by Taiwan News with permission from the Bernalillo and Sandoval county governments of New Mexico.