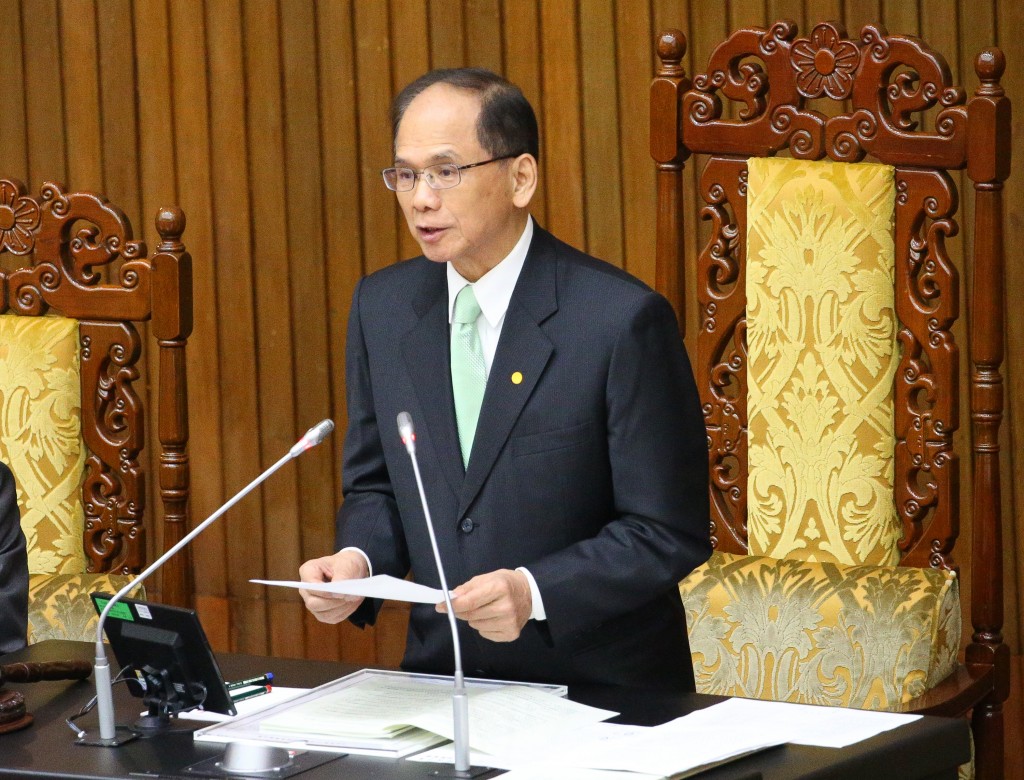 TAIPEI (Taiwan News) — Taiwan’s legislature has strongly condemned the passing of a draft of a contentious security law by China's National People's Congress on Thursday (May 28), which Beijing plans to utilize to tighten its control over Hong Kong.

In a bipartisan joint statement issued by the legislature on Friday, lawmakers from different political parties expressed "strong regret over and severe condemnation" of China for passing the national security plan for Hong Kong while circumventing the territory’s Legislative Council. The move has escalated tensions in Hong Kong and jeopardized the safety and freedoms of Hongkongers, the statement said.

Lawmakers have also asked the Mainland Affairs Council (MAC), the top government agency handling cross-strait affairs, to submit a report to the legislature on a seasonal basis that assesses Hong Kong’s autonomy from China in political, economic, and social respects. As stipulated in the Laws and Regulations Regarding Hong Kong & Macao Affairs, Taiwan has granted Hong Kong special status as a territory distinct from China.

Additionally, the statement recommends that the government should, based on the existing law and in line with national interests, offer necessary assistance to Hong Kong citizens whose safety and right to freedom are in danger due to political factors. The statement also suggested that the government should help Taiwan-based Hong Kong workers and students who are advocates of the pro-democracy protest movement, which had roiled the territory for much of the past year.

The legislature will continue to closely monitor the situations in Hong Kong, the statement said. It added that the legislature has lent support for Hongkongers' pursuit of democracy, freedom, and a more egalitarian method of electing the city’s chief executive.

President Tsai Ing-wen (蔡英文) has pledged to offer assistance to Hongkongers through a proposed government-led plan in view of a potential influx of people from the Special Administrative Region. According to government data, the number of Hong Kong people who applied for short- or long-term residency in Taiwan surged in 2019, an increase of 41 percent compared to 2018.

MAC Minister Chen Ming-tong (陳明通) on Thursday declined to specify how many pro-democracy protesters from Hong Kong have acquired residency in Taiwan since last summer. He said only that the number surpassed 20—a figure provided by a non-profit organization that has been helping Hong Kong protesters.

The draft of the national security legislation for Hong Kong was passed with a vote of 2,878 to 1 in China's rubber-stamp legislature on Thursday. The law, which is expected to be included as an appendix of Hong Kong's mini-constitution, will prohibit activities Beijing designates as related to secession, sedition, terrorism, and foreign inference.