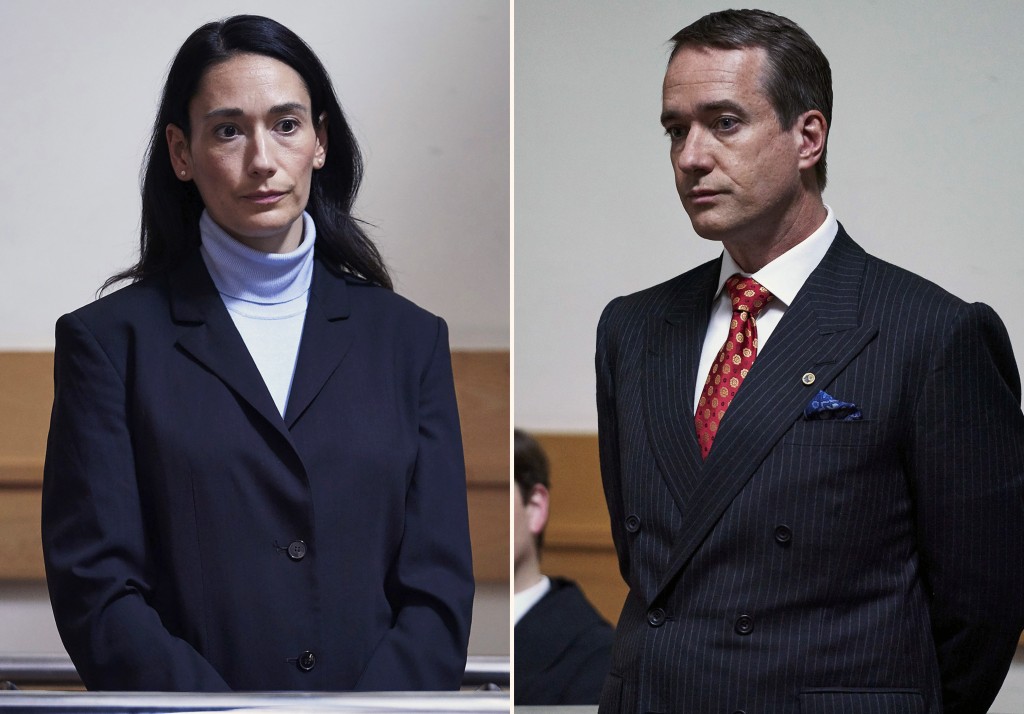 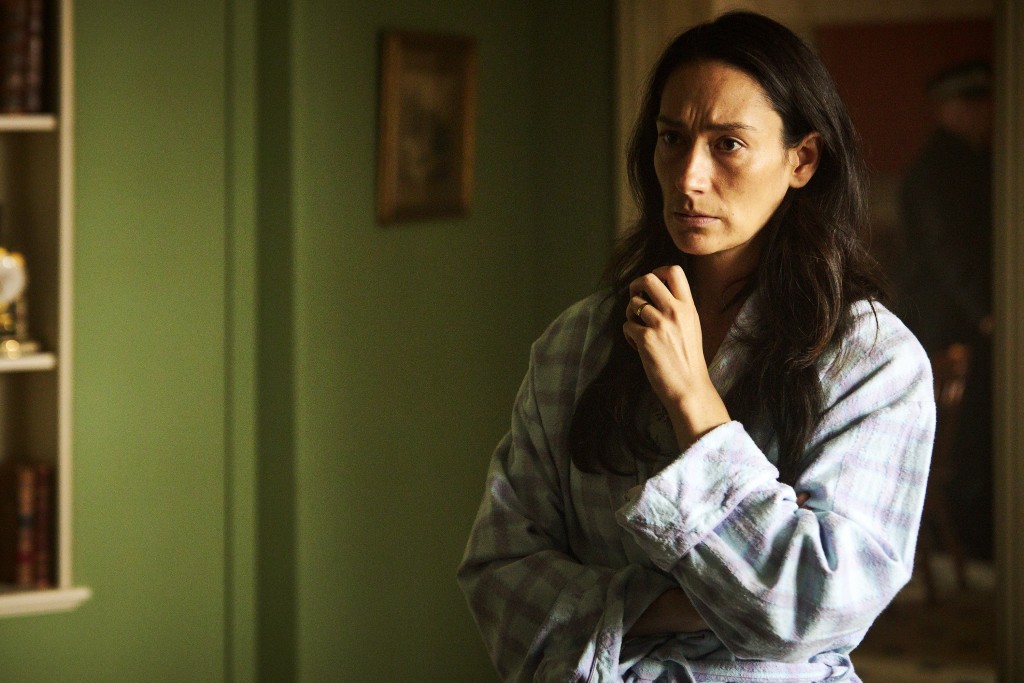 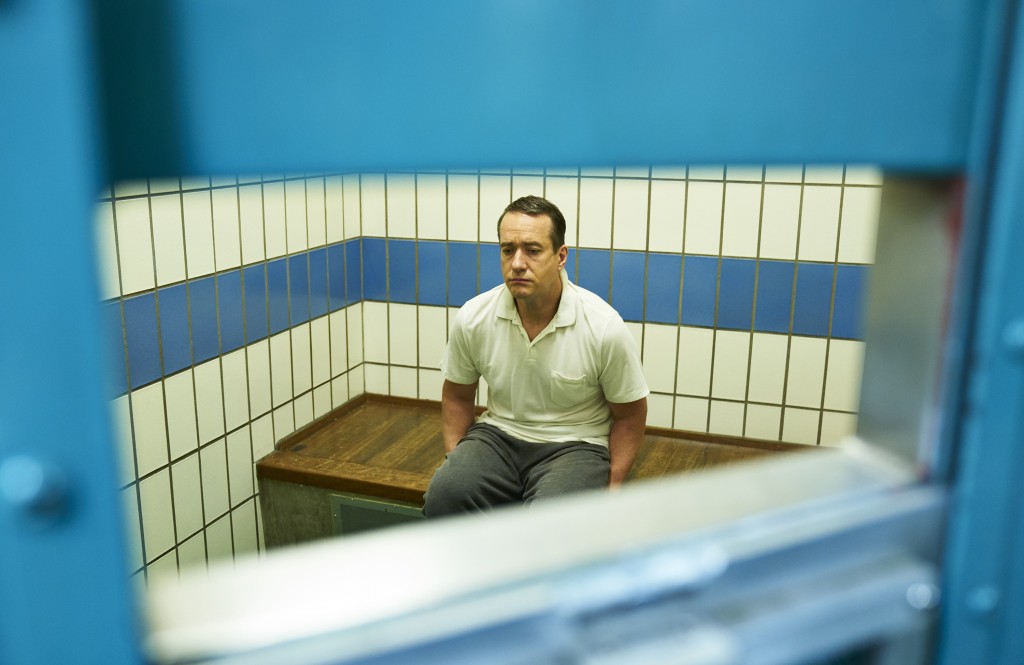 LOS ANGELES (AP) — The only misconduct attached to the 1999-2002 run of ABC's “Who Wants to Be a Millionaire” was the network's decision to milk the hit quiz show by airing it night after night until it crashed in the ratings.

British TV, which originated the series, easily topped that when a husband and wife were accused of cheating their way in 2001 to the top million-pound prize — allegedly coughing up the correct multiple-choice answers by brazenly signaling with exactly that, a cough.

The headline-making chapter is the basis of AMC’s “Quiz,” a three-part drama that looks at Charles and Diana Ingram and their painful fall with a deft combination of satire and expansive humanity. Starring Matthew Macfadyen, Sian Clifford and Michael Sheen, the series debuts 10 p.m. EDT Sunday, with the concluding episodes airing at 9 p.m. EDT on June 7 and 14.

Writer James Graham said he intended to convey more than a question of whether justice was done, both in the series and in his play of the same name that debuted in London in 2017.

The story was “a vessel to explore thematically the issue of truth and reality and facts in your country and my country, both to the presidential election and the Brexit referendum, which is the time I started writing this,” he said. “I think we all became increasingly more anxious that there was a battle happening, and the battle was over whether or not anything could ever be proven to be definitely true or definitely false ever again.”

The goal was to do that with a light touch, said Graham. (He also expressed hope that the “nasty cough” central to the saga doesn't cast a pandemic-era shadow.)

Like many in the U.K. and beyond, he was aware of the legal and tabloid ordeals of Charles Ingram, who was a major in the British army, and his wife, who were convicted in both forums. More than a decade later, Graham’s interest was re-ignited by a book for that argued for the pair's innocence. (Last month, an attorney for the Ingrams said they intend to appeal their conviction).

The resulting play and TV drama take a nuanced, if not necessarily exculpatory, view of events.

Graham recalls watching “Who Wants to Be a Millionaire” as a teenager and being “transfixed by what, in retrospect, seems like a relatively simple concept of questions and answers.”

He borrows a line from the series to explain why his nation might have embraced pub quizzes and trivia nights more quickly than others: They combine the “two great British loves, drinking and being right.”

Then came the unlikely TV plot twist, with a “relatively ordinary couple trying to achieve this extraordinary thing of stealing a million pounds like you would from a bank vault,” Graham said. “But it was a game show, live, in front of cameras and microphones and studio lights and an audience.”

Viewers share his fascination. When “Quiz” aired last month on U.K. network ITV, the home of “Who Wants to Be a Millionaire,” it drew big ratings along with enthusiastic reviews. The project teamed Graham, at age 37 already a Tony Award nominee for “Ink,” with veteran director Stephen Frears, a two-time Oscar nominee (“The Queen,” “The Grifters”).

Macfadyen, star of “Succession” and 2005's “Pride & Prejudice,” and Clifford, who played Phoebe Waller-Bridge’s sibling in “Fleabag,” portray the Ingrams, with Sheen (“Masters of Sex”) as the quiz show’s longtime host, Chris Tarrant.

Clifford said she dismissed everything she had heard and read about the couple after she received the script.

“You don’t have to dig very deep into this story to realize there has been an injustice of sorts," she said, "whether or not you think they’re guilty, but certainly in terms of fair treatment as human beings by the media and by the public and even the way they were treated in the courtroom, which I think is appalling.”

Graham approached the couple's portrayal with “care and grace” and examines events in a balanced way, one that “raises more questions than it gives us answers,” she said. “I think that’s exciting.”

Macfadyen said portraying the Ingrams and their relationship became more important than whether they scammed the show, although he and Clifford did go back and forth on the issue.

“As to his guilt or innocence, I don’t know," the actor said of Charles Ingram. "I really don’t know, is the honest answer.”