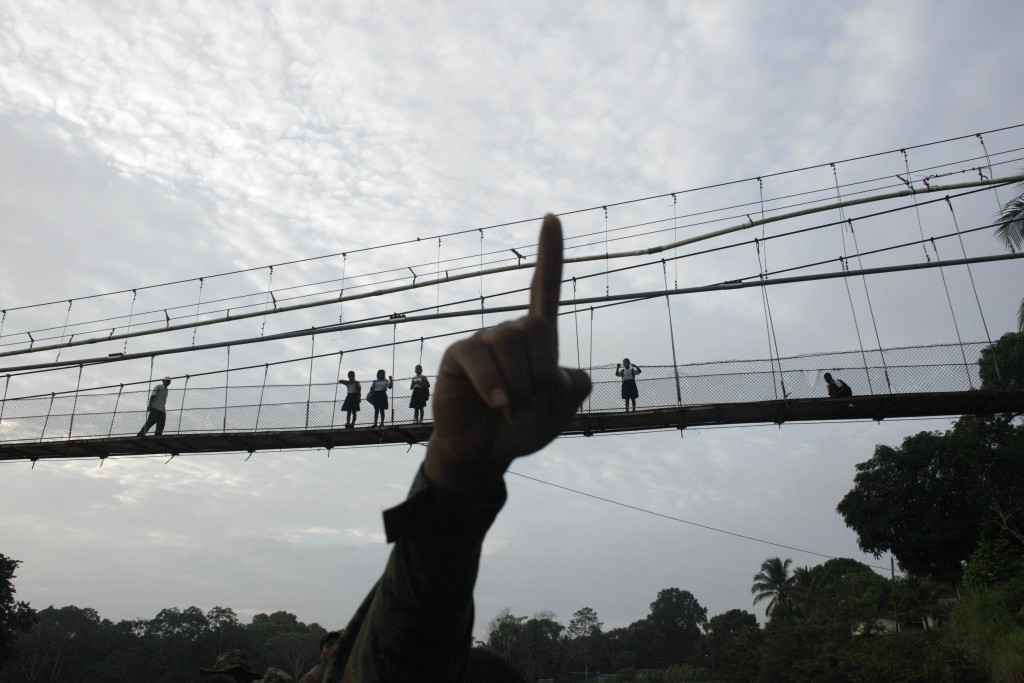 Prior to the novel coronavirus pandemic, Panama had practiced what it called a “controlled flow,” which allowed migrants emerging from the dangerous Darien jungle to rest at camps before boarding buses and continuing their journey up through Central America.

Panama’s government and the International Organization for Migration, which aids Panama in the area, did not immediately respond to requests for comment Thursday.

This week the Inter-American Court of Human Rights ordered the government to safeguard the wellfare of the migrants held in Peñitas and Lajas Blancas.

The migrants come from Haiti and Cuba, as well as African and Asian nations. About 80 infected with the virus were moved to Lajas Blancas, the second camp along the route. Dozens of others with symptoms or who had contact with the infected have been sent there as well.

The court said the Peñitas shelter was still far beyond its capacity with nearly 1,700 people there including more than 400 children. It ordered immediate “access to essential health services without discrimination to all of the people” in the camps.

With more than 4,000 confirmed infections and at least 315 deaths, Panama has the highest reported figures in Central America.

The government of President Laurentino Cortizo has previously denied any mistreatment of the migrants and insisted that their detention since late March is only due to the pandemic.

Vice-Minister of Foreign Affairs Federico Alfaro Boyd noted earlier this week that Costa Rica and Nicaragua had closed their borders as well, making it impossible for the migrants to advance.

He said a strong effort was being made to provide the migrants with the medical care, as well as basics such as cots to sleep on and water.

The court has watched Panama closely since a 2002 case about human rights violations of an Ecuadorean migrant in Darien. The non-governmental Center for Justice and International Law monitors Panama’s compliance. The center says that migrants crossing the Darien face a policy of automatic and arbitrary detention and overcrowded conditions.