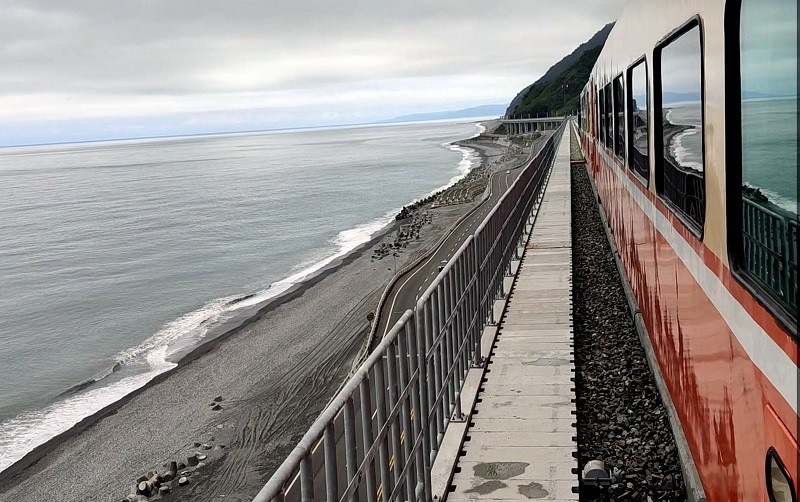 TAIPEI (Taiwan News) — A 2.7-kilometer section of elevated railway sandwiched between coastal mountains and the Pacific Ocean in eastern Taiwan has been completed and opened for use on Thursday (May 28).

“Wow! It’s so beautiful,” engineers exclaimed as they finished the final railing work, CNA reported. The first train of the morning, heading to Fangliao, passed by the defunct Duoliang station and slowly rolled onto the new elevated railway.

The elevated railway is meant to reroute trains around Douliang No. 1 Tunnel and reconnect with Duoliang station, rendering the nearly 40-year-old tunnel obsolete. Though the station is still a popular tourist site, trains do not make any stops there.

As part of the project to complete an electrified railway network around the country, this section of rail took three years to complete.

Trains running on the curvy route look like giant dragons floating over the sea, CNA noted.

The Railway Bureau said that the electric poles were placed along the mountain rather than seaside so that they "would not keep passing in front of our eyes.”