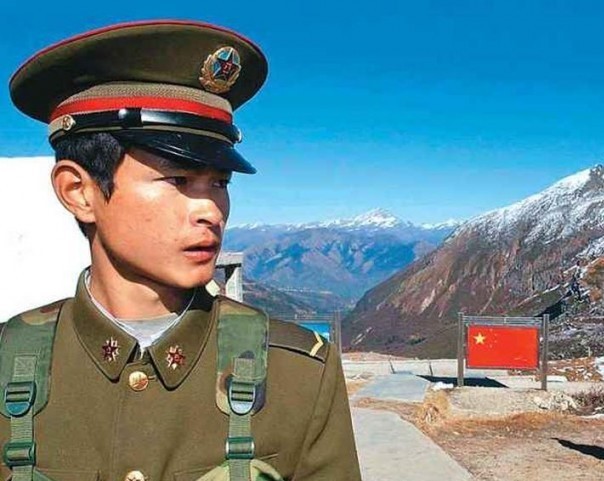 TAIPEI (Taiwan News) — President Xi Jinping on Tuesday (May 26) issued what could be interpreted as a subtle warning to India during the third plenary session of the 13th National People's Congress in Beijing while tensions in Sino-Indian relations continue to intensify.

At the plenary session, he stressed that China must "adhere to a bottom-line mentality," referring to Beijing's unwavering territorial claims near its border with India, and "comprehensively strengthen the training and preparation of troops" to handle complex situations effectively. He added that the PLA would "safeguard national sovereignty, security, development interests, and maintain the overall strategic stability of the country," according to MSN.

The Chinese People's Liberation Army (PLA) and Indian troops recently engaged in border disputes near Pangong Tso (Pangong Lake) in the Union territory of Ladakh and in the northeastern state of Sikkim on May 5 and May 9, respectively. China's Foreign Ministry spokesman Zhao Lijian (趙立堅) pointed out that the situation at the Sino-Indian border is generally stable and manageable.

According to MSN, India has deployed three infantry regiments to disputed border areas, with each regiment consisting of 10,000 to 12,000 soldiers. Meanwhile, China has approximately 5,000 troops stationed in the region.

The Hindustan Times reported that Indian Army Chief General Manoj Mukund Naravane is presiding over the three-day Commanders' Conference that began on Wednesday, in which the nation's top military officials will discuss key security issues, including border disputes with China.

China and India have been in a persistent border dispute for decades. The two countries fought a brief war in 1962, which China won.