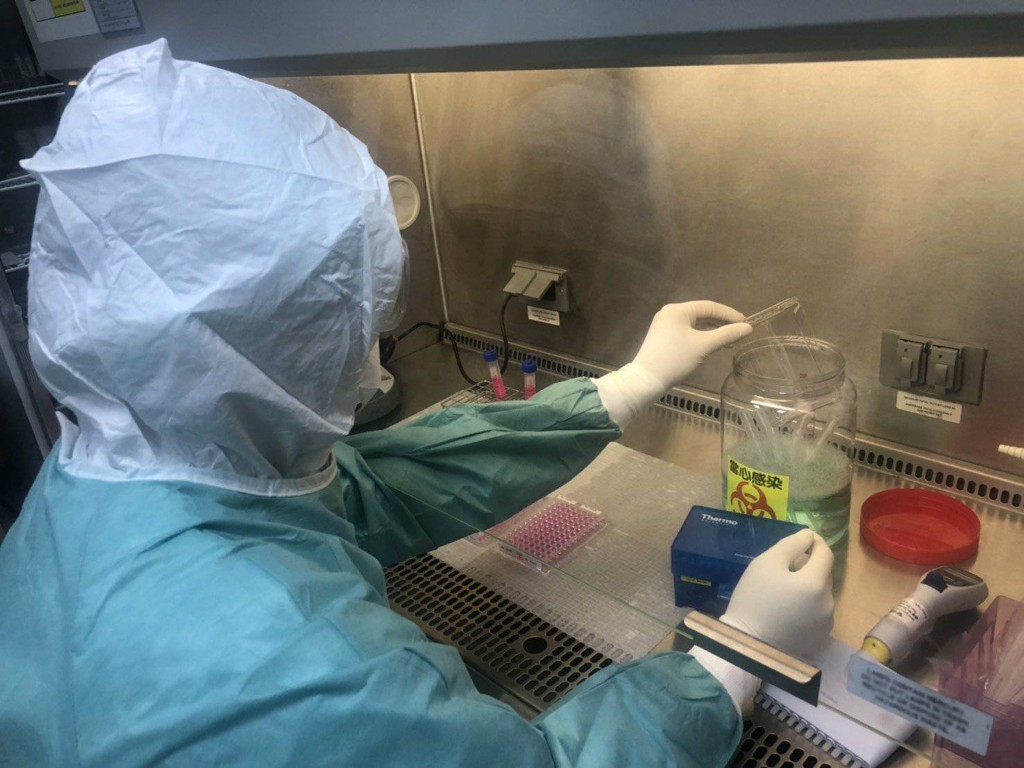 TAIPEI (Taiwan News) — A team of scientists at Taiwan's Chang Gung University (CGU) has found a monoclonal antibody (mAb) that can inhibit the Wuhan coronavirus (COVID-19) by over 90 percent.

The team spent several months searching for the antibody, which has the ability to inhibit the virus by 90 to 98 percent. In addition, it has been found to be effective against all four main virus strains.

In early April, researchers from CGU and Academia Sinica, the National Defense Medical Center, and Oxford University announced that they had identified 25 strains of mAbs in three patients infected with COVID-19. At the time, they had already identified one of which could potentially inhibit the virus from entering the body, paving the way for medication.

Shih Shin-ru (施信如), director of the CGU Research Center for Emerging Viral Infections confirmed on Thursday (May 28) that through experiments there the antibody has the ability to block the virus from entering the human body, with the ability to inhibit the virus ranging between 90 to 98 percent, reported CNA. Moreover, the antibody had the same neutralization effect on the Wuhan, American, European, and Egyptian strains of COVID-19, making it an ideal candidate for therapeutic drugs.

Shih said that unlike pharmaceuticals, which can be toxic and produce side effects, antibodies are made from substances that naturally occur in the human body. Therefore, they are not only safe but also highly specialized, enabling them to identify specific viruses and inhibit or eliminate them and will not affect normal healthy cells in the process, while reducing the occurrence of side effects.

The director added that now that the CGU team has identified a suitable mAb, they will start a technology transfer to the private sector in June, carry out further tests, and ramp-up to mass production. If all goes well, the antibody could be commercially available by as soon as the end of the year, said Shih.