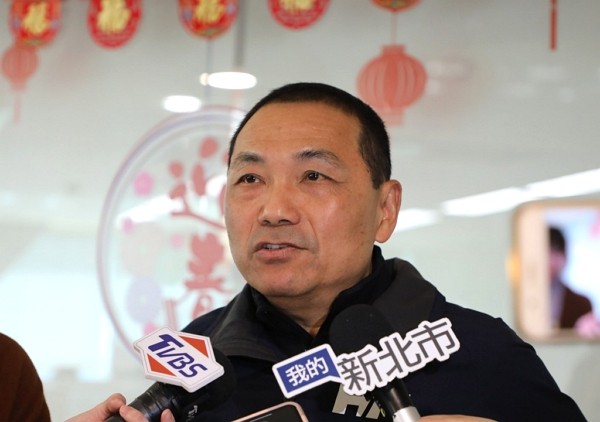 According to the poll results announced Thursday (May 28), Hou was given a five-star review for his performance as New Taipei mayor, as was Taoyuan Mayor Cheng Wen-tsang (鄭文燦). Tainan Mayor Huang Wei-cher (黃偉哲) was given a four-and-a-half star rating, while Taipei Mayor Ko Wen-je (柯文哲) and Taichung Mayor Lu Shiow-yen (盧秀燕) each received three-and-a-half stars.

Hou also had an approval rating of 87.1 percent, the highest among 21 mayors and magistrates. Coming in second and third were Pingtung County Magistrate Pan Men-an (潘孟安) at 85.3 percent and Keelung Mayor Lin Yu-chang (林右昌) at 84.1 percent.

Taipei Mayor Ko received the lowest rating in the country. Only 52 percent of Taipei residents expressed satisfaction with his administration's performance, although Ko did see a nearly 4-percent increase since last year's poll results.

Global Views Monthly said Hou's high approval rating is likely a result of his advanced preparation and preventive measures during the pandemic. It added that the poll did not include results for Kaohsiung Mayor Han Kuo-yu (韓國瑜) because it is against the law to give survey results 10 days before an election or recall. Han faces a recall vote on June 6.

According to ETtoday, the poll surveyed 14,353 Taiwanese adults over the age of 20 via telephone from March 3 to March 31 with a confidence level of 95 percent and a margin of error of plus or minus 4 percent.