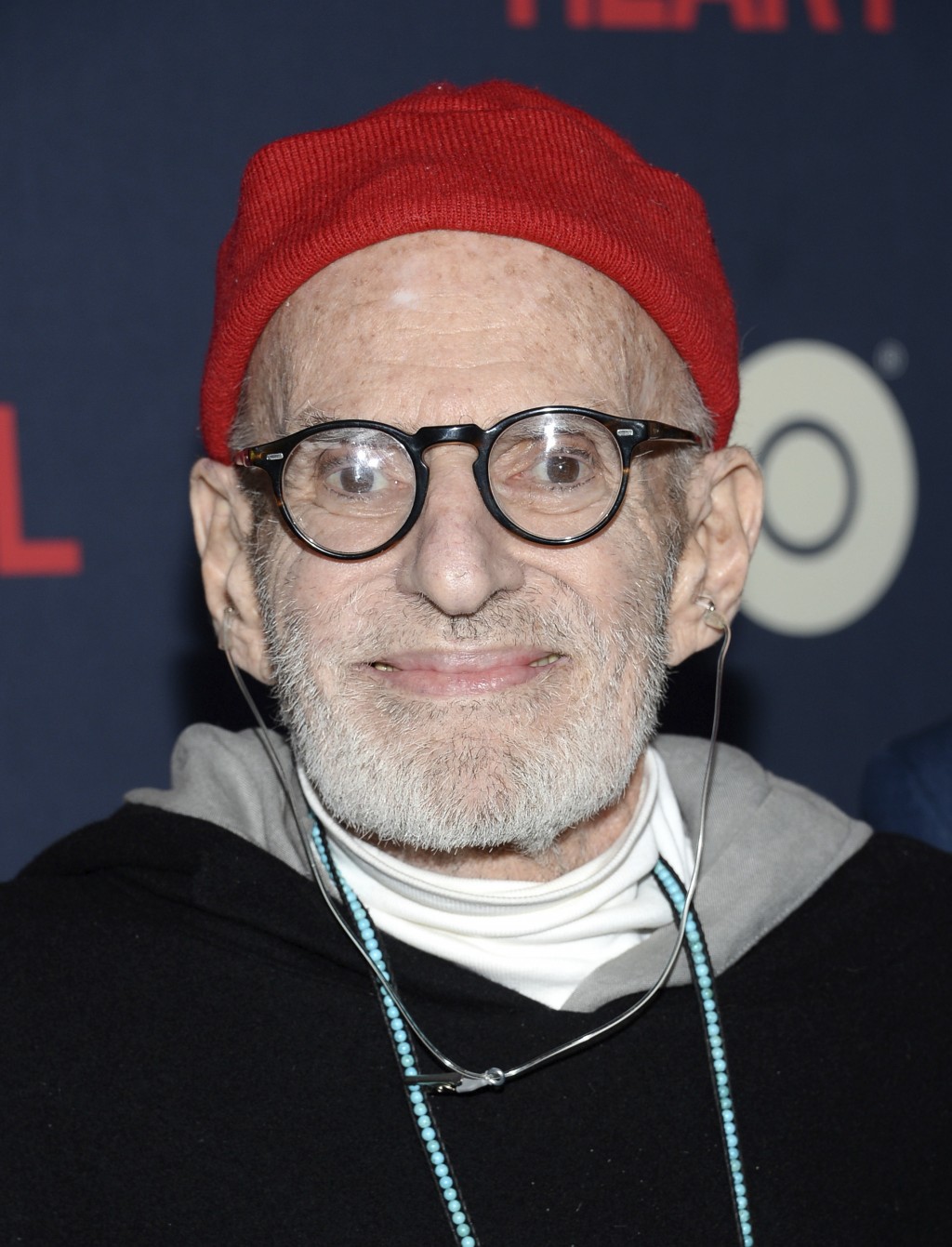 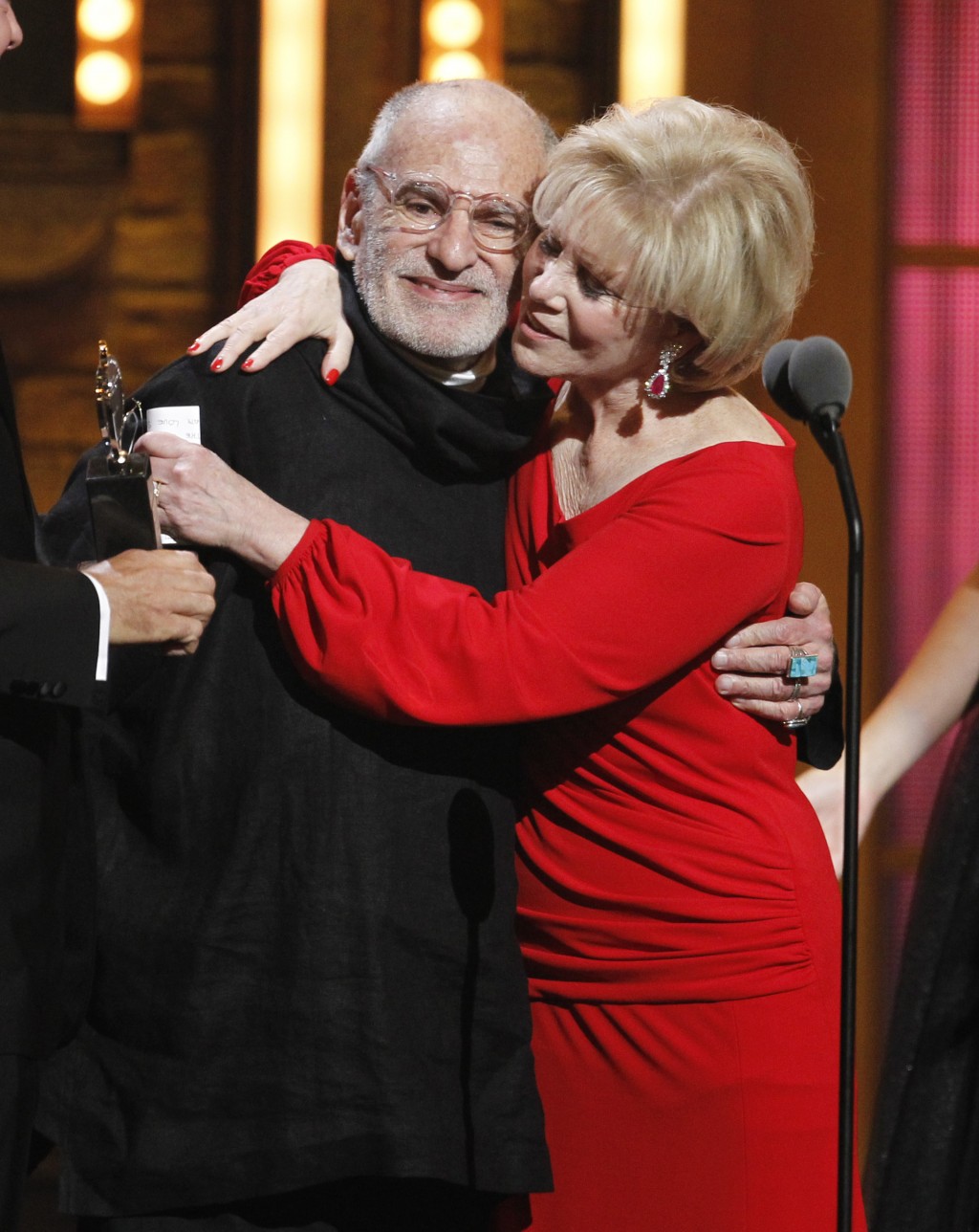 Theatergoers leaving a celebrated revival of Kramer’s “The Normal Heart” in 2011 were greeted by the playwright himself, deep in his 70s by then, handing out leaflets outside the Broadway theater demanding they do more to stop AIDS.

That same year, Kramer found time to help the American Foundation for Equal Rights mount their play “8” on Broadway about the legal battle over same-sex marriage in California. “I don’t believe much acting is required other than being fervent and I’m pretty good at that,” he joked to The Associated Press.

Kramer, whose angry voice and pen raised consciousness about AIDS and roused thousands to action, died Wednesday at 84. His art was often as blunt as his anger, but his dedication was unwavering.

“There’s so many things I still want to do and there are so many fights still to win. I try to concentrate on that,” he said. “The fight’s never over.”

One of his last projects was the two-volume “The American People,” which chronicled the history of gay people in America. It took him decades to write. “I just think it’s so important that we know our history — the history of how badly we’re treated and how hard we have to fight to get what we deserve, which is equality,” he said.

Kramer, who wrote “The Normal Heart” and founded the AIDS Coalition to Unleash Power, or ACT UP, lost his lover to acquired immune deficiency syndrome in 1984 and was himself infected with the virus that causes it. He also suffered from hepatitis B, and in 2001, received a liver transplant.

He was nominated for an Academy Award for his screenplay for “Women in Love,” the 1969 adaptation of D.H. Lawrence’s novel. It starred Glenda Jackson, who won her first Oscar for her performance.

He also wrote the 1972 screenplay “Lost Horizon,” a novel, “Faggots,” and the plays “Sissies’ Scrapbook,” “The Furniture of Home,” “Just Say No” and “The Destiny of Me,” which was a finalist for the Pulitzer Prize in 1993. At the 2013 Tonys, he was honored with the Isabelle Stevenson Award, given for philanthropic or civic efforts.

Kramer was as known for his public fight to secure medical treatment, acceptance and civil rights for people with AIDS as he was for his creative writing. He also battled — and later reconciled — with Dr. Anthony Fauci, the director of the National Institute of Allergy and Infectious Diseases, who has been leading the national response to the coronavirus pandemic.

“The one nice thing that I seem to have acquired, accidentally, is this reputation of everyone afraid of my voice,” he told The AP in 2015. “So I get heard, whether it changes anything or not.”

In 1981, when AIDS had not yet acquired its name and only a few dozen people had been diagnosed with it, Kramer and a group of his friends in New York City founded Gay Men’s Health Crisis, one of the first groups in the country to address the epidemic.

He roused the gay community with speeches and articles such as “1,112 and Counting,” published in gay newspapers in 1983. “Our continued existence as gay men upon the face of this earth is at stake,” he wrote. “Unless we fight for our lives, we shall die.”

The late journalist Randy Shilts, in his account of the AIDS epidemic “And the Band Played On,” called that article “inarguably one of the most influential works of advocacy journalism of the decade” and credited it with “crystallizing the epidemic into a political movement for the gay community.”

Kramer split with GMHC in 1983 after other board members decided to concentrate on providing support services to people with AIDS.

After leaving GMHC, Kramer gave voice to his grief and frustration by writing “The Normal Heart,” in which a furious young writer — not unlike Kramer himself — battles politicians, society, the media and other gay leaders to bring attention to the crisis.

The play premiered at The Public Theater in 1985. Associated Press drama critic Michael Kuchwara called it an “angry but compelling indictment of a society as well as a subculture for failing to respond adequately to the tragedy.”

A revival in 2011 earned the best revival Tony, and two actors from it — Ellen Barkin and John Benjamin Hickey — also won Tonys. The play was turned into a TV film for HBO in 2014 starring Mark Ruffalo, Matt Bomer, Jim Parsons and Julia Roberts. It won the Emmy for best movie.

His 1992 play “The Destiny of Me,” continues the story of Weeks from “The Normal Heart.” Weeks, in the hospital for an experimental AIDS treatment, reflects on the past, particularly his relationship with his family. His parents and brother appear to act out what happened in the past, as does the young Ned, who confronts his older self.

In 1987, Kramer founded ACT UP, which became famous for staging civil disobedience at places like the Food and Drug Administration, the New York Stock Exchange and Burroughs-Wellcome Corp., the maker of the chief anti-AIDS drug, AZT.

ACT UP’s protests helped persuade the FDA to speed the approval of new drugs and Burroughs-Wellcome to lower its price for AZT.

“I was one of the many frightened kids that joined ACT UP hoping to push back death. He called us his kids, and, for me, he became a mentor and father figure,” said Peter Staley, a longtime HIV/AIDS activist in New York City. "Within three years, the AIDS research budget at the NIH hit $1 billion a year. It was a movement that caused that sudden shift. Larry was its spark. I know I owe my life to him, and millions more can say the same."

Kramer soon relinquished a leadership role in ACT UP. As support for AIDS research increased, he found some common ground with health officials whom ACT UP had criticized.

“Larry Kramer could best be described as a force of nature, like a hurricane. If you were in his way, you didn’t want to be in his path," said Dr. Jack Drescher, a New York City psychiatrist.

At the time of his death, Kramer was working on a play called “An Army of Lovers,” which he was updating to include the pandemic.

In July 2013, Kramer married his longtime partner, architect David Webster, in the intensive care unit of NYU Langone Medical Center, where Kramer had been recovering from surgery for a bowel obstruction. He had set up wedding plans before his health emergency and wouldn’t let that stop him.