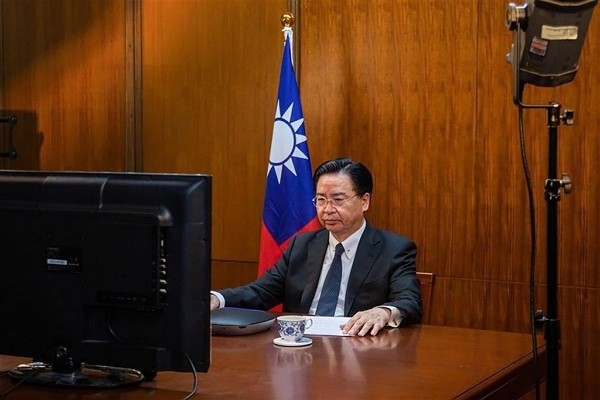 TAIPEI (Taiwan News) — Taiwanese Foreign Minister Joseph Wu (吳釗燮) on Wednesday (May 27) criticized the Chinese government for pushing its political agenda amid the ongoing coronavirus outbreak and warned that Beijing will likely pursue Taiwan after it takes away Hong Kong's autonomy.

During an interview with Fox News, Wu acknowledged the U.S. government's efforts to protect the freedom and democracy of Hong Kong citizens and said Taiwan is trying to do the same. He emphasized that the Taiwanese government is watching the situation closely and has continued to urge the Chinese Communist Party (CCP) to give up its authoritarian tactics.

Wu said the CCP has continued its military pressure on Taiwan when most of the world is busy trying to contain the spread of the virus. He confessed that Taiwanese officials are concerned because the CCP could adopt stronger measures to take over the country, including military invasion.

The foreign minister pointed out that Taiwan's pandemic prevention success has made it a major threat to the CCP. He added that it is extremely vital for the country to establish more diplomatic allies and garner support from the international community to fully ensure its security, reported CNA.