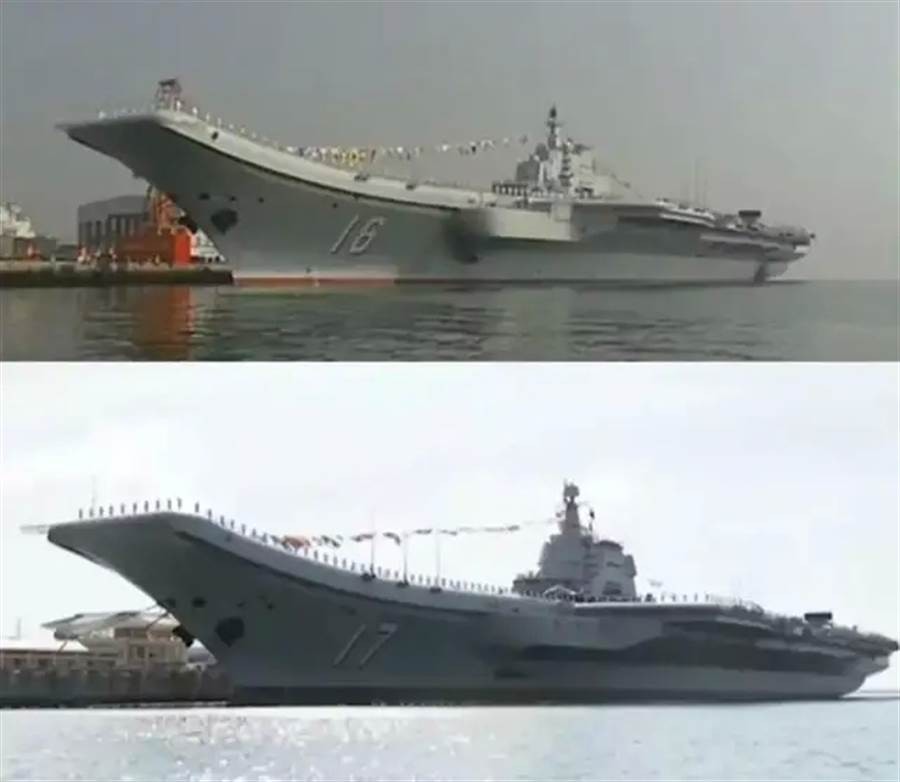 TAIPEI (Taiwan News) — China is reportedly planning on deploying two aircraft carriers in waters near Taiwan as part of its war games in August to rehearse for a future assault on the Taiwan-controlled Dongsha Islands (Pratas Islands, 東沙群島).

On Monday, News.com.au reported that for the first time, both of China's aircraft carriers, the Liaoning and Shandong, are being deployed together in Bohai Bay in the Yellow Sea to conduct combat readiness drills. The People’s Liberation Army Navy (PLAN) flattops are engaged in the second week of an 11-week simulated military confrontation that will later extend into the South China Sea.

On May 12, Kyodo News reported that the People's Liberation Army's (PLA's) Southern Theater Command is planning a simulated invasion of the Dongsha islands with Hainan island as its practice field. The mock invasion will reportedly take place in August and include a large number of marines, landing ships, hovercraft, and helicopters.

The South China Morning Post cited a military source as saying that "An aircraft carrier strike group will pass through the Pratas Islands (Dongsha Islands) on its way to the exercise site to the southeast of Taiwan in the Philippine Sea."

China's state-run mouthpiece the Global Times on May 13 cited "experts" as saying the Dongsha Islands are strategically located and that the PLA has the capability to turn "any exercise into action if Taiwan secessionists insist on secession." In response to the news of the exercises, Taiwanese Ministry of Defense (MND) Chief of Joint Operations Major General Lin Wen-huang (林文皇) on May 12 tried to assure the public that the military has contingency plans in place in the event of a Chinese attack and that it will strengthen combat readiness on its outer islands, including the Dongsha Islands.

Since the PLA announced it would hold the military exercise, the American military has stepped up warship and fighter patrols in the South China Sea. On Tuesday (May 26) the U.S. Airforce dispatched two B-1B bombers from Guam to fly toward the South China Sea after passing over the Bashi Channel to the south of Taiwan and near Hong Kong.

A report released on May 21 by American political think tank the Council on Foreign Relations said a military conflict between the U.S. and China could break out over the next 18 months. The report asserted that such a confrontation could become more likely as relations deteriorate due to "ongoing trade frictions and recriminations over the novel coronavirus pandemic."