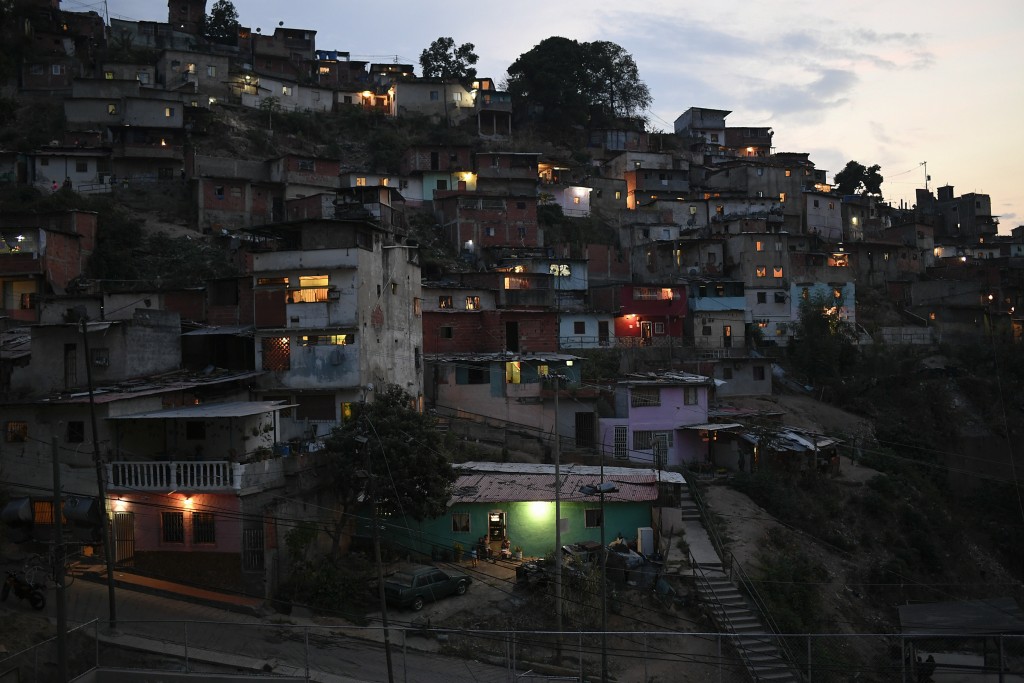 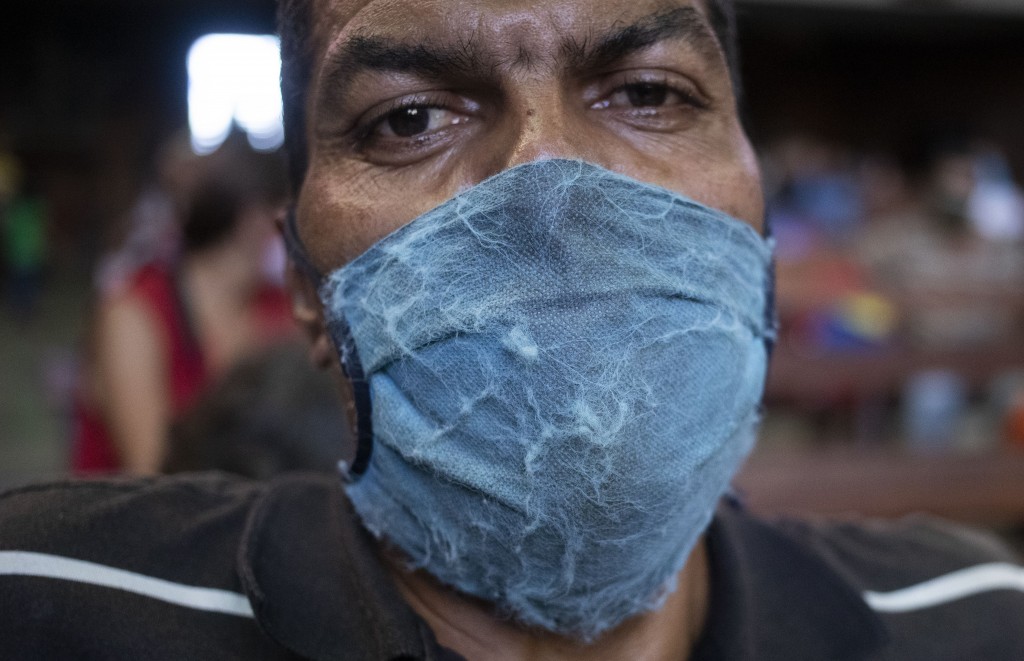 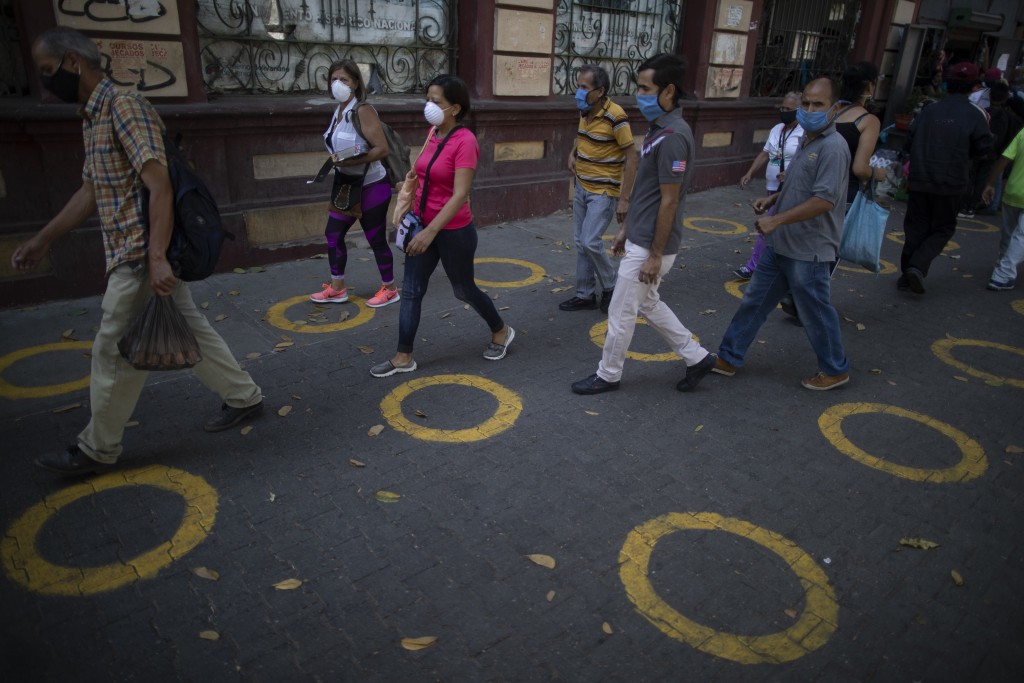 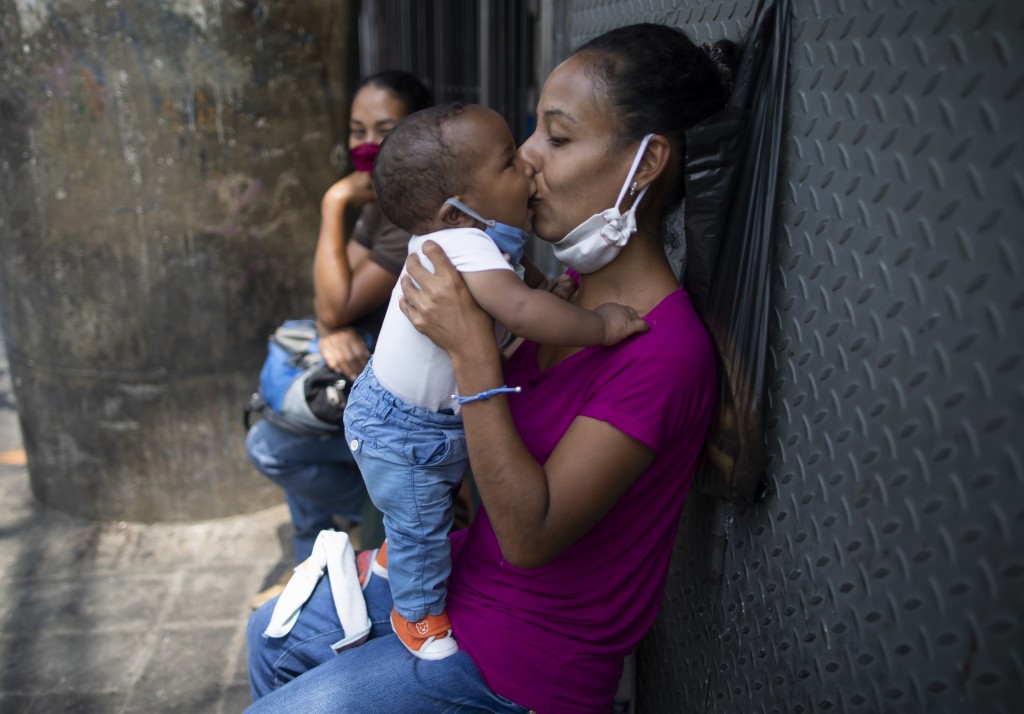 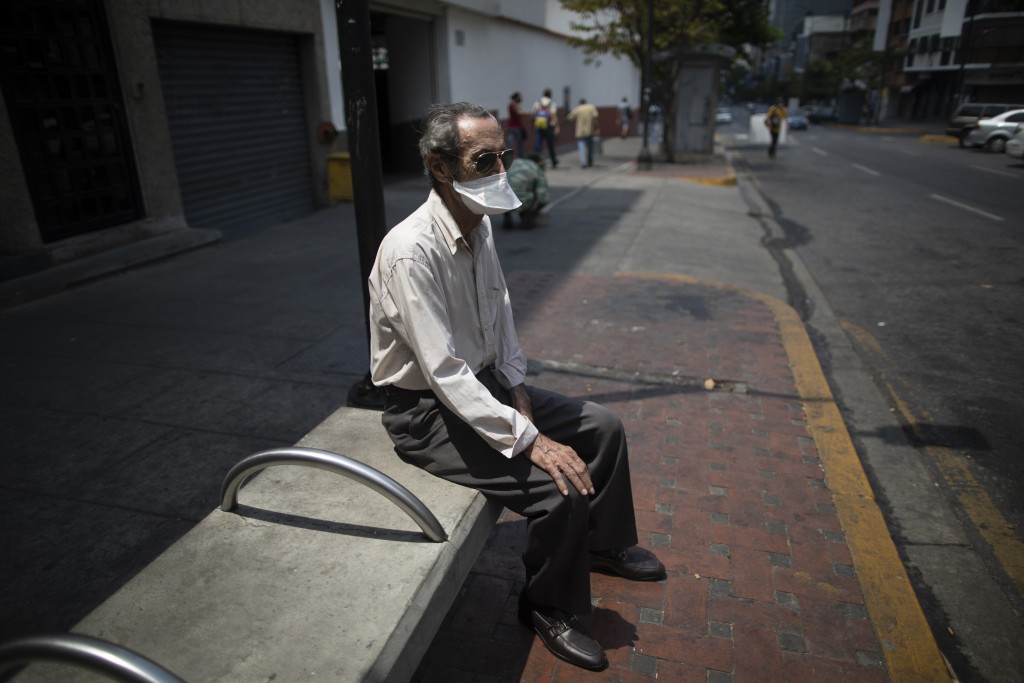 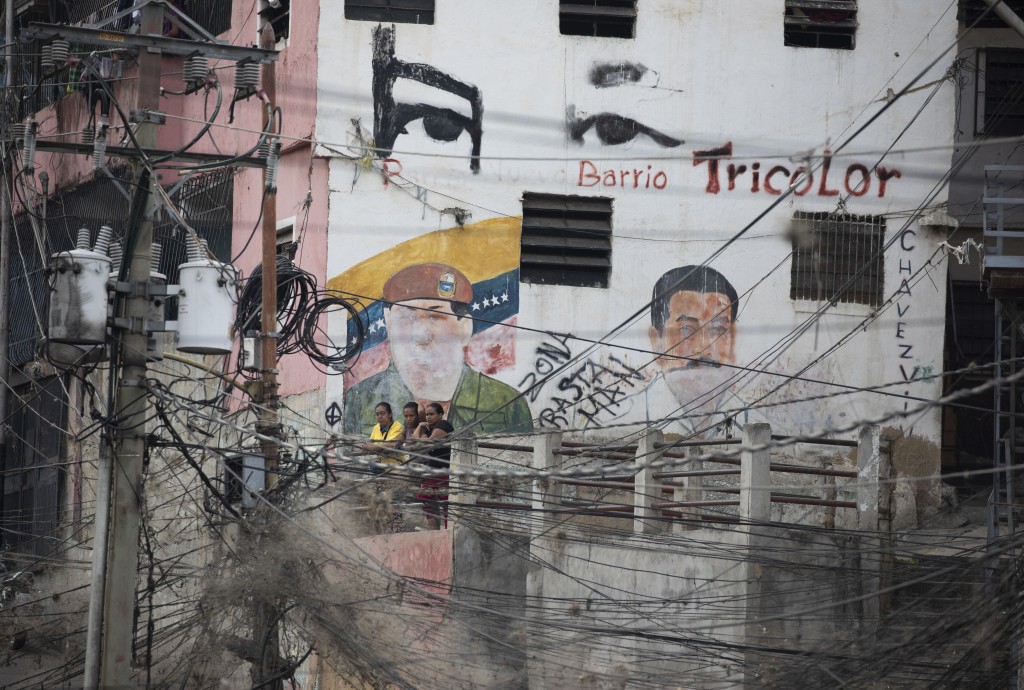 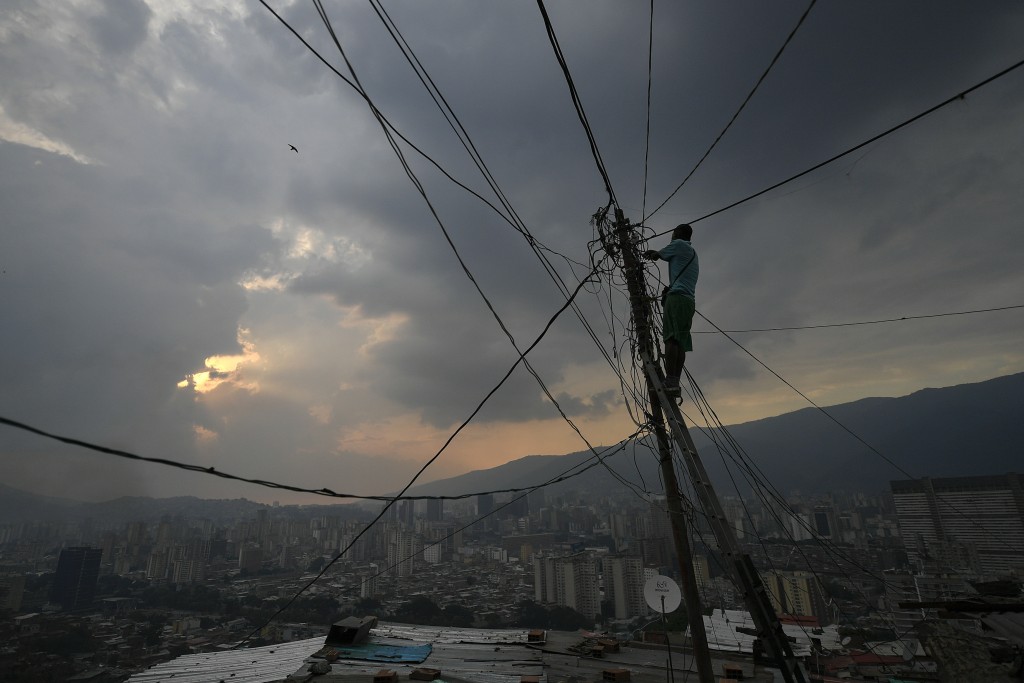 But experts warn that while the virus may have been slow to spread here, due in large part to Venezuela’s isolation, the number of daily illnesses could soon climb high enough to severely test the country’s already dilapidated health system.

President Nicolás Maduro’s government says the nation of roughly 25 million people has done widespread testing while recording just over 1,200 virus cases, along with 11 deaths, since the first case was diagnosed in mid-March.

The low figures raise doubt among some critics about the accuracy of the testing program and government reporting. Other independent health experts, however, don't think Maduro could conceal a significant surge in cases.

“If things were worse than they are now, we would have seen a lot coming out from social media — people talking about the increase of cases, hospitals being overrun,” said Dr. Gerardo de Cosío, the Caracas-based head of the Venezuela office of the Pan American Health Organization and the World Health Organization.

Neighboring Brazil has seen more than 270,000 cases and nearly 20,000 deaths so far, while Peru, Chile and Ecuador have each had tens of thousands of cases. There have been thousands of deaths in Peru and Ecuador and hundreds in Chile.

In Venezuela, officials had been reporting under a dozen new illnesses daily. But that’s started creeping upward, and new illnesses now exceed 100 some days.

The rise is worrying many observers.

A main concern is a lack of running water.

The report cited a hospital that officials identified as needing better water services. However, human rights investigators found that nearly a year after work began in mid-2019, the hospital still doesn’t have consistent running water or access to potable supplies — despite being designated as one of 46 hospitals in Venezuela to treat coronavirus patients.

At another hospital, investigators said, health care workers wash their hands with condensation that drips from the air conditioner. Some of its patients are told to bring their own water to drink and flush toilets.

“Maduro’s statistics are absolutely absurd,” Vivanco said. “They are not credible in a country where doctors do not even have water to wash their hands.”

Venezuela was wealthy two decades ago from the world’s largest oil reserves. It’s since fallen on hard times as crude oil production has fallen to a 76-year low. Critics of the socialist government blame its interference in the economy. Maduro blames what he calls economic war being waged on Venezuela by the U.S. and others.

An estimated 5 million Venezuelans have fled poverty, blackouts, sporadic running water, shortages of food, medicine and gasoline, and high inflation. Thousands of doctors and nurses have joined the exodus.

The Academy of Sciences, Physics, Mathematics and Nature of Venezuela, a Caracas-based institution, said mathematical models based on the first six weeks of infections forecast a big surge in new cases in the coming months.

“The country must prepare for the peak of the epidemic, as has happened in other Latin American countries,” said the academy’s president, Mireya Goldwasser.

That report drew a threat from Diosdado Cabello, the socialist party leader who is Venezuela's second most powerful official after Maduro. Cabello called the scientists politically motivated on his weekly TV show and accused them of generating alarm.

“This is an invitation for state security agencies to come calling on these people,” Cabello said. “They’re saying the government lied.”

Skeptical Venezuelans distrust the government’s claims that so few coronavirus cases exist, given its history of hiding basic figures. Still, no obvious signs indicate the coronavirus has spun out of control.

Maduro’s government took quick action after the first cases were diagnosed March 13, which is credited for the low numbers so far. He ordered one of the region’s first nationwide lockdowns. Health workers go house-to-house screening people in poor hillside barrios, tracing cases to stomp out its spread, experts and residents say.

Maduro and his deputies appear on state TV nightly to provide an update of each new case. The president also announces each new aid shipment of medical supplies from allied nations as well as the promise of 1 million test kits from China.

“We’ll go on a radical offensive to hunt down the coronavirus wherever it is,” Maduro said in a recent state TV address. “More work, more perseverance, more diagnostic tests, more house-to-house visits, more quarantine. This is our response.”

The government says it has done over 865,000 coronavirus tests, but the majority are less reliable rapid tests, raising the possibility that people are mistakenly found healthy when they are infected and could spread the virus.

Jose Manuel Olivares, a physician and opposition lawmaker, said Maduro’s government has concealed at least four COVID-19 deaths from the 10 it has made public.

Aside from face masks, there is little outward sign of concern about the coronavirus on the crowded streets of Catia, a poor neighborhood of Venezuela’s capital. Vendors push carts of potatoes and onions or stand shoulder to shoulder hawking bags of rice and cornmeal.

Staying home to protect yourself is no option, said auto mechanic José Blanco, who was navigating through pedestrians on a motorcycle. People have no choice but to go out to work so their families can eat, he said.

“To tell you the truth, I’d rather get sick and die than let my family go hungry,” Blanco said. “Here, the pandemic isn’t stopping anybody.”

Maira Chávez, a life-long Catia resident standing in line to drop off her 15-year-old daughter's homework at a school closed in the lockdown, said she worries about the virus, so she wears a mask and gloves and frequently washes her hands.

“We have to take care of ourselves, because if we don't something bad could happen, we could be infected,” she said. “We hope that this just passes. God is the only one who knows."