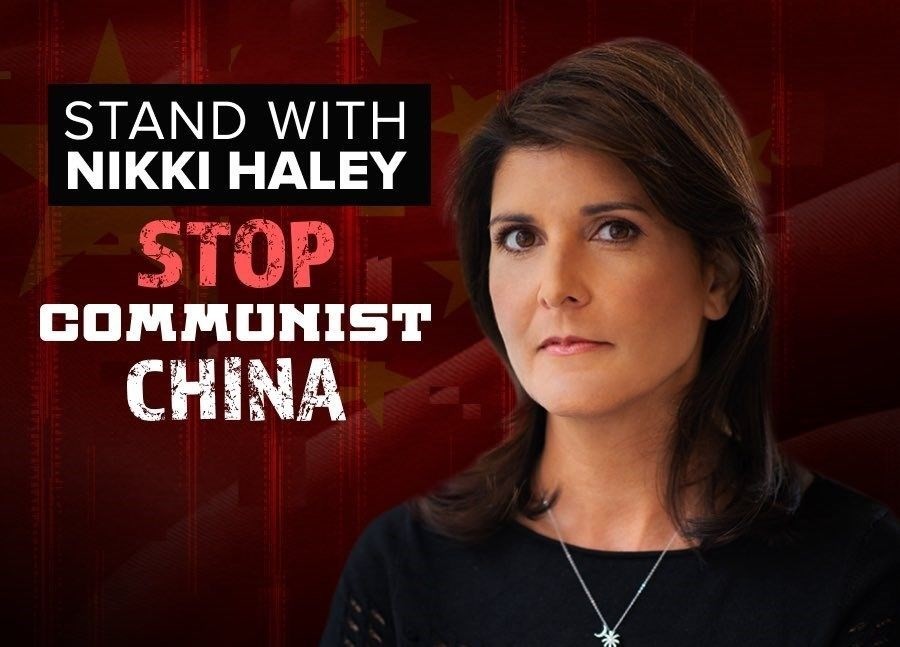 TAIPEI (Taiwan News) — Former U.S. ambassador to the United Nations Nikki Haley on Tuesday (May 26) posted a tweet saying that the new oppressive security law Beijing is proposing for Hong Kong would "endanger Taiwan" and if passed, the U.S. should retaliate with sanctions.

As details of a heavy-handed new security law believed to be aimed at crushing the pro-democracy protests in Hong Kong continue to emerge, Haley uploaded a tweet in which she described the new legislation as tantamount to a "Chinese takeover of Hong Kong." She wrote that the new law would threaten U.S. interests in the region and "further endanger Taiwan."

The former diplomat then warned that if China goes ahead and pushes the law through, the U.S. Congress should swiftly retaliate by implementing sanctions and legislation to "punish Beijing for its aggression." She closed by emphasizing that "The free people of Hong Kong are counting on us."

In a previous tweet, Haley posted an op-ed she had written last August warning of the consequences of a timid American response to a "Chinese attack on Hong Kong." In the article, she wrote "A weak response to Chinese aggression against Hong Kong could make Chinese officials think they could move against Taiwan without facing serious consequences."

Haley concluded in her piece that if China uses force to end the protests in Hong Kong, "business as usual with China must come to an end." She asserted that a strong U.S. response to a crackdown in Hong Kong would make the communist country think twice about assaulting Taiwan and could ultimately prevent a military confrontation between the superpowers.

A forcible Chinese takeover of Hong Kong would threaten US interests & further endanger Taiwan. If the law passes, Congress should immediately move forward with sanctions/legislation to punish Beijing for its aggression. The free people of Hong Kong are counting on us.