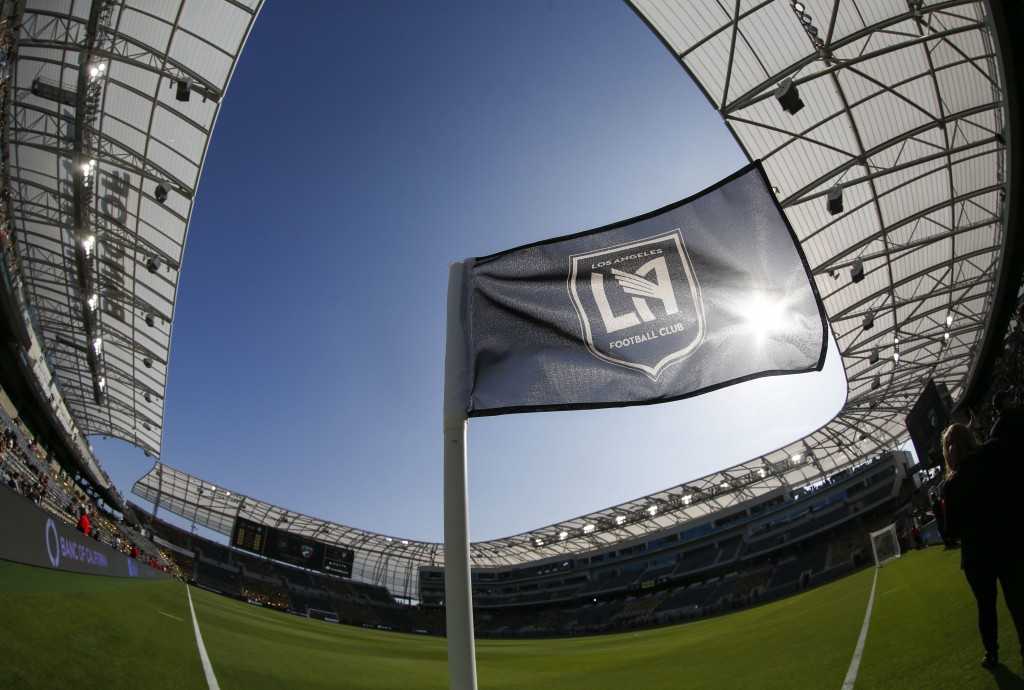 LOS ANGELES (AP) — Los Angeles FC will seek a new name for its 2-year-old Banc of California Stadium after the Major League Soccer club and the bank restructured their partnership.

LAFC announced Tuesday that Banc of California will eventually give up its naming rights to the still-new stadium just south of downtown Los Angeles.

LAFC didn't announce a time frame for the removal of Banc of California from the stadium's name or the selection of a new naming rights partner. The stadium will be known by its current name for the immediate future.

Banc of California agreed in 2016 to a reported 15-year, $100 million deal to have its name on the $350 million stadium built by LAFC's deep-pocketed ownership group. The club and the bank didn't volunteer a reason for the bank's step back from the deal.

The modernistic 22,000-seat stadium sits on land long occupied by the Los Angeles Sports Arena, next door to the famed Coliseum. When Banc of California Stadium opened in April 2018, it became the first open-air sports venue built in Los Angeles since 1962.

With thousands of vocal fans standing in the stadium's North End since its inaugural game, LAFC became an immediate MLS powerhouse during its first two seasons. LAFC has sold out every MLS game it has played at the stadium, with its streak currently standing at 44 games.

The club won the Supporters' Shield as the league's regular season champions last fall, posting the best record in MLS history and setting a league record for goal differential. LAFC also beat expansion Inter Miami 1-0 in its 2020 season opener at Banc of California Stadium in March.

The stadium is slated to host soccer games and track and field events during the Los Angeles Olympics in 2028. It has also hosted rugby, boxing and numerous concerts.