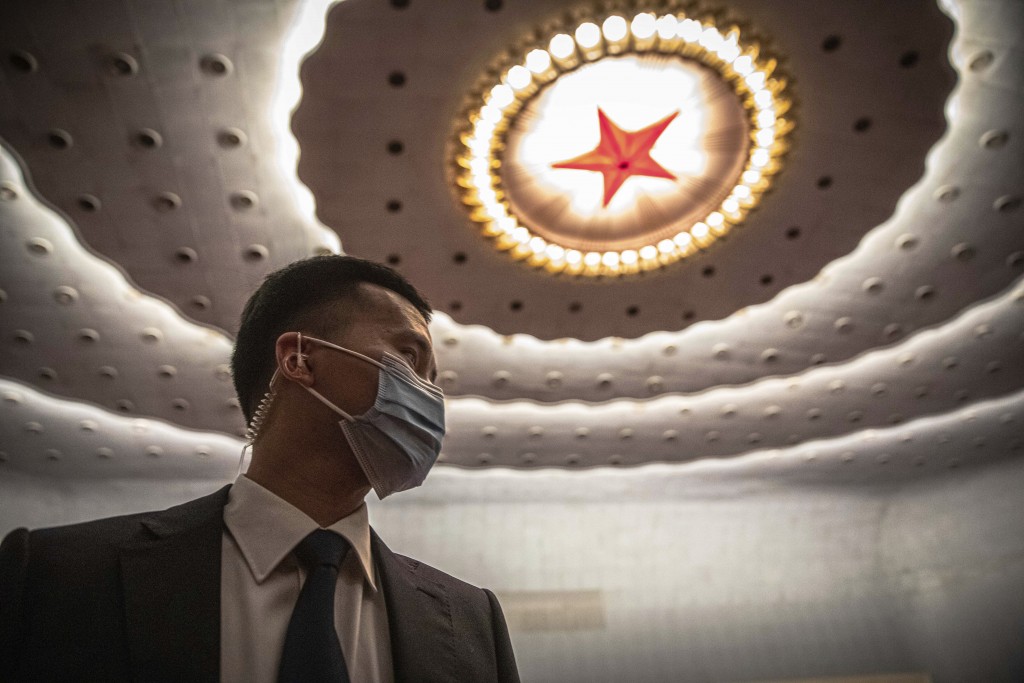 China has launched its global propaganda campaign to change the narrative of the Wuhan coronavirus even as the global pandemic worsens. It paints a picture of an authoritarian government that is best fit to combat the infectious disease and that Beijing's donations of masks and protective gear to other countries is out of goodwill. Its propaganda apparatus even accused the U.S. of intentionally spreading the virus to China — a ridiculous claim that few people outside of China believe.

Beijing's global propaganda is aimed at turning the global health crisis into a geopolitical opportunity, which is in line with Chinese leader Xi Jinping's 2014 proclamation to "increase China's soft power, give a good Chinese narrative, and better communicate China's messages to the world."

But is it working?

After trading barbs with the U.S. over the global pandemic, China's state media has lashed out at it and other Western countries.

Xinhua News Agency released an animated propaganda video mocking the American coronavirus response, and the Global Times, another state media outlet, described Australia as a "giant kangaroo that serves as a dog of the U.S." amid calls for an investigation into the origin of SARS-CoV-2. China also pushed back against efforts by Canada and Japan to get Taiwan access to the World Health Organization.

In the midst of China's aggressive diplomacy, its military has also become more belligerent.

In April 2020, China's Coast Guard, under the People's Armed Police and ultimately the command of the Central Military Commission, rammed and sank a Vietnamese fishing boat in contested waters in the South China Sea. Other Chinese ships, presumably from the maritime militia, swarmed an offshore oil rig operated by Malaysia, and along China's contentious Himalayan border with India, Chinese troops squared off with their Indian counterparts.

The People's Liberation Army also routinely menaces Taiwan, sending flotillas of warships and sorties of warplanes to circle the island country and sometimes even cross the median line in the Taiwan Strait, forcing Taiwan's military to scramble jets and ships to intercept.

Most recently, showing a total disregard for possible international condemnation, Beijing announced that its rubber-stamp legislature the National People's Congress will enact a national security law that could drastically undermine civil liberties in semi-autonomous Hong Kong. The move will no doubt further antagonize the United States, the United Kingdom, and other Western countries.

With its global propaganda going nowhere, what is Beijing's strategic calculus? Has China become powerful enough to take on the whole world? Does Xi really believe the West is so weakened by the pandemic that it cannot respond to his expansionism, which is not unlike Mao's in the 1960s? Or is his bellicose stance itself a manifestation of the enormous economic and political troubles that face the country down the road?

This author would argue that the aim of China's global propaganda is not to convince the world that the communist regime governs a peace-loving country with a legitimate foreign policy, political value, and an attractive culture.

Rather, the campaign is designed to show the Chinese people that rising China is now on a par with the U.S. and on its way to restoring its national pride and glory. That is, the supposedly external global propaganda is aimed at an internal audience.

That's why we are seeing China's foreign ministry spokespeople routinely attack the U.S. through Twitter and other digital channels. Such attacks are amplified and broadcast back to China, despite ordinary Chinese netizens' inability to access Western social media platforms such as Twitter.

Even before the outbreak of the virus, the "China Dream," an ambiguous catch-all coined by Xi, included ambitious goals such as making China a global leader by mid-century in terms of "international influence." Domestically and to the ethnic Chinese living in countries such as Malaysia, Singapore, Australia, and the U.S. (i.e. the Chinese diaspora), its state propaganda has boasted the superiority of Chinese-style socialism, with Xi firmly in control to boost peace and prosperity for the "motherland."

The history of China's continuously changing dynasties is, in essence, a history of revolutions, and the CCP is acutely aware of this. Over half of its 25 Politburo members have a background in history or the social sciences.

Chairman Mao's aphorism "political power grows out of the barrel of a gun" is not only a manifestation of the communist regime's violent nature but also an embodiment of China's revolutionary history.

Because the autocratic CCP and Xi have no legitimacy nor a mandate to govern China, and due to the extreme concentration of power and wealth in the hands of a small number of elites, Beijing is afraid of what the truth may reveal to its people, as it may weaken their hold on power.

In 2013, Beijing-sponsored hackers attacked The New York Times' computer systems over the course of four months, apparently in retaliation for a series of stories that the newspaper ran to expose the vast wealth accumulated by the family of China's former premier, Wen Jiabao.

An ancient Chinese proverb — "Water can carry the boat and also overturn the boat" — serves as a constant reminder that leaders are kept afloat by the population that supports them. If the people are dissatisfied, they can overthrow the leader.

In fact, Xi published a speech last October saying that "Communist Party rule could crumble if the party fails to constantly reinforce its grip on China," citing ancient emperors whose dynasties rotted from corruption, lax discipline, and political infighting.

To reinforce the grip, preventing outside information from leaking into China becomes a priority. Subsequently, China set up the Great Firewall to block Western websites and established the Cyber Police to monitor content and punish those who violate the party's suppressive rules.

China also employs hundreds of thousands in its Fifty-Cent Party[1] to fabricate their version of the truth and shift public opinion on the Internet and social media in favor of the CCP. The purpose is nothing less than obfuscating the truth and brainwashing the people, lest the truth endanger the regime. This is truly Orwell's prophecy fulfilled in the 21st century.

Before engaging in a trade war with the U.S., China had suffered from a high inflation rate, a real estate bubble, a high bad-loans ratio, and shrinking domestic demand, just to name a few of its economic troubles. Many Wall Street analysts believe that China's wealth may be much lower than official figures, as evidenced from the near debacle of local land auctions in 2018.

With exports curbed by the trade war, Beijing has been unable to conduct supply-side reform and financial deleveraging, which would have been the right policy to weather the economic downturn. China's economy has essentially worsened as a result of the trade war with the U.S.

Though China seems likely to emerge from the virus crisis earlier than other economic powers, the lack of global demand will only dampen its recovery. Beijing has pledged to take steps to combat the impact of the pandemic, as mounting job losses, estimated to be nearly 30 million, threaten social stability.

Its central bank has loosened monetary policy to help free up the flow of credit to the economy, but its easing so far has been cautious and ineffective. The government will also lean on fiscal stimulus to spur infrastructure investment and consumption, which could push the budget deficit to a record high, setting the stage for more long-term headaches.

With economic activity in the rest of the world now collapsing, the worst is still to come for China's export sector. In fact, China's economic growth is set to stumble to its slowest annual pace. The talk in town is no longer of a soft or hard landing, but of how to avert a political crisis stemming from the worsening economy.

On top of all of these challenges, new coronavirus cases and re-infections are risking China's tepid recovery. So even though Beijing claims the pandemic is under control, its economic and political crises are only beginning.

Anticipating the turmoil ahead, the CCP is thus preemptive in preaching the gospel that autocracy as the best political system to cope with a crisis like the Wuhan virus, that China can challenge the U.S. on the global stage, and that Xi is the leader best equipped to lead China to restore its past glory.

Thus, China's massive campaign to stoke nationalistic fervor and bolster support for Chairman Xi should be seen in this context. In a word, the CCP is using its global propaganda for domestic consumption.

[1] The Fifty-Cent Party is a colloquial term for netizens hired by Chinese authorities in an attempt to manipulate public opinion to the benefit of the Communist Party. The name derives from the allegation that they are paid ¥0.50 (US$0.07) for every post, though recently, their pay has increased to ¥0.80 per post. It is estimated that more than 350,000 Chinese have been hired for this purpose.

Holmes Liao is a senior advisor at Taiwan's Institute for Information Industry.