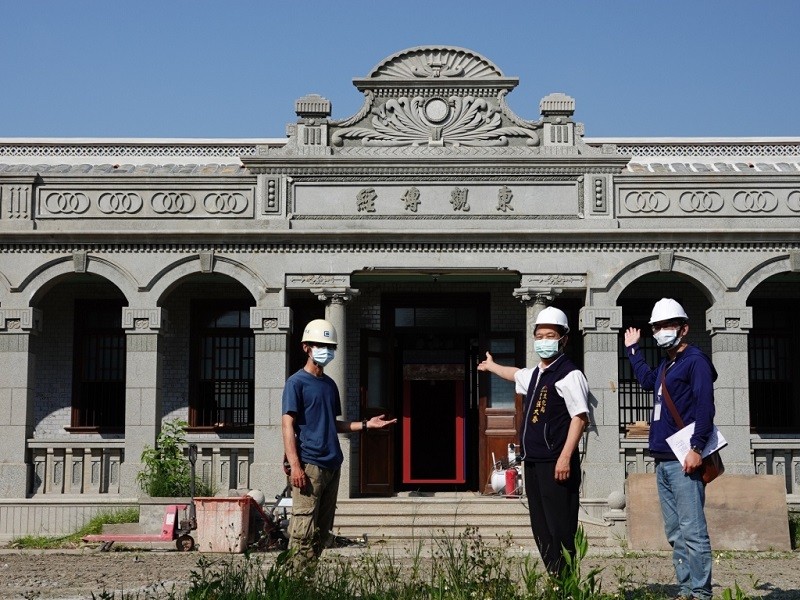 TAIPEI (Taiwan News) — As cities and counties in Taiwan scramble to revive their tourism and take advantage of travel subsidies offered by the government in the wake of the COVID-19 slowdown, Taichung's city government is restoring a 91-year-old historic residence in Qingshui District as a bed and breakfast (B&B) and tourist attraction.

With the first phase of the restoration having been finished in early May, the second phase — restoration of the surrounding environment — will proceed pending funding, according to Taichung Travel Net.

Built in 1929 during the Japanese occupation of Taiwan, the Qingshui Huang family residence (清水黃家瀞園) is the largest historic residence in the city's coastal area. The residence, with its two-entrance, double-winged courtyard house, is a mixture of Western and South Fujian architecture styles.

The city designated the residence as a historic site in 2013 and spent NT$70 million (US$2.3 million) to restore it in order to preserve its cultural heritage.

The residence was damaged by a fire in 2007, and a carbonized window sill was kept during the restoration as a reminder of the accident.

Taichung Cultural Bureau Director-General Chang Ta-chun (張大春) said that he will push for funding for the second-phase restoration so that the project to transform the historic residence can continue soon.