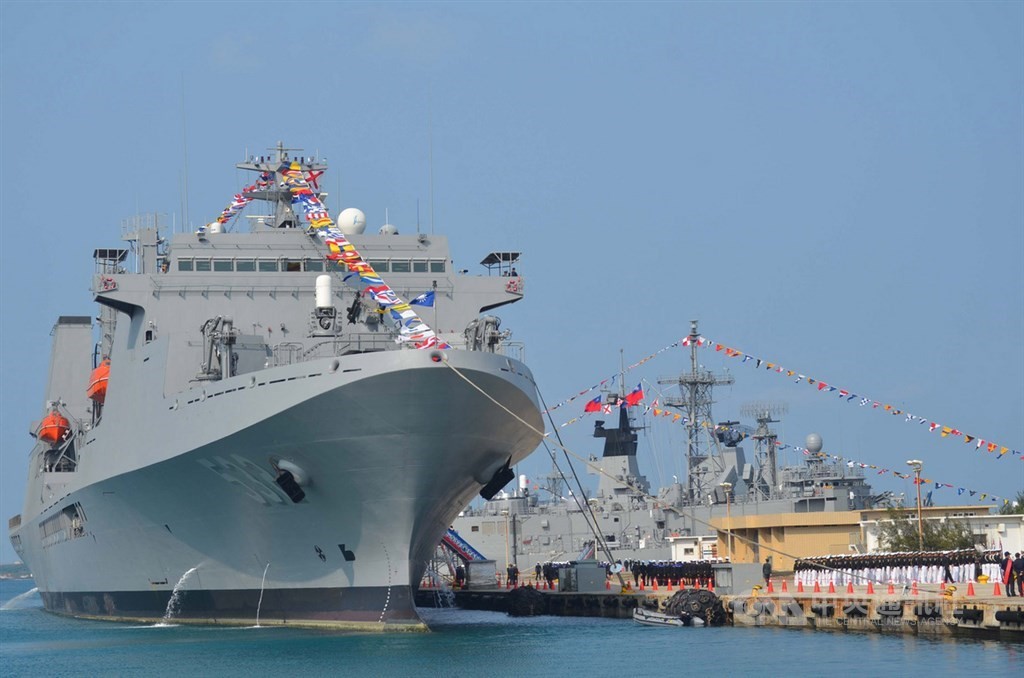 TAIPEI (Taiwan News) — An outbreak of the Wuhan coronavirus (COVID-19) on board a ship in the Navy's Goodwill Fleet began two days before it reached Taiwan’s Pacific ally of Palau, an investigation concluded Tuesday (May 26).

A total of 36 sailors on the Panshi fast combat support ship were eventually confirmed to have had the coronavirus. The cluster outbreak initially also raised fears of wider transmission, as President Tsai Ing-wen (蔡英文) and senior military commanders attended separate ceremonies welcoming the units back to the port of Kaohsiung.

The earliest on board case of the virus was found on March 10, two days before the ship docked in Palau, but the country registered no infections as a result of the visit, Central Epidemic Command Center (CECC) chief Chen Shih-chung (陳時中) announced Tuesday.

The Panshi was hit by four separate waves of infections from March 10 to April 22, but the other ships in the fleet did not register a single case, according to a CNA report. Investigators also found it hard to pin down the origin of the cluster, since it showed no links to other cases in Taiwan in early March.

The virus patients in the Goodwill Fleet included 32 men and four women, ranged between 20 and 50 years of age, and suffered from a loss of smell, sore throat, and cough, according to the CECC.

The patients had not been living in the same quarters, so they must have been infected through casual contact on the vessel. In contrast to outbreaks in the U.S. and the French navies, the scale of the infections in the Goodwill Fleet was more limited due to the compulsory wearing of masks, regular taking of temperatures, and meals taken in shifts, the CECC said.