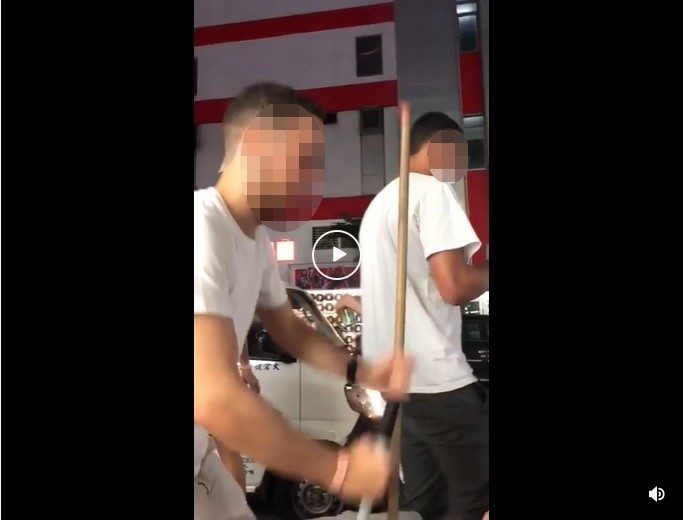 TAIPEI (Taiwan News) — An international student who was captured on video harassing a cleaning woman and the organizer of the white party he attended have apologized for "disrespectful behavior."

On Sunday evening (May 24), a large number of international students joined an event titled "ethereal white party" at a bar on Songshou Road in Taipei's Xinyi District. That same evening, video surfaced on a WhatsApp group called "Get Wastes 24/5 Drunkplay" which showed international students clad in white T-shirts harassing a cleaning woman and the driver of a beer truck.

In the most controversial video, a foreign male in an obviously inebriated state grabs a broom, dustpan, and trashcan from a cleaning woman as he shouts "Let's go, let's go!" The woman backs away and the man chases her and kicks the trash can down the sidewalk. At the very end of the video, he appears to be handing the trash can and cleaning implements back to the woman. In another video, foreign men wearing white shirts can be seen climbing inside of and on top of a beer truck.

One student can be seen dancing on the roof of the truck. More footage shows others rummaging through the alcohol stored in the back of the vehicle. The participants soon posted the videos on their Instagram pages to revel in their exploits. However, the videos were also shared on Facebook groups frequented by foreigners and the social media site Reddit, prompting condemnation from many members of the foreign community in Taiwan.

The participants initially defended their actions and said critics were "overreacting." However, some later had a change of heart and expressed remorse in a Facebook post: The man involved in the incident with the cleaning woman told Taiwan News that he had been very drunk and "acted stupidly by playing with the old lady's trashcan." He acknowledged that his intoxicated state was not an excuse to behave in the way he did and said: "I've been blaming myself since last night."

He stated that what was not shown in the video was that he went straight to the woman to apologize and help her clean up afterward. He claimed that "finally we laughed together."

The man emphasized that "I'm not the kind of person who doesn't have respect and I realize what I'm doing wrong." He added that since the video surfaced, "Many people have taken advantage of this incident to harass and blame me on social networks."

The organizer of the event told Taiwan News that the incidents captured on video occurred outside the venue after the event had ended. Nevertheless, it issued the following statement apologizing for the behavior of the revelers:

"Although this incident did not take place at the venue we hosted our event , we feel upset we could not be present to intervene. As we state at all our events, we have a zero tolerance for any social slurs, harassment, bullying." 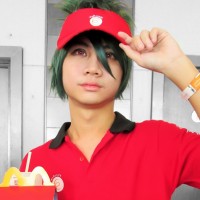