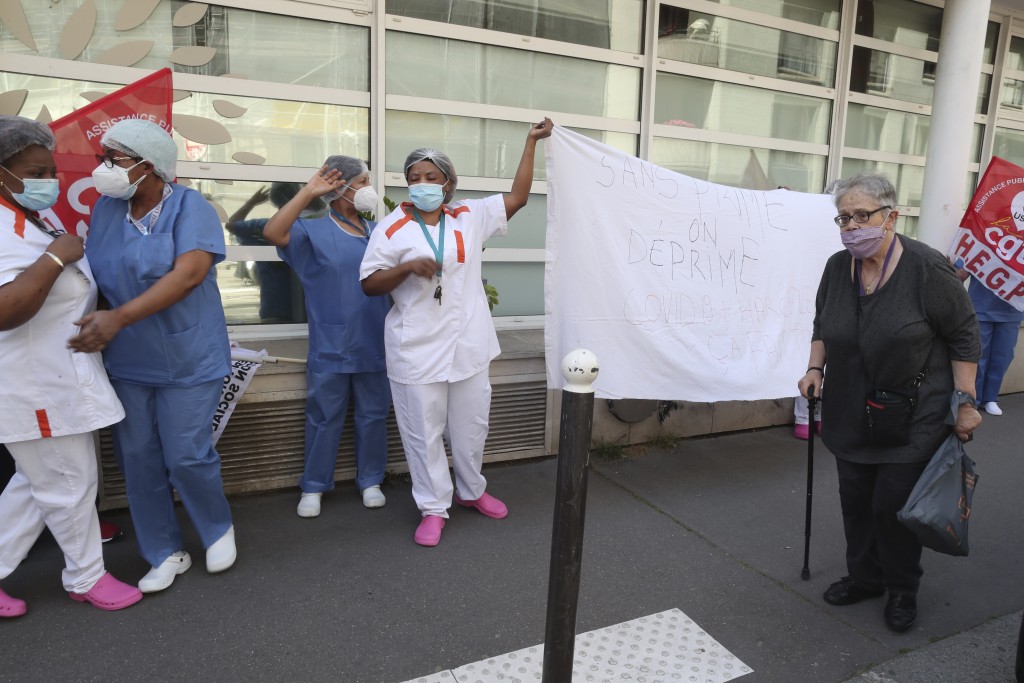 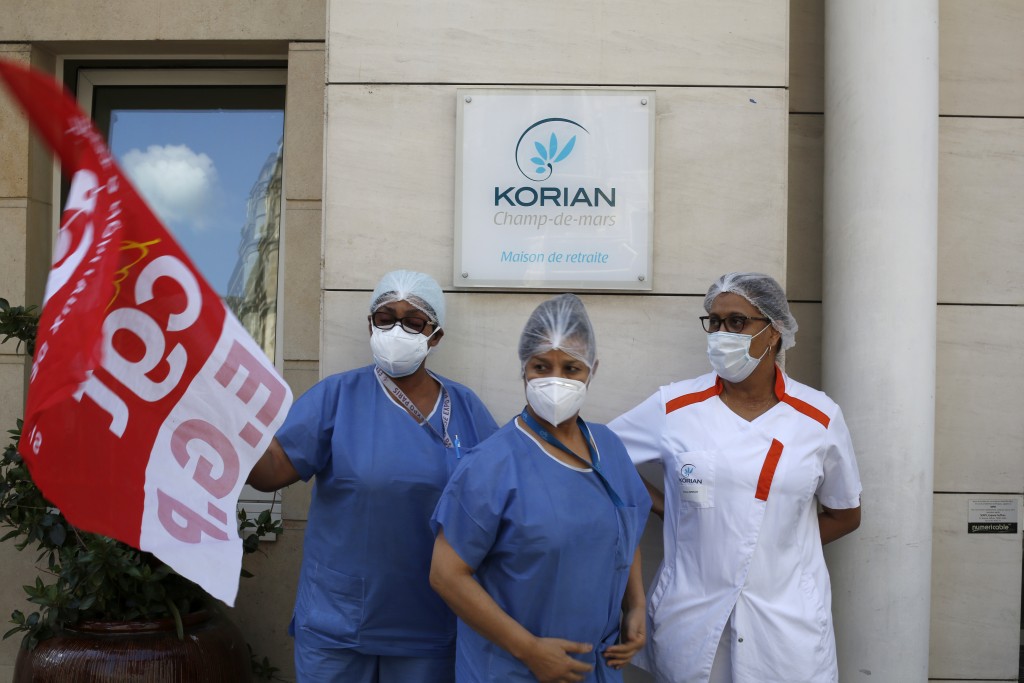 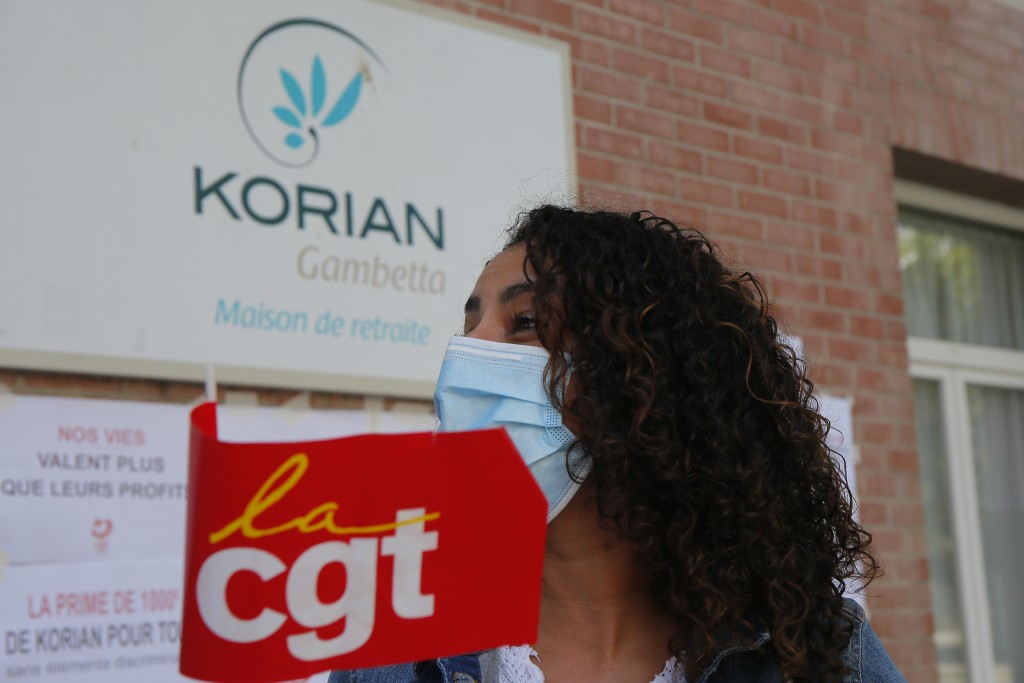 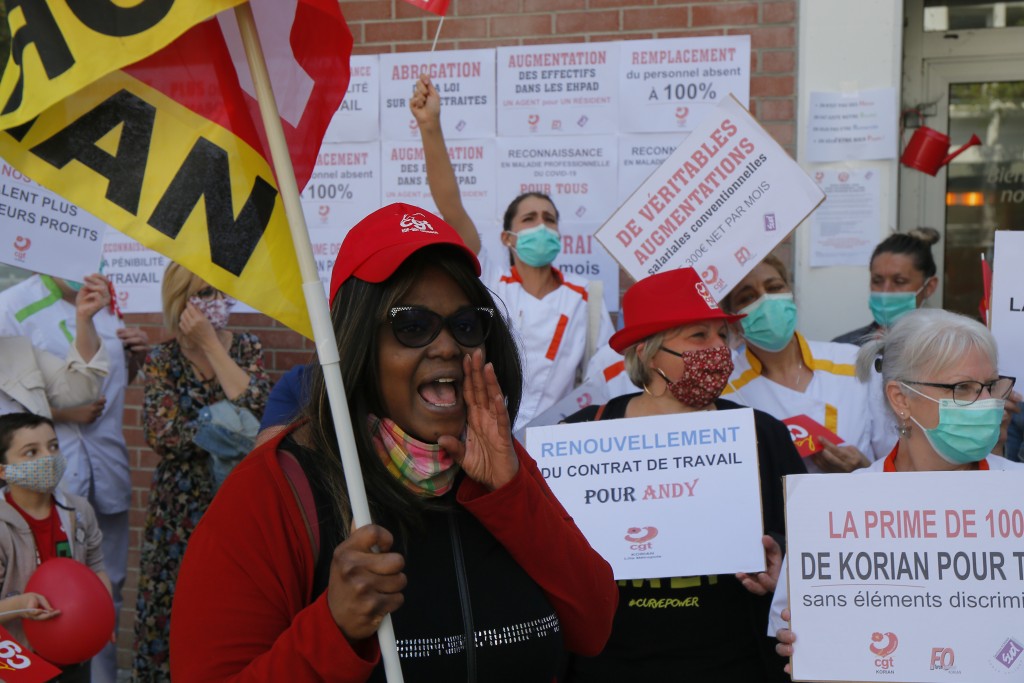 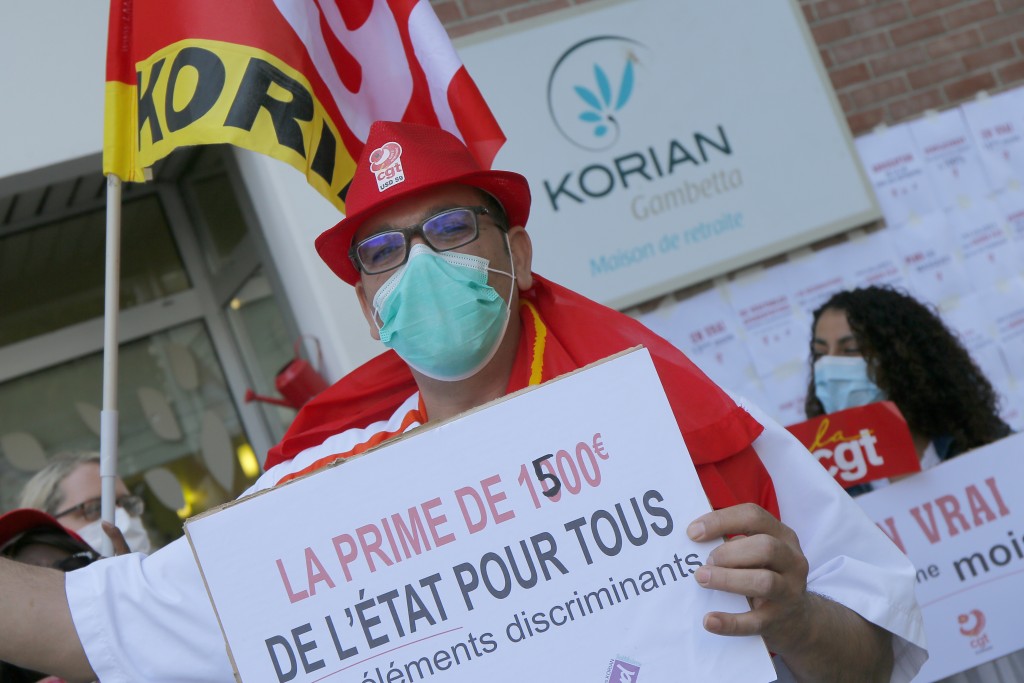 PARIS (AP) — Employees of a major group of French nursing homes on Monday took part in protests across France to call for better pay amid the coronavirus crisis.

Protesters gathered outside homes owned by the Korian group in Paris, Lille and other French cities in response to a call from several far-left unions.

The government is formally opening on Monday two months of talks with healthcare workers over changes to France's public health system, which has suffered from decades of cuts.

Korian is one of the market leaders in the provision of care for older adults. It has more than 850 facilities in Europe, employing more than 53,000 people and caring for 300,000 people in France, Germany, Belgium, Italy, Netherlands and Spain.

In France, where Korian manages nearly 300 care homes, the group is facing several lawsuits filed by families who have lost loved ones during the coronavirus pandemic. Prosecutors have opened police investigations.

France has counted more than 14,000 COVID-19 deaths among nursing home residents, accounting for nearly half of the country’s total of more than 28,300 deaths.

The government said that all staff working in public hospitals and nursing homes in the regions hardest hit by the virus will get a 1,500-euro ($1,632) bonus from the state.