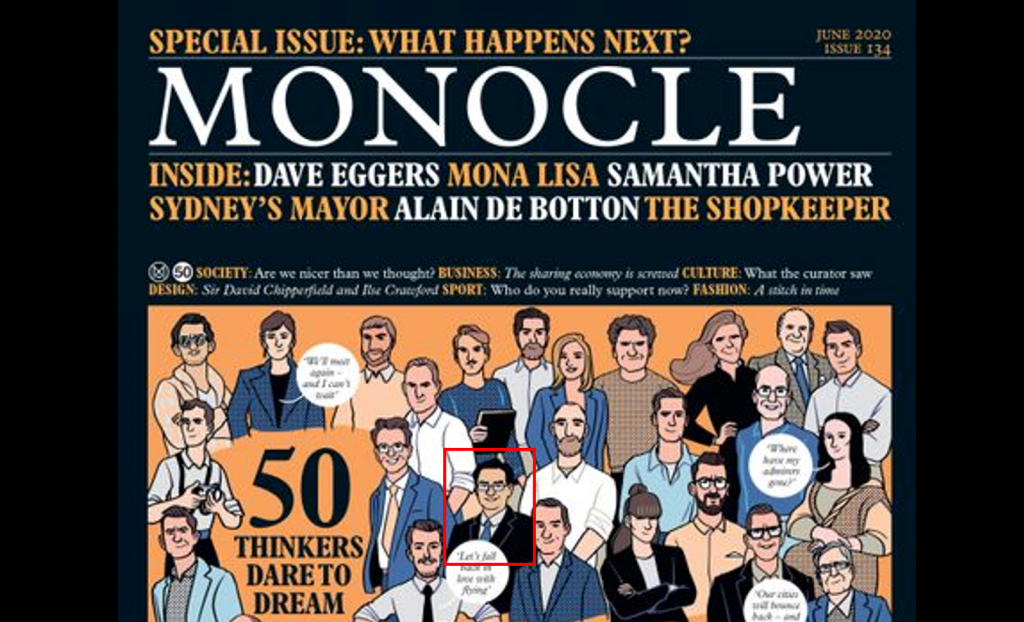 TAIPEI (Taiwan News) — British magazine Monocle featured an interview with Taiwanese Foreign Minister Joseph Wu (吳釗燮) in its June issue in which he talks about the island nation's status in global affairs and why it should be included in the World Health Organization (WHO).

In the issue titled "What Happens Next?" Monocle reached out to 50 influential figures, including writers, politicians, and architects, about the future of cities and businesses after the coronavirus. In the interview with Wu, the magazine commented that although Taiwan has successfully curbed the spread of the virus and implemented comprehensive testing amid the outbreak, quarrels between it and China as well as with the WHO have hindered the sharing of its experience.

Wu said that Taiwan's participation in the WHO would benefit all member nations, as it would greater facilitate the exchange of information. Although many countries have been forced to choose between China and Taiwan, Wu emphasized that Taiwan would never enter a diplomatic war with China to fight for allies, LTN reported.

"Taiwan treasures its relationships with its allies. If other countries are willing to recognize Taiwan's sovereignty, we wholeheartedly welcome them," he said.

Monocle also wondered whether the invitation extended by Taiwan to U.S. journalists expelled from China and its massive mask donations were aimed at increasing its reputation and earning back former allies. Wu pointed out that Taiwan's helping countries ravaged by the coronavirus is simply a righteous deed and not related to China.