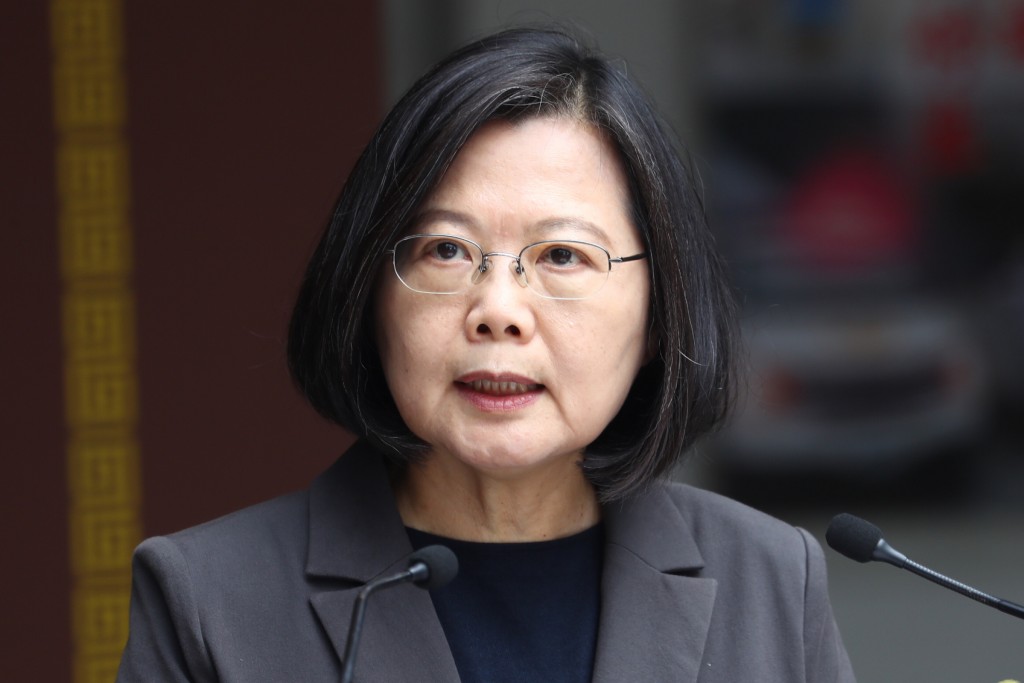 In a Facebook post on Sunday, Tsai wrote that China's National People's Congress is planning to bypass Hong Kong's legislature by enacting the "Hong Kong version of a national security law," which "seriously threatens Hong Kong's future." She stated that if the law is implemented, "the core values of Hong Kong's democratic freedom and judicial independence will be seriously eroded."

She added that the pledges guaranteed by China in the Sino-British Joint Declaration — that Hong Kong would be "unchanged for 50 years" and that "Hong Kong people would run Hong Kong with a high degree of autonomy" are also on "the verge of bankruptcy." Tsai said the solution to the Hong Kong people's desire for freedom and democracy is not fear and repression but to truly implement freedom and democracy to regain the trust of the people and return peace to the society.

As for the current developments in Hong Kong, Tsai said her government is closely monitoring the situation to ensure that national security and interests are fully protected while engaging in bilateral exchanges. Tsai wrote that she would consider invoking Article 60 of the Mainland Affairs Council's Laws and Regulations Governing Relations with HK and Macau and implement “necessary emergency measures” to assist the Hong Kong people if the situation continues to worsen.

Article 60 stipulates that if any change occurs in Hong Kong or Macau that endangers the security of Taiwan, "The Executive Yuan [Cabinet] may request the President to order suspension of the application of all or part of the provisions of this Act." This could open the door to legislation that could provide asylum to political dissidents in Hong Kong, as there is currently no such provision.

Another possibility is that Article 18 of the act could be invoked or amended to provide asylum or other assistance to Hong Kong pro-democracy protesters. Online commentator Jeremy Huai-Che Chiang (江懷哲) posited that either Article 17 of the Act Governing Relations between the People of the Taiwan Area and the Mainland Area or Article 18 of the Regulations Governing Relative Dependent Residence, Long-term Residence, or Settlement of People of Mainland Area in the Taiwan Area could be invoked to allow long-term residency based on "political considerations."

If Article 60 is invoked to suspend the entire act, Hong Kong's special status would be revoked, affecting trade, travel, cultural exchanges, and many other facets of the relationship between Taiwan and Hong Kong.

Most important part of the statement is the potential termination of #Taiwan's "Laws and Regulations Regarding Hong Kong & Macao Affairs" ( 香港澳門關係條例) if future developments in HK necessitate it. https://t.co/wihJzdgA59