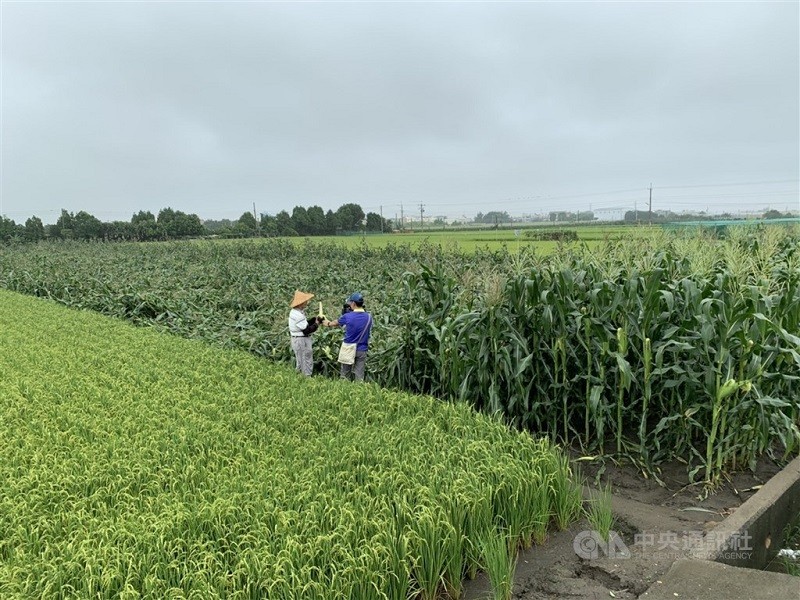 Agricultural losses caused by the torrential rainfall that drenched Taiwan over the past few days had risen to NT$19.80 million (US$657,552) around the country as of Sunday, according to the Council of Agriculture (COA).

Municipalities and cities that were most hit by the rain, brought by the annual plum rains accompanied with strong southwesterly winds, were Pingtung County, Yunlin County and Kaohsiung in the south, the COA said in its report of heavy rain-caused agricultural losses.

In terms of produce category, rice accounted for the hardest-hit at 455 hectares, followed by corn, bellfruit, bitter melons, peanuts and bananas, the COA said.

Over the past three days, mountainous areas in Pingtung and Kaohsiung recorded the heaviest rainfall across the country, reaching 600-900 millimeters, data from the Central Weather Bureau (CWB) showed.

The downpour led to road damage and traffic disruptions, with one fatal accident accountable to the rainfall.

An official from the Directorate General of Highways was reported to have died during a patrol on road and flood conditions in Taitung County.

While the rainfall eased up islandwide on Sunday, the CWB said, the plum rain front will begin to move northward again on Monday and could bring torrential rain to western and northeastern parts of the country between Tuesday and Thursday before the weather stabilizes Friday.