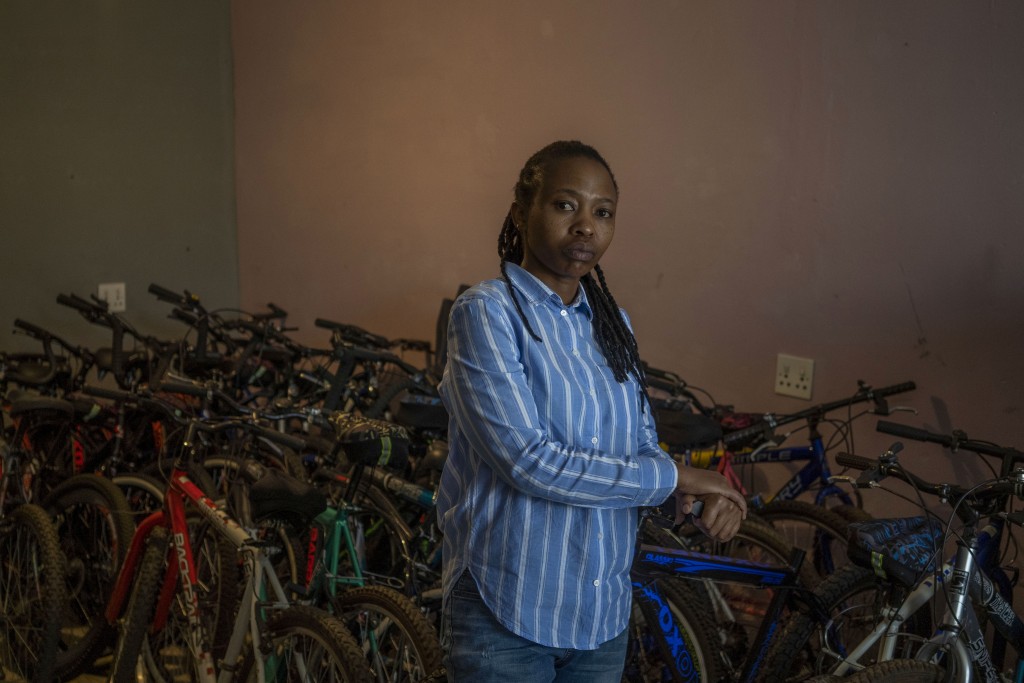 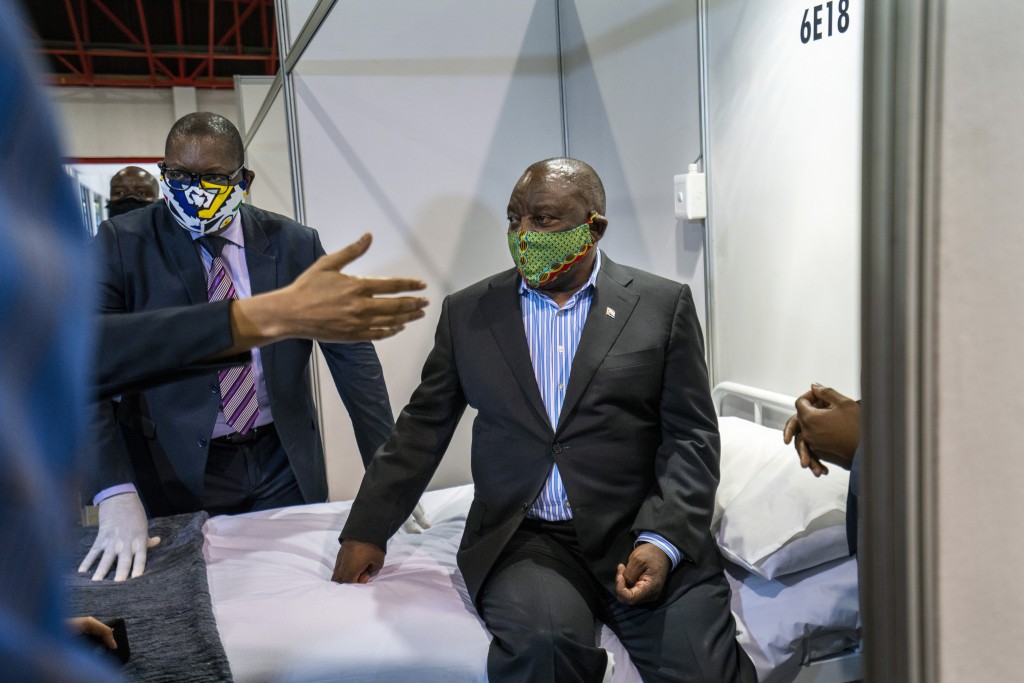 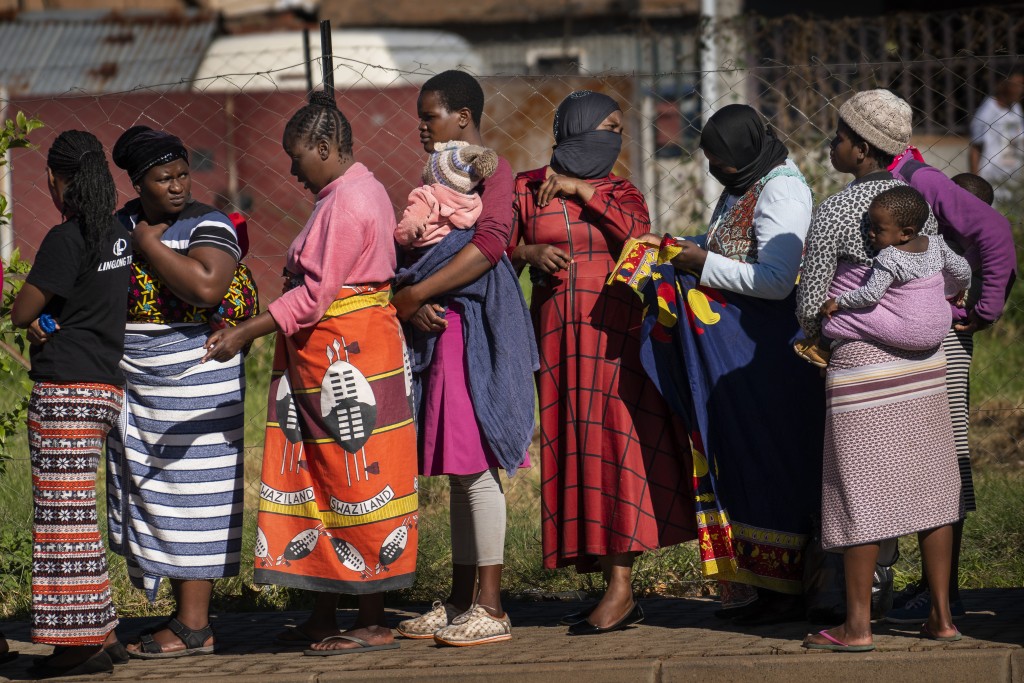 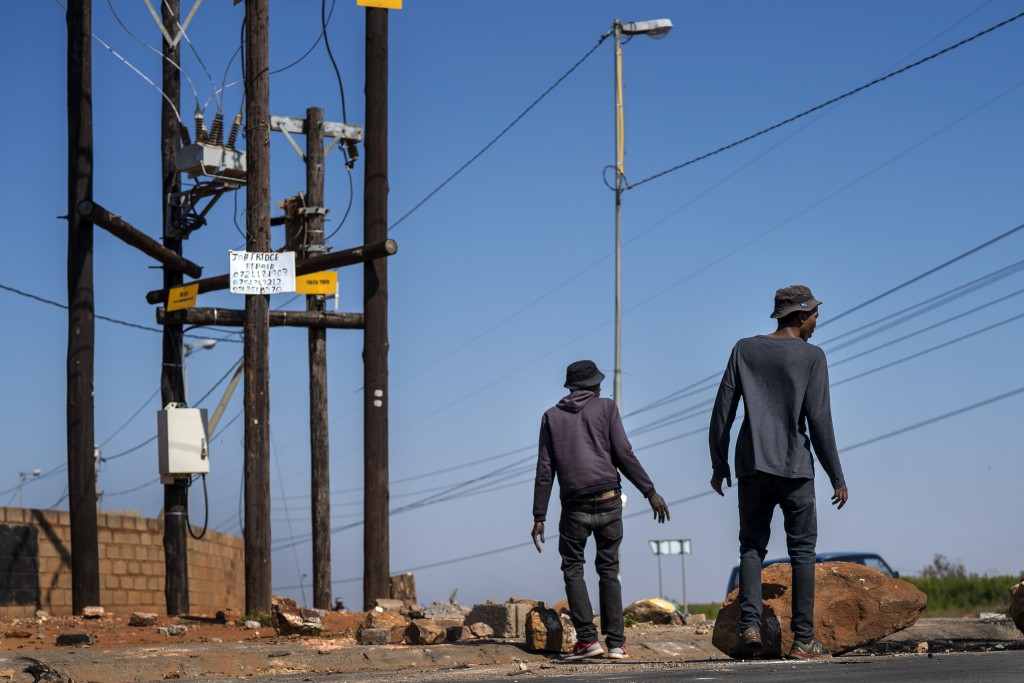 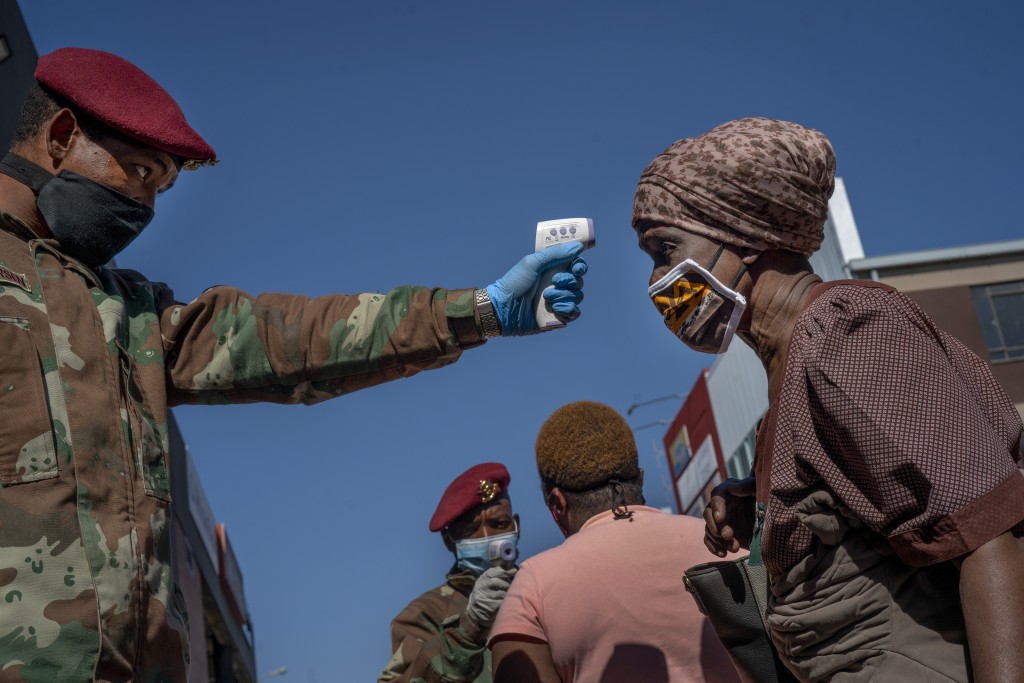 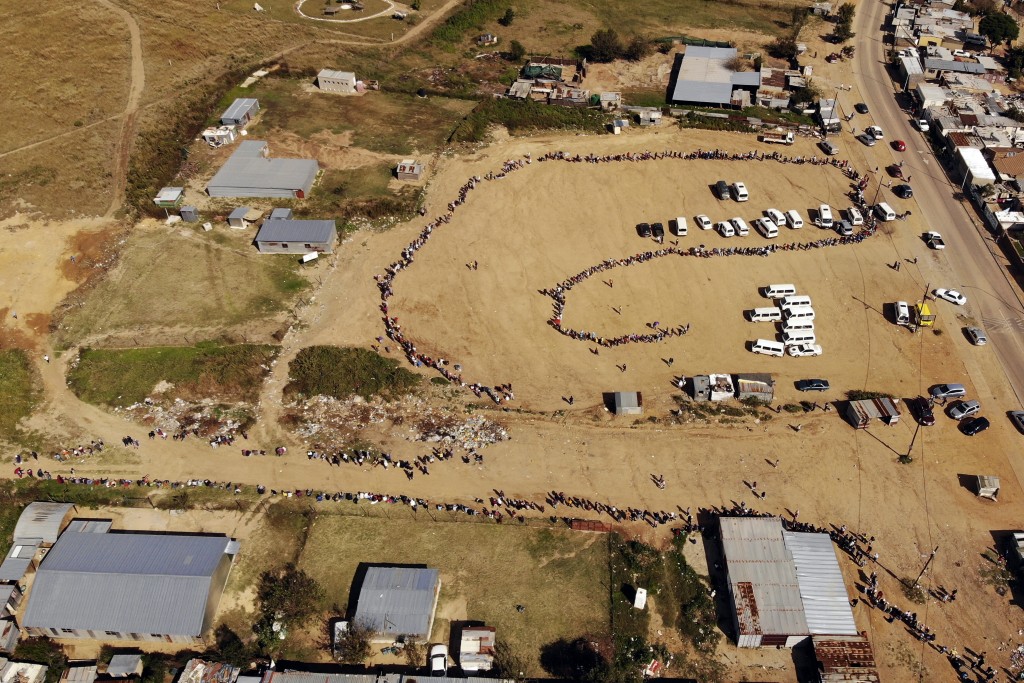 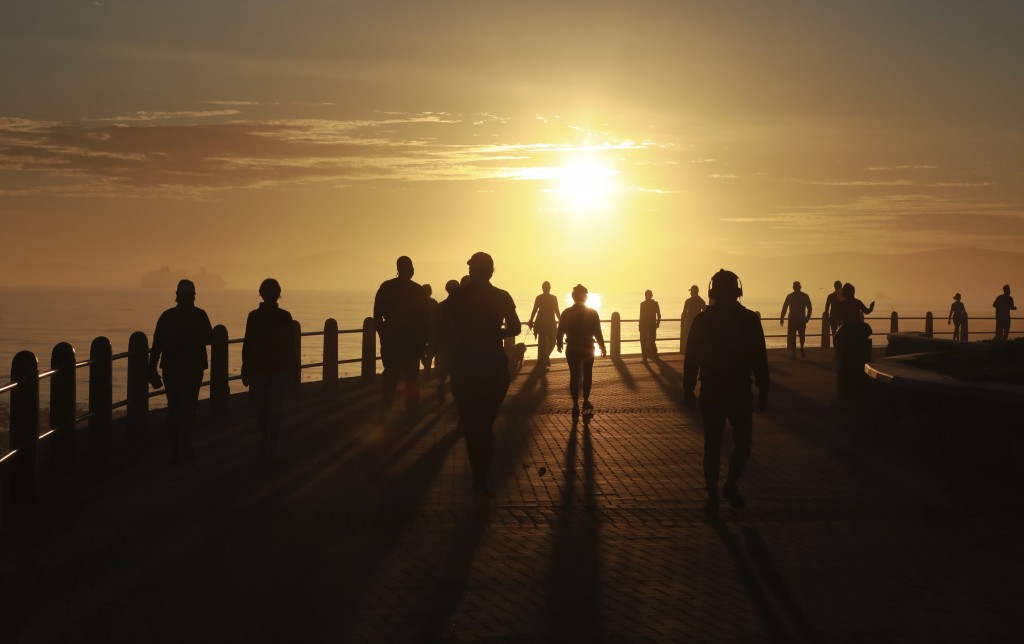 JOHANNESBURG (AP) — With her winning smile and outgoing nature, Fino Dlamini was a natural to succeed in South Africa’s booming tourism industry.

Her bicycle tours of Soweto took visitors to historic sites, including the homes of Nelson Mandela and Archbishop Desmond Tutu, and to restaurants where they could meet South Africans. The tourists and locals would quickly connect over shared interests in sports or TV shows, forming instant bonds that were "magic,” she said.

Business was good in January and February, and projections for the rest of 2020 were excellent. Then the coronavirus brought everything to an abrupt halt. Dlamini was confined to her small home under a strict lockdown, with few options for earning money.

Millions of other South Africans share in the same misfortune. The country with the continent’s most developed economy also has its highest number of confirmed infections — more than 21,000, representing 20% of Africa's total. And because the disease may not hit its peak for four more months, leaders expect to spend an especially long time balancing the risks to public health with the economic activity essential to the national welfare.

“We must save lives and livelihoods,” South African President Cyril Ramaphosa said this month an address to the nation.

So far, South Africa has not seen the explosion of virus infections that emerged in Europe. One possible contributing factor is the country's youthful population, with just 3% of people above the age of 60, say several health experts. Africa's small elderly population may help explain why the disease is spreading relatively slowly across the continent.

South Africa is still in the early stages of the pandemic, leading health experts to predict the peak could come as late as August or September. A surge of cases in Cape Town suggests that city might reach its maximum near the end of June. The forecasts portend a lengthy wait to resume normal activity.

Other African countries appear to be on a similar trajectory. Forty-three of the continent's 54 nations have imposed containment measures, including lockdowns, bans on public gatherings, school closures and curfews.

The lockdown that began March 27 in South Africa is increasing tensions in Soweto, said Dlamini, who closed her tourism business.

“People are destitute and feeling desperate,” Dlamini said. “It’s heartbreaking and scary. I tell friends that we must get through this hard time, that a vaccine will be found and we can get back to business. ... But right now, it’s hard.”

With 25 bicycles, a vehicle and a trailer sitting idle, Dlamini decided to move into something entirely new. She is now selling meat products from her car to Soweto residents. “Ribs, pork trotters, beef bones — these are all popular,” she said. “People are calling me for repeat orders, so business is looking good.”

Five weeks into the lockdown, South Africa began a gradual easing on May 1, allowing selected mines, factories and businesses to reopen with up to 30% of employees. Restaurants can serve takeaway meals, and people are permitted to walk outside for exercise from 6 a.m. to 9 a.m.

But the economy, already in recession, keeps plummeting. The unemployment rate was at a staggering 29% even before the virus hit, and the jobless rate could rise to 50%, according to the Chamber of Commerce. Lines of hungry South Africans stretch for miles at sites where the government or charities distribute food.

“Our people need to eat. They need to earn a living,” Ramaphosa said when launching a $26 billion recovery package, the largest in Africa. It includes increased payments to 16 million people already on welfare and monthly payments to the newly unemployed.

The economic downturn is expected to shrink Africa’s economies by more than 5%, according to the NKC African Economics research firm. Most punishing are the effects on the millions of Africans who rely upon daily trading to earn money to eat.

Ghana, in West Africa, was the first country to lift its restrictions, on April 20, in response to economic pressures. Ten days later, the country registered a spike in confirmed cases of COVID-19.

South Africa is still a long way from full economic activity, and further easing will be determined by the spread of the disease and hospitalizations.

Cape Town and the surrounding Western Cape province are at the center of the outbreak, with 65% of the country's total cases. South Africa has screened more than 8 million of its population of 57 million and is now testing more than 20,000 people per day. More than 30,000 community health workers with experience in tracking contacts of tuberculosis patients are now doing the same for positive cases of COVID-19.

In preparation for more infections, South Africa has built field hospitals with an estimated 20,000 beds and has created areas where people living in crowded conditions can be quarantined if they test positive. However, the country is short of intensive care beds.

Amid the medical challenges, the imploding economy puts pressure on Ramaphosa to reopen more of the country. Other African economies face the same problem as they endure two simultaneous blows: the virus outbreak and a slump in demand for key exports to Europe and Asia.

With the majority of Africans eking out their living on a day-to-day basis, any restrictive measures are quickly felt and “risk civil disobedience if protracted,” said Benedict Craven, the Economist Intelligence Unit’s country risk manager for Africa.

In the effort to balance health and economic needs, “there is no way of successfully attending to the one issue without disregarding the other,” said Pieter du Preez, senior economist at NKC African Economics. He warned of an “economic quagmire,” including increased unemployment, widespread hunger and a humanitarian crisis.

South Africa is rated as one of the world's most unequal countries, and the president has said in his evening addresses to the nation that his response to the pandemic aims to build a more equitable country.

Dlamini, the tour operator now selling meat, said she is inspired by Ramaphosa's approach, which includes government deliveries of water to areas that did not have it and discussions about the possible installation of toilets in schools that offered only pit latrines.

“We are showing that we can doing something here in South Africa, that we can build a more equal society,” Dlamini said. "We must work for that!”