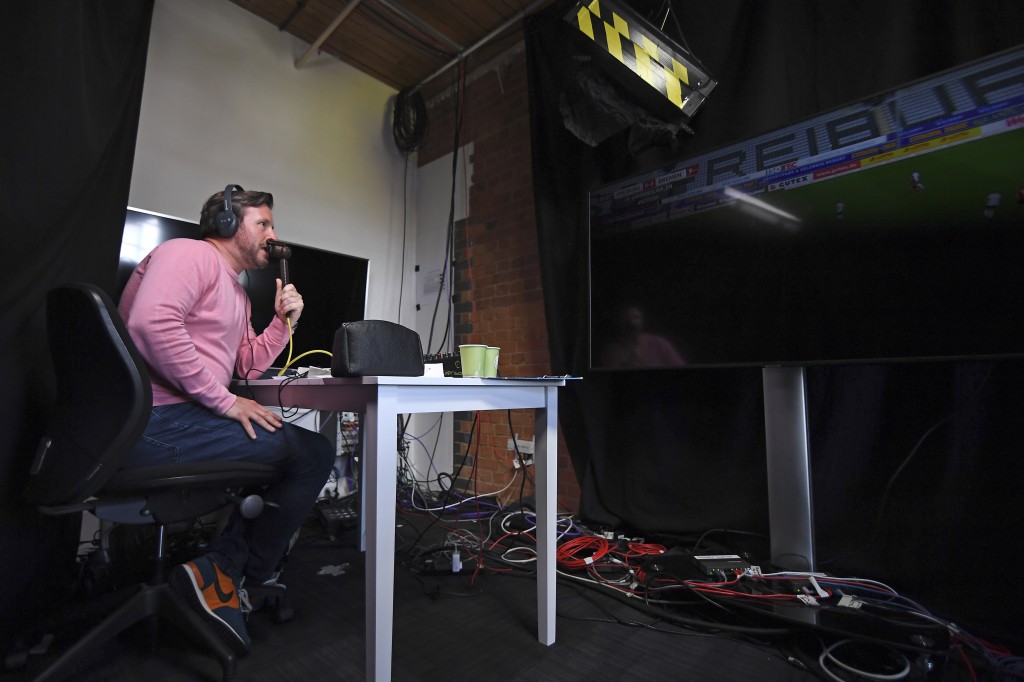 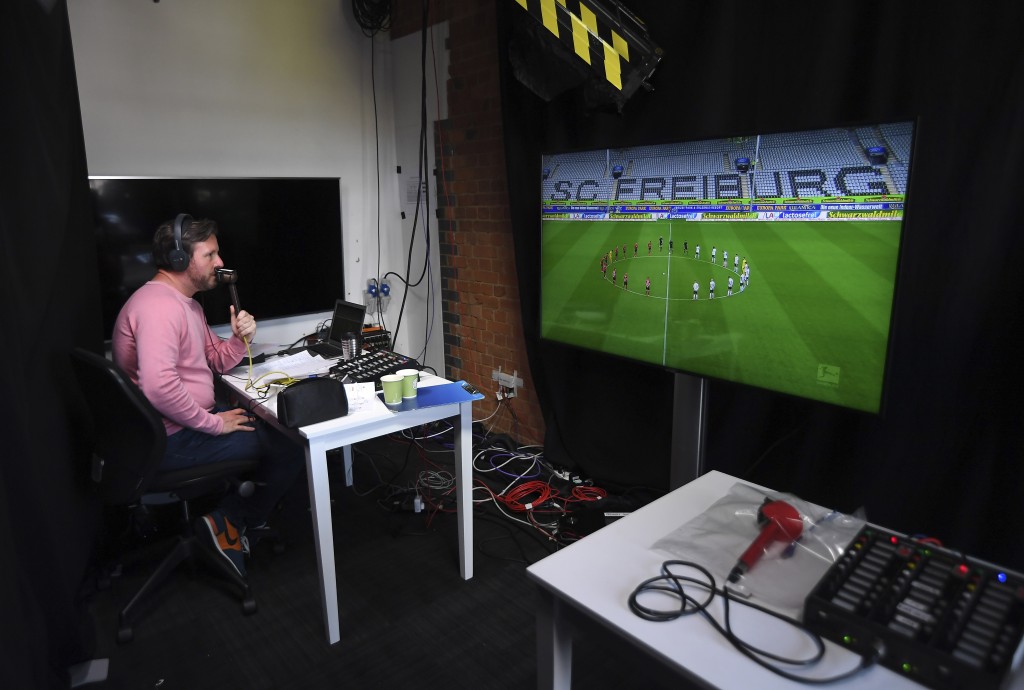 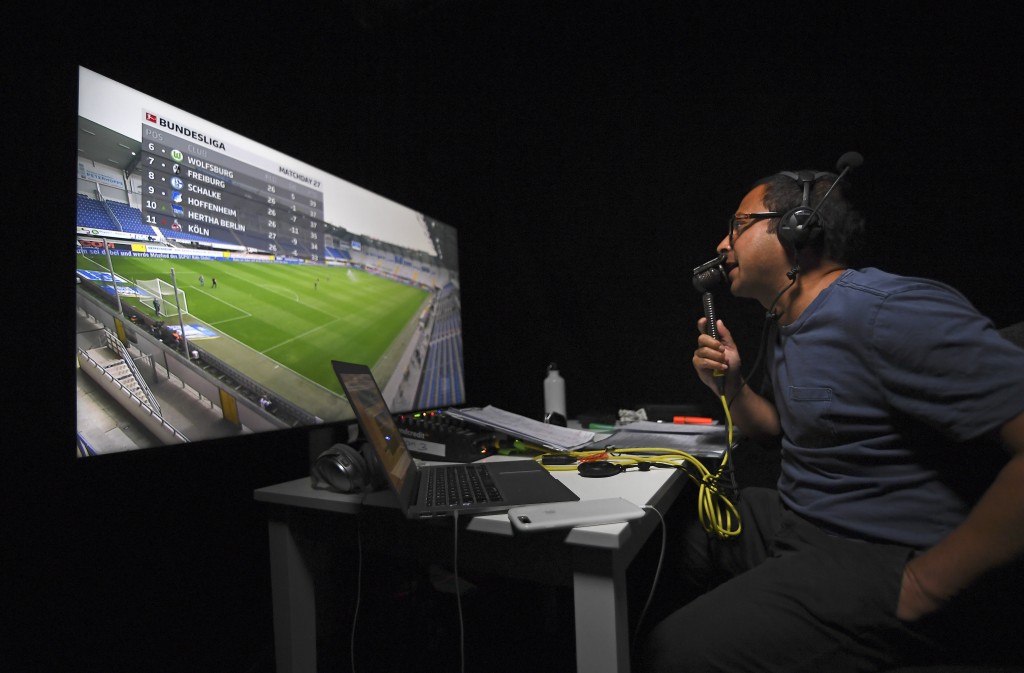 LONDON (AP) — The resumption of the German soccer league has put players back on the field, coaches back on the sideline, and commentators back in the booth.

The booth, however, could be just about anywhere.

Dan O’Hagan is a veteran soccer commentator who has called games at the World Cup, in the English Premier League, the Italian league, and even the Japanese league, among many others. He also does Bundesliga matches in English, but on Saturday he was working from a small studio in north London because of restrictions on travel during the coronavirus pandemic.

“Normally we’d be in Cologne doing these games, in Germany,” O'Hagan said from the studio in the same building that houses The Associated Press. “Obviously that now is not possible, but doing games from studios for most commentators now, it’s almost second nature. So that doesn’t really present a new challenge.”

The big challenge actually came last week, when Germany became the first country to restart a major soccer league amid the pandemic, albeit in empty stadiums and with social distancing protocols in place.

It wasn't just the players that were out of practice.

“I think (it was) eight weeks without working," O'Hagan said, "so I was a bit worried that I might be a bit rusty.”

One of the most important elements for O'Hagan during the resumption has been keeping the right balance between soccer and the deadly effects of the virus around the world.

Germany seems to have handled the pandemic better than many other big countries, but it still has reported more than 8,000 deaths.

“We want to hit the right tone because it’s a very serious global situation, so we want to make sure that our coverage reflects respectfully both the tone and also the measures in place from the German football league to ensure the games are played safely,” O'Hagan said.

“The German game has done all it can to get the games on so we feel a responsibility to portray the league in a light that shows these efforts.”

The remote commentators don't have any control over the pictures that they have to talk over, but that is normal when calling games from a studio, O'Hagan said.

The weird aspect of these particular games, though, is the empty stadiums.

“OK, there’s no fans there, but the pictures are still the pictures we’d get anyway in terms of angles, in terms of number of cameras, and closeups,” O'Hagan said. “So there’s no great difference in calling the game here or in Cologne or in the stadium.”