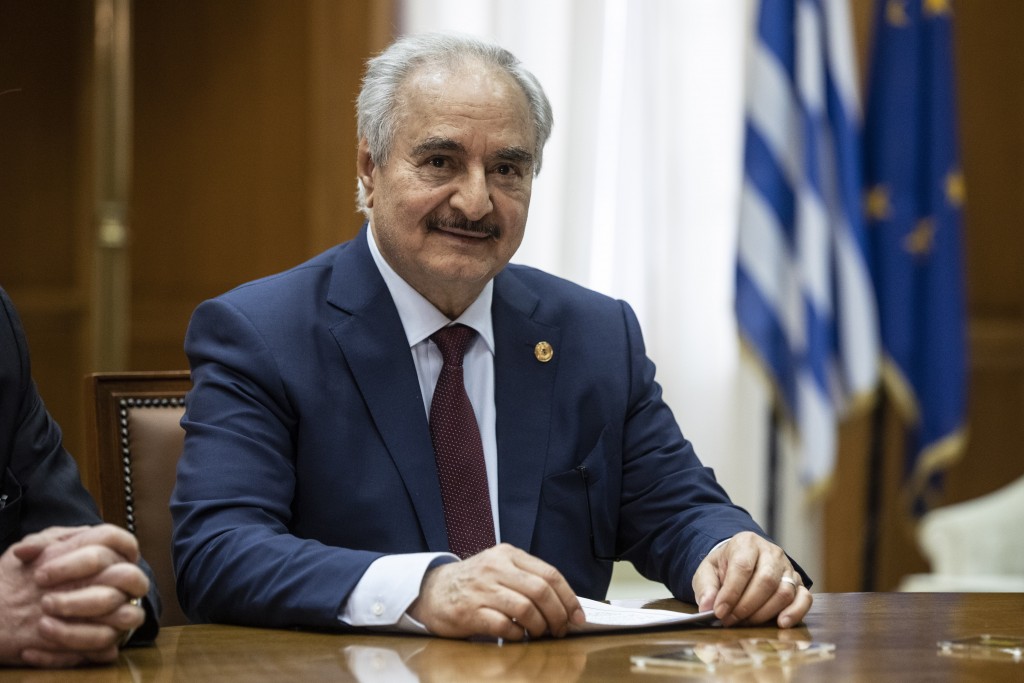 CAIRO (AP) — The military commander of eastern Libya-based forces Saturday said they will continue fighting forces loosely allied with the U.N.-supported government in Tripoli, even though his campaign has suffered setbacks in recent weeks.

Field Marshal Khalifa Hifter, commander of the self-styled Libyan Arab Armed Forces, has been waging a campaign for over a year to take the capital, Tripoli. The military tide has been reversed in recent weeks, and his forces lost several towns and a key airbase.

Hifter’s side controls the country’s east and most of the south, while the U.N.-supported government controls areas in the west, including Tripoli.

In a two-minute audio speech addressed to his forces, Hifter said they “will fight and fight” against what he called “Turkish colonialism.”

Turkey is aiding the embattled government in Tripoli. It has recently stepped up its military support with armored drones, air defenses and Syrian mercenaries with links to extremist groups. That has helped turn the tide against Hifter’s forces. The LAAF, meanwhile, are backed by the United Arab Emirates, Egypt and Russian mercenaries.

“To our brave officers and soldiers, you are fighting a holy war that is open to all fronts, a comprehensive war in which there is nothing but victory,” Hifter said in the speech.

Col. Mohamed Gnounou, a spokesman for the Tripoli-allied forces, said Saturday they seized control of two military camps in the outskirts of Tripoli, which Hifter’s forces claimed at the beginning of their campaign last year.

Hifter’s LAAF said, however, its fighters were merely completing a retreat of 2 to 3 kilometers (about 2 miles) from Tripoli’s southern reaches to allow families to visit each other safely in celebration of the Eid al-Fitr holiday Sunday. It said they shot down two Turkish drones over southern Tripoli that were targeting their forces.

U.S. Ambassador to Libya Richard Norland on Saturday called for the end of the “destabilizing flow” of Russian and other foreign military equipment and mercenaries into Libya.

“The needless offensive against Tripoli must end so all foreign forces can depart and Libyan leaders who are prepared to lay down their weapons can come together in peaceful dialogue on the issues that divide them,” he said.

The escalation in fighting comes despite increased international pressure on both sides to return to negotiating a political settlement and to halt the violence over concerns about the spread of the coronavirus. Libya has reported at least 75 cases of COVID-19, the illness caused by the virus, including three deaths.

The oil-rich country has been in turmoil since 2011, when a civil war toppled long-time dictator Moammar Gadhafi, who was later killed. Libya has since split between rival administrations in the east and the west, each backed by armed groups.

The turmoil in Libya has steadily worsened as foreign backers increasingly intervene — despite pledges to the contrary at a high-profile peace summit in Berlin earlier this year.