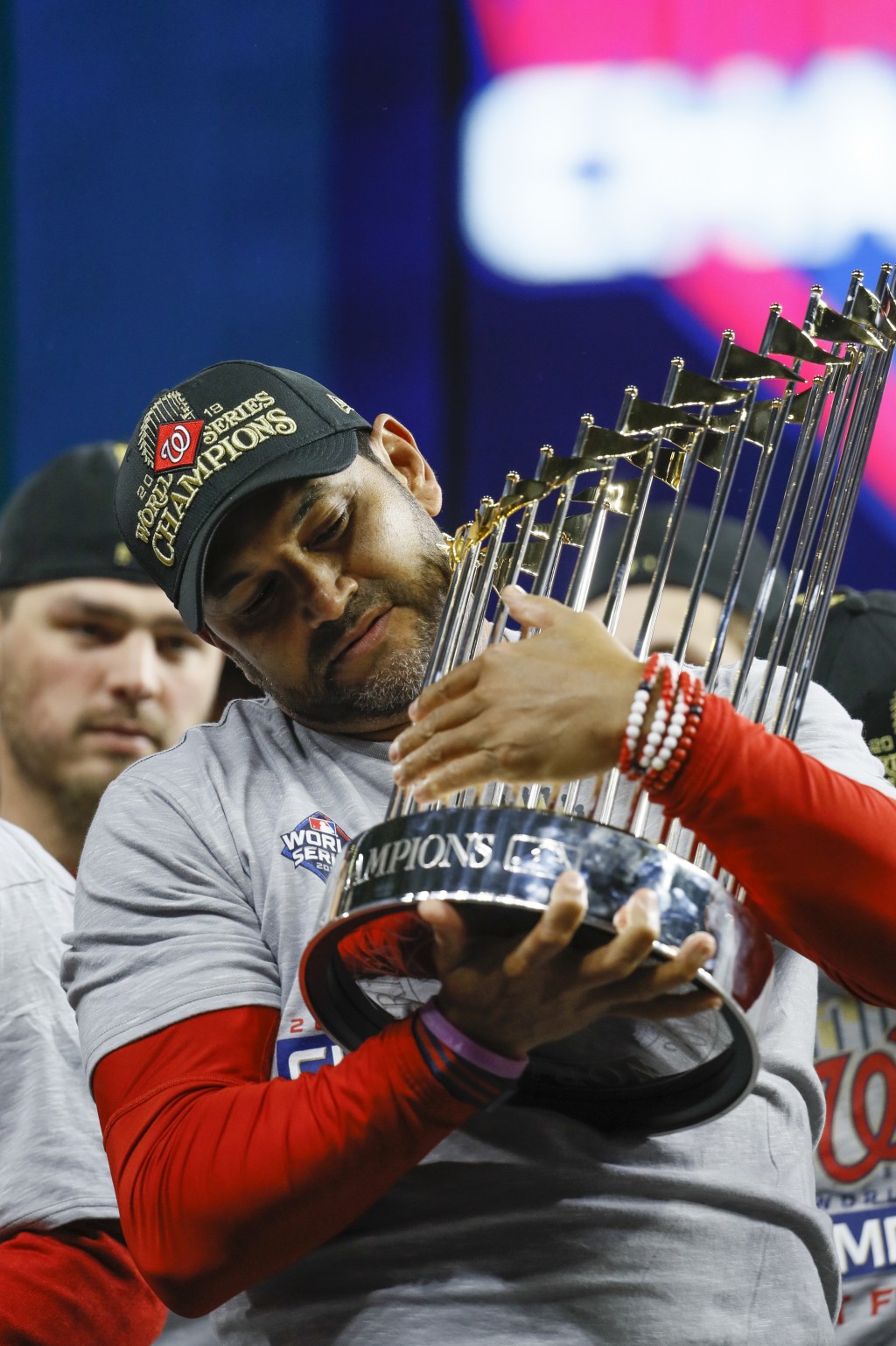 WASHINGTON (AP) — The Washington Nationals have changed their plans for their virtual World Series ring ceremony after players decided they would rather wait until they could reunite in person to receive their new jewelry.

The Nationals had announced they were going to give out the rings during a show broadcast on television and online — an unprecedented approach brought about by the coronavirus pandemic. They still plan to unveil the design of the ring Sunday and go ahead with a fundraiser for two food banks and the showing of a documentary about Washington’s 2019 season.

The Nationals consulted some team leaders before moving forward with the virtual ring ceremony.

“When team leaders discussed the plan this week with the players, the players collectively decided they would prefer to receive their rings when the team could be physically reunited. We support that decision,” the team said in a statement.

The show was planned for Sunday because of the date's significance in last year's title run. A year ago, Washington went into that day with a 19-31 record before starting a turnaround that led to the franchise’s first World Series appearance and championship.