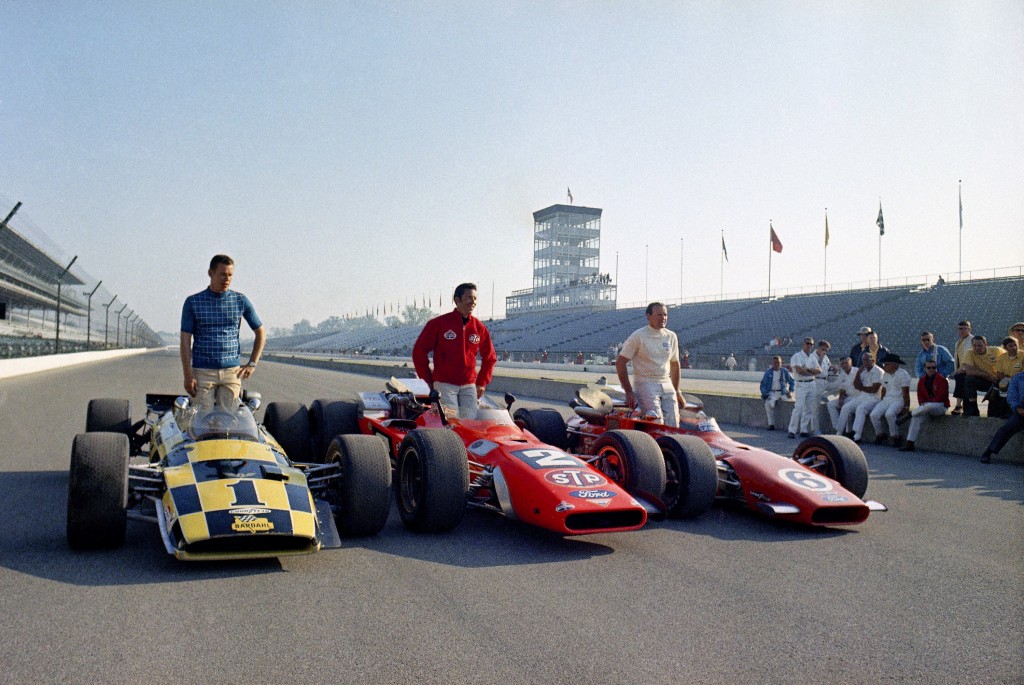 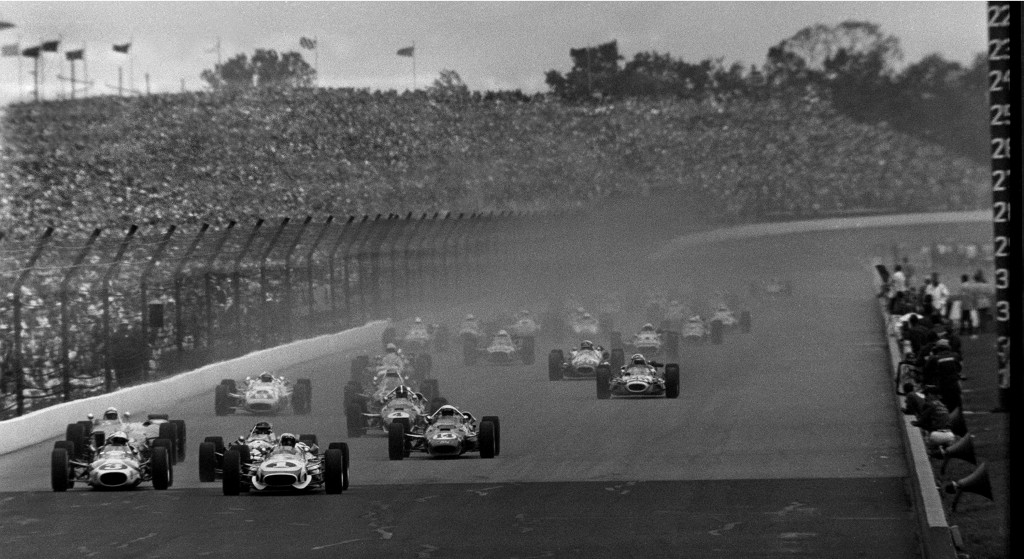 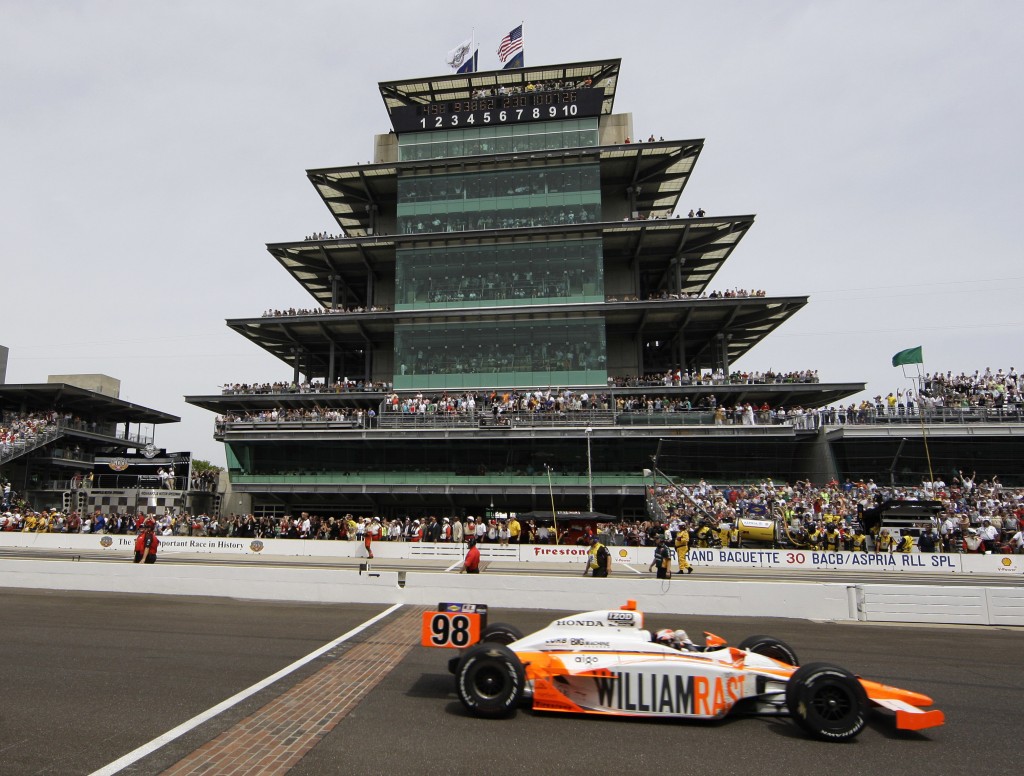 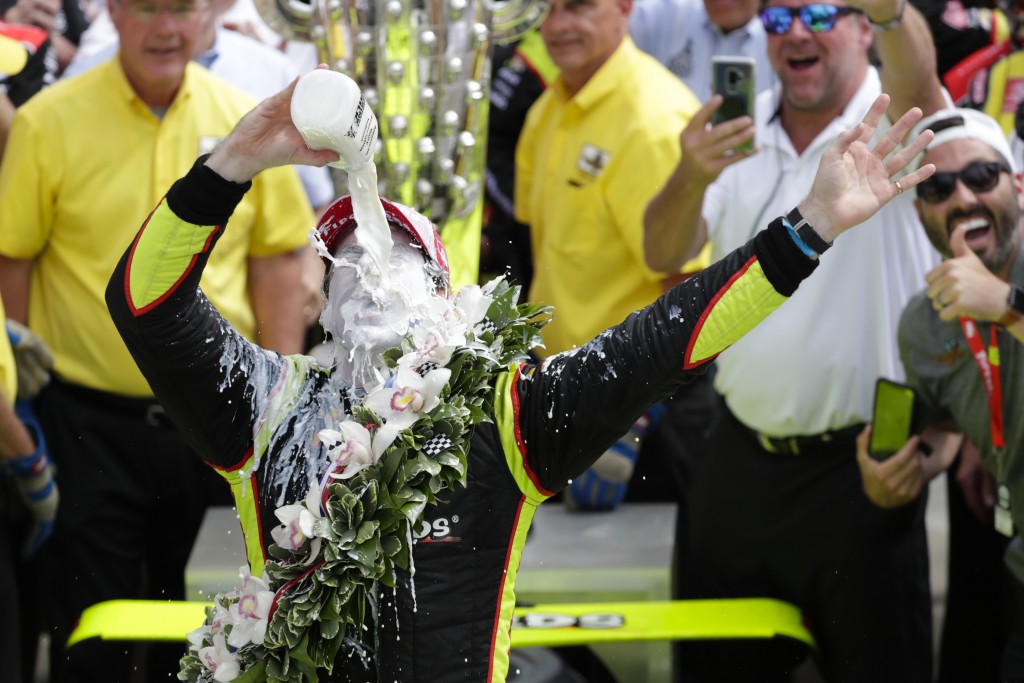 In 2016 in the lead-up to the 100th running of the “The Greatest Spectacle in Racing,” The Associated Press interviewed the 27 living race winners on topics ranging from the greatest driver to their most memorable moment. The AP this week reached the four winners since 2016 to update the story below on the greatest race that was originally sent May 23, 2016.

INDIANAPOLIS (AP) — Ryan Hunter-Reay admitted he was biased when asked four years ago about the greatest race in Indianapolis 500 history. He made it clear his own 2014 victory was based more on merit than ego.

There was a red flag with seven laps to go. The lead changed just about every lap. Marco Andretti came oh-so-close to ending his family’s Indy 500 curse. And ultimately, Hunter-Reay held off three-time winner Helio Castroneves in the second-closest finish in history.

Back in 2016, it wasn’t even in the top five according to a survey of the 27 living winners conducted by The Associated Press in advance of the 100th running of the Indianapolis 500. That survey declared Al Unser Jr.’s victory over Scott Goodyear in 1992 as the greatest race.

“That,” said 1963 winner Parnelli Jones, “was kind of outstanding.”

The AP this week contacted the four new members of the Indy 500 winners club for their views on the best race. Hunter-Reay’s victory was selected by both Will Power and Takuma Sato.

“In my era of racing, the year that Hunter-Reay and Helio went at it,” said Power, the 2018 winner. “That was probably one of the most epic finishes. It was exciting for the fans.”

Sato also gave the nod to Hunter-Reay’s victory but didn't dismiss his 2017 victory, either.

“I mean, someone should pick (2017), I’m just not sure it should be me,” Sato said. “I remember how excited I was, I wanted to just thank the guys over the radio but I was screaming so hard, and it was a mix of Japanese and English. It was quite exciting.”

Defending race winner Simon Pagenaud, who made it back-to-back victories for Team Penske last year, could actually recall nearly 20 years of past 500s because he studies them.

“I try to learn from past maneuvers and manage new maneuvers and last year I came out with a new maneuver right at the end of the race that was based on bits of other moves throughout the years,” he explained.

As for his favorite, the Frenchman selected 1991 when Rick Mears beat Michael Andretti to join the club of four-time winners.

“They were really going at it. It was a different track, they had the apron, they could use the apron, which created really exciting racing,” Pagenaud said. “Rick Mears that day was definitely in his element and he had that move on the outside of Turn 1 that will always be one of my best memories.”

Alexander Rossi actually won the 100th running of the 500 as an IndyCar rookie after pulling the plug on his Formula One pursuits. Because he had grown up chasing a European racing career, Rossi didn’t quite grasp the overwhelming experience of the race or its place in history.

“I went into that race with no expectation of winning it. Never, at any point during that race, did I allow myself to think I was going to win,” Rossi said. “So it was all such a shock. My early impression of the 500 was that there was a lot of ‘extra’ and the biggest relief was when we got to get into the car and just drive. Then I win the race. I had no real idea of what to expect and it took a little bit to really sink in, and then suddenly, I saw it. I saw what is so special about Indy. Now I have a new respect for it, and a pent-up desire to win again.”

He naturally ranks that win as the best 500, but the American also enjoyed last year’s race when he finished second to Pagenaud.

“I’d say the 2019 Indy 500 is the one I’m the most proud of, even though we finished second,” Rossi said. “We came back from a bad pit stop and had some frustrating hold-ups on track. But we were able to overcome all that and be there at the end, with a genuine shot at winning."

With the newest winners weighing in, Hunter-Reay's victory in 2014 becomes the sixth to receive multiple votes from the Indy 500 winners as the greatest race. The others:

Along with Unser's victory in 1992, his duel and defeat to Emerson Fittipaldi in the 1989 race; the 2006 race, when Sam Hornish Jr. passed Andretti within sight of the finish; the 1982 battle between Mears and Gordon Johncock; and the 2011 race won by the late Dan Wheldon.

Perhaps it was Unser’s close call three years earlier, when he touched tires with Fittipaldi and crashed with a lap to go, that made the first of his two victories such a popular one.

The crash-filled ’92 race came down to the final 12 laps, when Michael Andretti appeared on his way to a long-awaited win. But after leading 160 laps, and building a 28-second lead, the fuel pump in his car shut down and Andretti rolled to a stop in the short chute to bring out the caution.

The race restarted with seven laps to go, and Unser and Goodyear went toe-to-toe. Unser wobbled just a bit in the final corner, Goodyear weaved behind him down the straightaway, then dove inside as the two cars crossed the finish line in a blur - the margin of Unser’s victory officially 0.043 seconds, closest in race history.

“Seeing him take the checkered flag was one of the greatest moments of my life,” said his father, Al Unser Sr., one of three drivers to have won four Indy 500s.

Not surprisingly, it was his son’s choice for best. It might have been Goodyear’s pick, too.

“The finish between Hornish and Andretti, it took me until then to finally get it,” said Goodyear, who helped broadcast that 2006 race for ABC. “I was taken in by it. Oh man, it was close. And it was like, ‘Now I understand how cool the end of our race was.’”

Fittipaldi called the first of his two wins “without a doubt” the greatest race in history. He nearly ended up in the wall with Unser Jr. after the two touched tires, but Fittipaldi made a dramatic save and then completed the final lap under caution to win.

Michael Andretti and Marco Andretti both led in the final laps, but father faltered and son was passed by Hornish a mere 450 feet from the line in the third-closest finish in race history.

“The way he went through traffic was just incredible and that allowed him to close the gap enough,” Mears said. “That was one of the most exciting ones I’ve seen.”

Johncock and Mears spent the final 40 laps engaged in a two-man race, putting an entire lap between them and the rest of the field. Johncock wound up winning by 0.16 seconds.

“Mears was coming like a freight train and Johncock was just trying to hang on,” recalled 1969 winner Mario Andretti, who had crashed out of the race. “That was a nail-biter.”

J.R. Hildebrand hit the wall while trying to avoid slower traffic in the final turn, allowing Wheldon to sneak by for his second victory - and a stunning one for his small Panther Racing team. It was also Wheldon’s final win. He died in an October crash at Las Vegas Motor Speedway.

“It was crazy,” recalled 2008 winner Scott Dixon, “but the most deserving won it.”